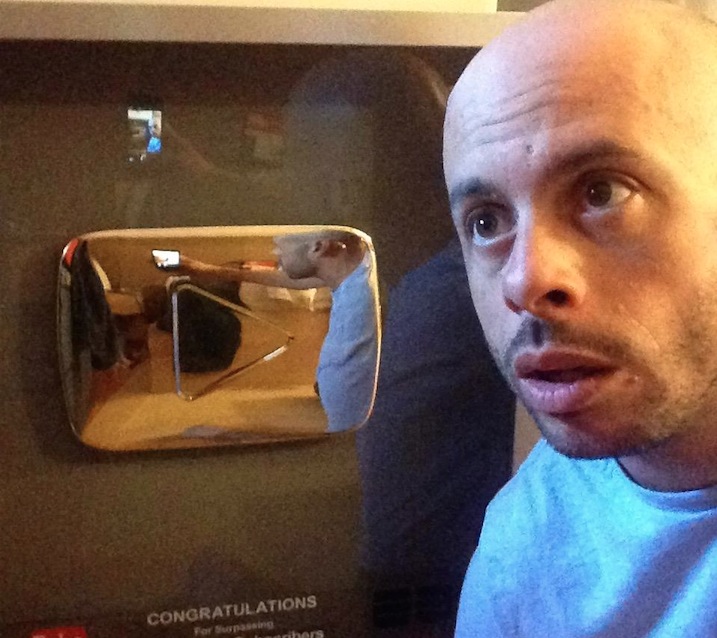 Would you just look at that... US comedy Creator Ed, known for the wacky character Teste, Skippy, Mumbles and Hacker has been award his gold play button by YouTube.
Ed, who is currently safely sat inside the list of top 500 YouTube channels, broke the 1 million mark back in 2013 but I guess smelting a gold play button takes some time but Ed's finally arrived.
Bassmaster celebrating the occasion by posting a photo (definitely not a selfie) on Twitter thanking YouTube for their gift.
Ed, who is currently signed to Maker Studios, now has 1.6 million subs and almost half a billion video views. He discovered YouTube while working in retail and decide to open an account and start making videos. He soon began to amass a huge following with his unique brand of prank videos and three years later ended up doing it full time as one of the first YouTube partners.

Coolest trophy ever. Thanks @youtube I'm looking up at the person taking the pic. This is not a selfie. I swear. pic.twitter.com/THIpp6S2ys

@edbassmaster Glad you like it! But we think something's up with your photographer ...