How Many Views Constitutes A Viral Video? 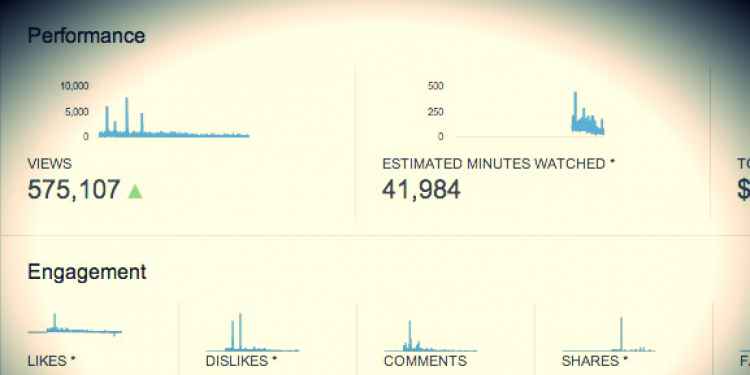 I've noticed a lot of conversations on the internet where people are debating how many views video needs to be considered as having gone viral.
The main objectives of any digital content is to keep the core audience engaged and to reach out to a potential new audience and connect them with the brand with the aim to convert them to regular users.
A lot of brands talk about producing "viral videos" to do this, of course you can't set out to make a viral video, it's the inhabitants of the internet who decide to make your video viral but how do you know when it has reached that status?
I've noticed a lot of conversations in blogs where people are debating how many views videos needs to be considered as having gone viral. The YouTube star Kevin Nalty AKA Nalts says that in the early days of the video sharing website he would class a video as viral if it had over a million views, now he puts the figure closer to five million.
I think my take on it is a little different, I don't think you can define virality based on YouTube viewing numbers. For example let's say a Music News Channel on YouTube has a million subscribers and they post a video about Justin Beiber. It would never actually happen, but if all one million subscribers watched that video would you say it had gone viral?
No, because the video hasn't been shared or spread to other networks. Viral content is content which has been shared organically across different networks whether they be industries, continents, fan groups or age ranges.
Another example, if a gardening blog has an average of 3,000 monthly reader and they write a post which picks up some attention, it gets shared beyond those interested in gardening or to gardeners around the world and ends up getting 30,000 visits, you could consider that viral. They've reached above and beyond their normal audience.
So, what constitutes a viral video? Not the number of views, but if you answer 'yes' to any of these questions I would suggest your content is probably viral...
- Did your content reach an audience which is substantially bigger than your normal audience?
- Did your content reach reach an audience demographic outside your normal networks?
- Was the majority of traffic to your content via social media?
Add A Comment
Tags:
youtube