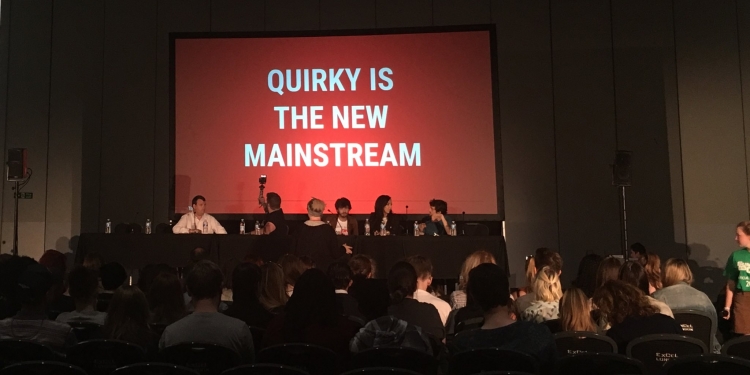 At the weekend I attended Summer In The City, the UK's biggest YouTube event and while I was there went to several panels, mostly those concerned with small and growing YouTube channels.
A recurring theme emerged from these panels, many of the Creators answering the question "how do you measure the success of your YouTube channel?"
It's easy to get caught up with the big numbers which are published on every channel, the numbers of views and subscribers.
These numbers are a great indication of success when looking at the likes of PewDiePie but not all YouTubers make videos because they want fame, many are happy with a small community of followers. So how should these smaller channels look for the signs of success?
There's nothing wrong with having a small audience if that audience loves what you're doing. Some smaller channels exists to serve a niche or community. A channel might be making videos about a very specific local issue, so they wouldn't want or need to grow their subscriber count.
For a smaller channel engagement is much more important than subscriber growth and this can be measured in a couple of ways.
Firstly, view count but not that channel-wide, top-level total. You need to delve into your Analytics and look at the video's performance. Remember to tick the 'subscribed' option so you can see how views from people who are and aren't subscribed to your channel compare. This will give you an idea of how many of your subscribers you are reaching. You should also look at watch time and audience retention to establish whether your viewers enjoyed your content, again compare these metrics between subs and non-subs if your aim is simply to please your subscriber base.
Secondly, look at your engagement. How many comments and likes are you getting on your videos and how do those numbers compare with similar channels?
One of the dangers of looking at the overall channel stats is that it only tells you how the channel has performed historically, not currently.
For example, Brett Domino is a mid-weight British YouTuber, his channel boast some pretty impressive numbers. 175k subscribers and 28 million views but those figures don't tell the whole story.
When you break down these numbers you find that Brett has had a few viral hits which have been relatively short lived. Looking at the channel's performance over the last 30 days you find that his subscriber growth has flat-lined and his monthly views are significantly less than other YouTubers of a similar size such as Hannah Witton.
So does this mean Brett Domino's YouTube channel isn't successful? No, of course not. He's audience are ture fans and are highly engaged. Last year he successfully funded a weekly YouTube series through Patreon. He sells merchandise (I personally own three t-shirts) and he sells gig tickets. Even of just 1% of the channel's subscriber base bought tickets to a gig, that would be deemed a success.
I don't know how well Brett's off YouTube business is going but a channel like his proves that there's more to success than chasing the big numbers.
If it commercial deals and sponsorship you're after then you should measure success in a totally different way. You should be far less concerned about numbers and much more interested in your audience engagement and your influence.
The buzz word at the SitC panels at the weekend was "influencers", brands and advertisers no longer call us YouTubers or even Creators, we are influencers. Our audience doesn't just watch our content, the follow it, they are interested in it and the are interested in what you have to say.
Your weight as an influencer can come down to your perceived engagement amongst your audience on your videos as well as how much klout you carry on your social media accounts connected to your channel. Again, this doesn't just mean you have a high follower count, it means you get a lot of re-tweets and favourites and a large percentage of your followed click on links or expand media. There is  one value in having 1 million subscribers if none of them ever read your tweets.
As a small channel you may well be a good fit for a brand, a product launch or review. If your channel makes very little from AdSense but you never need to buy a video game again thanks for review copies being sent to you, then wouldn't you say that made your channel successful?
If your aim is to make cash then you need make your videos sellable, show brands that there are opportunities for them to work with you and that there are natural and organic ways you can feature and brand or product in your content while staying true to yourself. This could be done by reviewing similar products.
At the end of the day, success is whatever you want it to be. Someone people want to live off of YouTube and by expensive cars. Others are happy in their day jobs and enjoy YouTube as a creative hobby.
Don't chase the big numbers. Delve into the detail and remember that content is king and that your audience chose to subscribe to you and no matter how many of them there are, they love you.
Add A Comment
Tags:
youtube