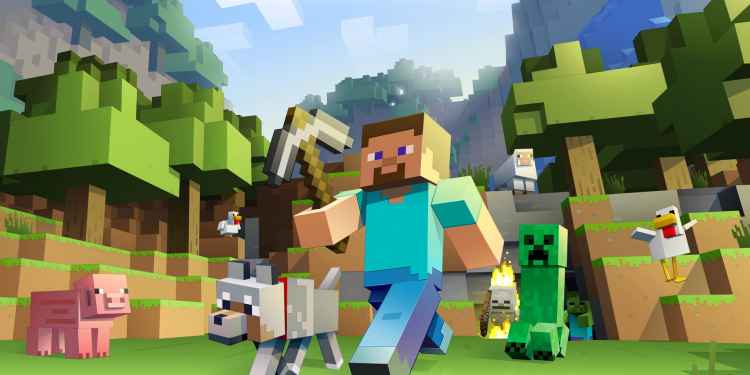 If you haven't heard of Minecraft you must have been hiding under a pixelate, stone block for the last five years because not only is the creative, block building game a phenomenon in its own right but it's also slowly taking over YouTube.
Minecraft was created by Mojang in 2011 and since its release has become the third biggest selling game of all time, notching up total of 33 million sales to date, beaten only by Wii Sports and Tetris.
Chad Gutstein, the CEO at YouTube network Machinima, recently revealed that "Minecraft comprises more than 10% of YouTube’s daily viewing" and that fan-made videos were between 31-47 billion views a month.
Minecraft is currently the second most searched for thing on YouTube and fan-made content relating to Minecraft is currently around three time more popular in terms of monthly views that any other game title including Grand Theft Auto and Call of Duty which both receive around 10 billion monthly views each.
The power of Minecraft is clearly in the fan created content, Mojang's official YouTube channel only amassed around 6% of the total number of monthly, the bulk of the views going to fan-made content from the likes of YouTube gaming giants StampyCat and CaptainSparklez.
Chad said "Not only nine-year-old girls, but grown adults who attend international Minecraft conventions, and the parents of autistic children, who set up their own Minecraft server just so their kids are able to have somewhere safe to express their creativity, with genuinely staggering results."
Minecraft's relationship with YouTude shows no signs of slowing, even on a random day last week, six years after it's original alpha release, nearly 7,000 people bought Minecraft.
"Whether it’s learning the principles of farming, or getting to grips with economics by trading resources with villagers, or programming logic gates by setting doors to open when a certain combination of buttons are pressed, there’s more to Minecraft than hacking at zombies… If there’s ever been a more worthwhile purpose to a computer game, I’ve never come across it."
Add A Comment
Tags:
youtubeminecraftgaming

Spawn A Minecraft Zombie In Real Life With A Potion