It's been an odd but good year in my digital world. When the year started I had nine website, now I have just two. I've followed that old bit of advice, 'put all your eggs in one basket' - that's right isn't it? 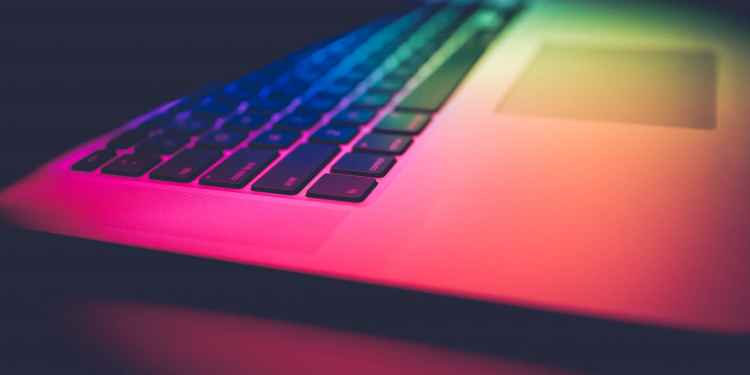 It's been an odd but good year in my digital world. When the year started I had nine website, now I have just two. I've followed that old bit of advice, 'put all your eggs in one basket' - that's right isn't it?
Nettleden, my underground exploration website was still going strong, but it badly need some love to make it mobile friendly and compliment with modern security requirements.
Towards the end of last year I was working on re-building the site. But at the beginning of 2017 my focus shifted to Higgypop, so in July I decided to incorporate all of Nettleden's content into Higgypop. This involved making a new landing page and page templates. The content has now been given the update it needed. I've dug back into my archives to re-source all of the original photos and made everything higher resolution to match modern screen standards.
This move has added more authority to the Higgypop.com domain and the content is performing just as well in its new home as it was before.
I also shot down Revzo.com, stevehiggins.co.uk and a couple of other domains, most of the content has again been moved on to this website. I also shutdown Rate My Crush. This fun love calculator website was actually performing just fine, it was my top website in terms of page views last year. But in October Google banned advertising on the domain, it was because they saw no value in the page views as most pages just contained the results of the love calculator.
So, I built this game into Higgypop.com and to avoid the same issue I've changed it that it runs on AJAX within one page, thus not making unnecessary page impressions and ad calls.
Higgypop.com has been the biggest change over the last twelve months. I sort of fell into a daily blogging routine and have ended up adding over 1,000 pages to the site this year, that's over 400,000 words I've written this year.
Things really started picking up in terms of traffic quite early in the year and in May I was just shy of 1 million page views, and in August I hit 2 million page views.
I've done a lot of work on the website, including new game widgets like quizzes. I've changed the site from HTTP to HTTPS to meet modern security standards. I've add tools to allow me to do real-time "live blogging". When a page is 'live' there is a banner at the top of the page telling the user that the content will automatically update every 30 seconds.
In August I embarked on a large project to mark the 40th anniversary of one of the most famous haunted house cases in the world, the Enfield poltergeist. To celebrate the anniversary I put together a week's worth of a content, some of the best researched and most complete content I've ever put together. In total there is over 10,000 words spread across seven pages, including one written by a regular guest writer, Gareth.
October, and especially #Halloweek was a huge success. I managed to churn out a Halloween related piece of content every day in October and also cashed in on the interest around 'Most Haunted', the new series of which aired during Halloween week with a special episode for the night of Halloween. The special was the perfect chance for me to showcase my live blog tool.
Then at then end of October came 'Stranger Things', my self and Gareth worked really hard to get 15 pages on the show live on the website within a few days of its worldwide release. Several of the pages went on to perform really well.
In December the focus was on Christmas content, with something seasonal being published most days, in between the usual mix of paranormal content. Just before Christmas I hosted a night of ghost stories which I stream "as live" on YouTube. All of the stories which features in the half hour long programme were read by various authors and "ghost professionals" who gave up their time to get involved.
Aside from Higgypop.com, my second website which survived the cull is Countdown To Red Cups, I put no effort in to this site this year to be totally honest, but it still delivered 364,457 page views, although that is about 30% down on last year.

At this time last year I gave you a countdown of my top websites of the year. There were five websites on that list but I had nine sites in total. Now, a year on I have just two websites, so these list is no longer as interesting, but here's the main two sites by page views.
1. Higgypop - 5,883,068
2. Countdown To Red Cups - 364,457

My YouTube has been consistent in terms of views this year, but I haven't seen any massive growth. The biggest achievement in 2016 was that my channel broke the 10 million all time video view mark after yeas of uploading videos. This year alone I've done over 7 million views.
I also did my first ever YouTube product placement deal this year. I was given the chance to feature a very nice wooden watch in my video and also had one to give away to one of my subscribers.
Here's some top level stats from my channel in 2017...
7,609,052 video views
22 years, 71 days of watch time
51,111 likes
47,618 comments
28,292 subscribers gained

I'm not sure I have any plans as such for 2018. I have a couple of goals though. I want to get to the top of Google search result pages for the search term 'paranormal' I currently average 2/3. I'd also like to become the number one resource for 'Most Haunted'. The network that broadcasts the show doesn't really put any content out, so I see this as an opportunity as the show has some pretty passionate fans.
So, none of this really involved any major plans, just more of the same. Continuing with daily content on Higgypop.com. As I now only have the one website to focus on, there are no big plans in the pipeline.
Add A Comment
Tags:
youtube