Nowadays it's not uncommon for brands to reach out directly to influencers and ask them to promote their product on their social media channels. If done correctly it's great exposure for the brand and can be a source of content for the influencer. 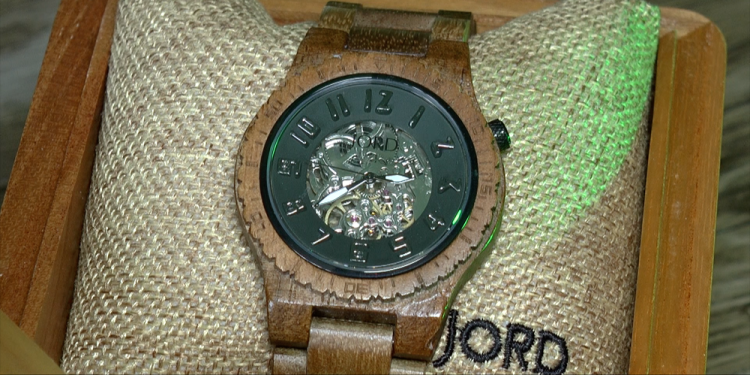 When we talk about "influencers" online, we basically mean anyone who creates content and has a bit of a following. In order to get a brand deal, like the chance to promote a product, you need have enough audience to make it worthwhile. There's no golden number for this, if Pepsi were working with influencers they'd want huge numbers, other companies might prefer to reach out to several smaller influencers with a highly engaged audience.
Most of this brand deals are done on YouTube and Instagram and a few weeks ago I was contacted by a brand and want to share my experience.
It started with an email sent to the 'business enquiries' email address listed on my YouTube channel and said
"I am contacting you because I absolutely love your YouTube channel, and I think you would be the perfect partner for a new initiative we are running! There is absolutely no pressure here, I just love your content and think you'd be the perfect partner for us! I'd love to send you more information, just let me know if this is something that you are interested in."
At this point, if the brand in question had been electric shock collars for kittens, I might have had to consider whether I wanted to get involved, but in this case it was actually a very nice brand of watch. I felt I had no issues with promoting them because as soon as I clicked the link provided in the email I wanted one and would happily recommend them to friends in real life. I think this is important when promoting a product as an influencer, you are influencing people, you really should believe in the product you are pushing.
I replied and said I was interested and got some more details back, "essentially, we are looking for a 60-90 second mention in one of your upcoming YouTube Videos, with your new watch! We would also setup a giveaway that would give one lucky winner in your audience a $180 gift card."
I was sent a PDF with some really useful information like how to say the company name, details of the giveaway and guidelines on how to mention the brand. No one should be telling you what to say in a video, it needs to be your genuine words but the guidelines specify when they'd like to be mentioned in the video (in the first 20%) and for how long (at least one minute).
If you're a fashion vlogger then getting a watch to talk about is pretty easy and natural for you, whereas with my unique, niche, potion it requires a little more thought. Firstly I knew my audience would be put off by me talking about a watch at the start of the video. So I suggest to the campaign manager at the brand that I did a sell at the start of the video.
I started the video by saying "in this video I'm going to show you how to make a potion to speed up time, I'll be demonstrating the effect using this wooden watch. Stay tuned until the end of the video for your chance to win your own."
What this opening line did was quickly establish that I was featuring a product in the video and promoted the fact that they could win a gift voucher. Also, in the 'content declaration' of the upload settings for this video I checked the box "this video contains paid promotion such as paid product placement, sponsorships or endorsement," and the box "help me inform viewers of paid promotion by adding a disclosure to this video."
This meant that at the start of the video while I'm introducing the watch, a small box appears at the bottom of the video telling my audience that the video "includes paid promotion." This makes the promotion compliant with advertising standards agencies around the world.
What I did next was to feature the watch in a creative and unique way throughout the video. Rather than just holding it up to the camera, I made it a part of the content. In the video I made a potion which was supposed to speed up time. The video first shows a close up of a cauldron, my hands can be seen pouring ingredients in, so of course I made sure the watch was visible in these shots.
Then, when the potion to effect and sped up time, I demonstrated this with a close up of the watch and used special effect to make the hands of the watch spin around as time advanced.
At the end of the video the brand got their full mention and I explained the details of the competition to the audience including terms of entry, closing date and how the winner would be notified.
My contact as the brand said "I absolutely love the video! You incorporated the watch into the video perfectly, and I really want to try this potion out! I really appreciate your hard work on this!"
You can take a look at the video below or find out more about featuring your brand or product in one of my videos by clicking here.
Add A Comment