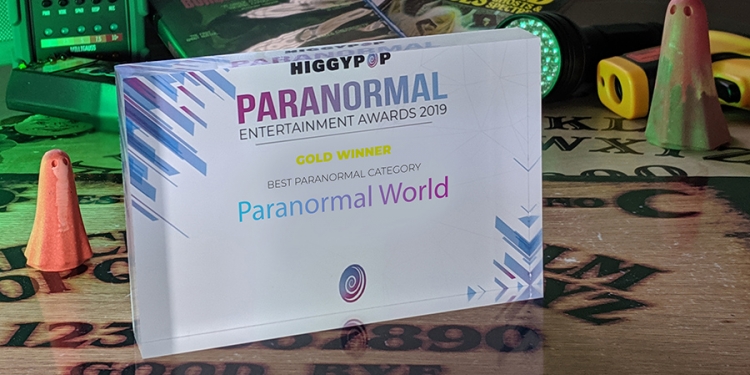 Higgypop.com is a popular paranormal website and a brand whose awareness and reach is growing rapidly within in the paranormal community.
In 1028 we ran the Paranormal Entertainment Awards for the first time. The online awards were the first of their kind to recognise and celebrate the best paranormal content creators, publishers, hosts and broadcasters of the year.
We didn't expect the response we got - over 40k votes, lots of attention and shares from prominent influencers and celebrities in the paranormal world.
The following year we added more categories, had better designed awards, that we handed out more of. We also received almost double the number of votes from members of the public.
This year we're looking to partner with a brand to help us make the awards even better. In return we'd use the event to push your brand to a new and engaged audience. This could include prominent branding and links throughout the launch, voting and winners announcement stages. The voters provide email addresses so there's also the option to sponsor a results email newsletter after voting closes.
The awards will be officially announced in September 2020. In October we'll invite our readers to nominate to help compile the shortlist, and public voting for this year's awards takes place throughout November, with the winners being announced in late-November.
For the last two years the awards took place entirely online, there was no ceremony and awards were sent out to the winners. However, this year we are considering a small event where the winners would be announced that would be streamed live online.
If you're interested we'd be happy to run through prices with you and tell you a little more about what we have planned this year and how you could benefit from those plans.