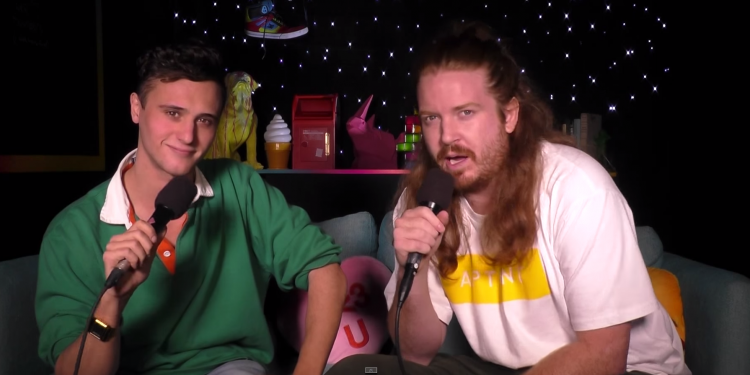 The Australian radio network Southern Cross Austereo has launch a new hybrid show called YouTube Hits which aims to pull in radio listeners as well as YouTube viewers.
The new online video and radio show show can be heard on the company's 55 stations around Australia.  The show is presented by Michael Beveridge and Marty Smiley and has so far managed to pull in 60,000 views in the first two weeks.
The views aren't quite through the roof but it's a promising start and the channel has been picking up on average one new subscriber every 1,000 views which is on track with the YouTube average and means they're fast approaching the first milestone of 1,000.
SCA have been working hard over the last nine months to make this project a reality, this has included creating brand new online studios, which is where the nightly visuals are shot.
Dave Cameron, Content Director of Fox FM says "my honest opinion is this show concept is really probably the most ground breaking content going on in the whole Australian radio industry right now. Plus there’s a huge under 25 audience that we are now talking to, than typically haven’t grown up being traditional radio owners or listeners. We’re now going to where they are, rather than hoping they’ll come to us."
Add A Comment
Tags:
youtuberadio