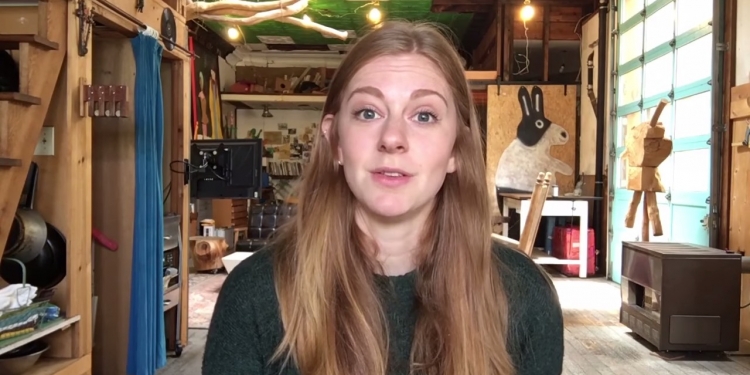 To celebrate a year since her YouTube channel blew up, Simone Giertz has posted a video talking about her journey during her first twelve months as a Creator.
Simone's story begins in a way that many of a us can relate to, stuck in an unfulfilling job with a passion for making videos but in Simone's case, she also had the ability to make robots... shitty robots.
While stuck in her job, living in the US, she originally pitched the idea of a electronics show for kids at a production house in her home country, Sweden... but she was ignored.  Unperturbed, Simone uploaded her clips to YouTube and pretty soon gained enough traction to give her the confidence to leave her job.
Leaving full time employment did come at a cost, Simone was forced to make sacrifices.  She moved back to Sweden, cut her spending and tried to live on a show string budget.  Simone says "I cherished my time more than the salary and I would much rather life off of less money than to spend a lot of time on something I didn't like."
Simone's video is really open, interesting, inspirational and a must-watch for anyone aspiring YouTuber Creator looking to make the jump from full time employment to full time YouTuber.
From a miserable job, to the stresses of being a YouTube star, Simone now says "I never thought that it could be this great" and gives full credit to her subscribers and viewers, "you definitely the enablers of my life and all the fun things I've gotten to do are all because of you."
Add A Comment
Tags:
youtube