Smosh To Be Immortalised In Wax By Madame Tussauds 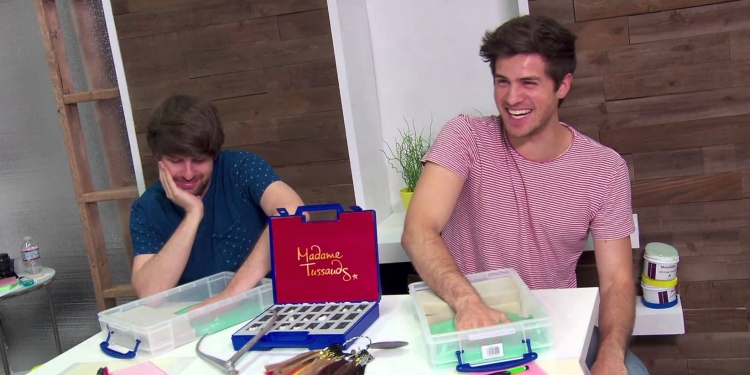 Madame Tussauds San Francisco has announced that it will turn YouTube sensation Smosh into wax statues.
Anthony Padilla and Ian Hecox, are approaching their ten year YouTube anniversary have over 20 million subscribers on their channel, Smosh.
The duo have already been modelled by Madame Tussauds’ artistic team and their finished sculptures will go on display from July 2015, before making an appearance at VidCon to coincide with the premiere of the debut feature film.
Smosh aren't the first stars to be turned in to waxworks, the London museum recently announced it was creating wax figures of British YouTube stars Zoella and Alfie Deyes.
Add A Comment
Tags:
youtube