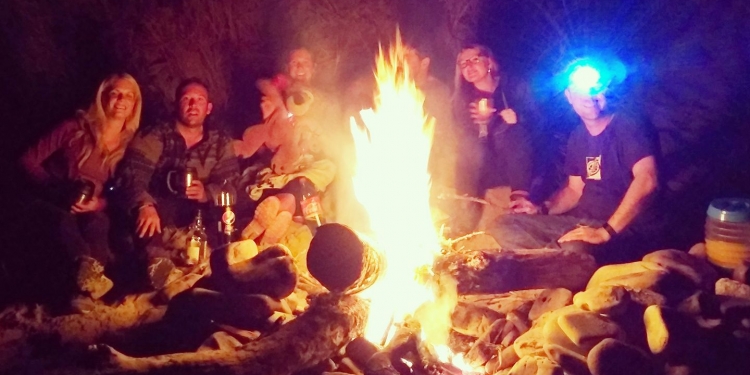 The August Bank Holiday weekend has come and gone. I had an amazing long weekend camping in The Gower, South Wales with some lovely friends. It was a really refreshing break but despite the time off I've had an amazingly productive month and it's paid off.
My website has had its best month, it received an incredible 2,020,904 page views in August. It's been a highly productive month and stats are up across the board.
The peak number of concurrent users on my site was 627 which happened early in the evening on Thursday 16th August. Most of traffic was on my content relating to that evil game that just won't go away, the Blue Whale Challenge.

One big change which has helped me push my traffic up this month is the addition of PHP plugins. My CMS is all modular, it allows me to build page with different elements, customise them and reorder them.
This month I added in a PHP plugin element which means I can now drop custom PHP/HTML into a directory on the server and inject it directly into the page.
It allowed me to write a little game which is designed partly to annoy its users, and partly to challenge them, but mostly to distract them from trying to find the deadly Blue Whale game.
My password game basically takes irritating sign up forms to the extreme. It asks for an email address and password to create an account. The email address is ignored because I have no interest in capturing use data in this case but the password... that's where the fun begins.
When a users enters a password it gives them feedback saying it must contains capital letters, numbers or special characters. Nothing that unusual but in my form there is 22 rules which ensure passwords are secure. It gets ridiculous telling users that "all the numbers in the password must add up to 40" and that the password "must contain the names Josh or Ross."
Some people have managed to create a password which fits the rules but once they "create an account" they're just confronted with a message telling them that the game doesn't exist and looking for it is dangerous.

Another way I've tried to increase traffic this month is by actually starting to send email newsletters. I've had a sign up for on my site for years and have around 1,000 subscribers but have never sent a single update.
To be honest, the amount of effort required to send an email isn't worth it for the open rate and clickthrough rate but Mailchimp now offer email automation using an XML feed.
I wanted to make sure I had some control over the content of the email so I made a specific feed for Mailchimp to scrape. The feed features my most recent YouTube feed as the first item, this is the lead piece of content in the email.
The rest of the email is in the form of a list of my five most recent articles from the website which are included in the XML.
I generate a title for the email which includes the YouTube video title and the shortest title from those available. If the overall title comes up being longer than a certain amount it reverts to just the YouTube title.
So I know what my email will look like, I've included a preview of the week's email in my CMS which gives me the chance to change and tweak content should I need to.

Amazingly, I'm already planning my Christmas content. In fact I've already planned the topic of my videos from now until the end of the year and scripted the majority of them in full.
I have a busy end to this month with so I need to get ahead with my video production but I want to make a good run of it and try to make as many of this year's videos as I can this month. It would be nice to have three months off YouTube at the end of the year. There's lots of other projects I'd like to spend some time on.
One of those projects is writing Rate My Crush into Higgypop.com. This is as part of wider project of streamlining my websites and putting all of my Google ranking authority on the one domain.
The new PHP plugin element is allowing me to do this fairly easily but because of the number of love calculation the site gets, there's some slightly more complicated caching involved to avoid using a database.
I'm also slowly shutting down Play Square, re-branding it and moving it to Higgypop.com. Again this is about streamlining but also to use the power of the Higgypop brand to promote Play Square. As it's a YouTube community, it makes sense to tie it in with that brand.
This is quite a big job. All of the community dashboard has been re-branded and moved to the new domain but there needs to be a new landing page on Higgypop.com and all of the existing blog content needs to be copied across and there is a lot to copy so that is pretty slow going.
If I can get Play Square ported over by the end of the year then I'll be happy.

So far this year I have written 249,424 for Higgypop.com and added a total of 605 pages to the website.
It's been a strong month on YouTube too, I've notched up 855,246 videos views and increased my subscriber base by 3,475.
Over on Twitter, my tweets were seen 44.0K, up from 35.8K in July. Not a huge increase but the amount of clicks those tweets generated when from 57 to 257. But compared to this time last year, I got just 15 with a similar 31.6K impressions.
On Facebook my following has increased by over 300 in the last month and I'm just a few days away from my first Facebook milestone of 1K page likes.
Add A Comment