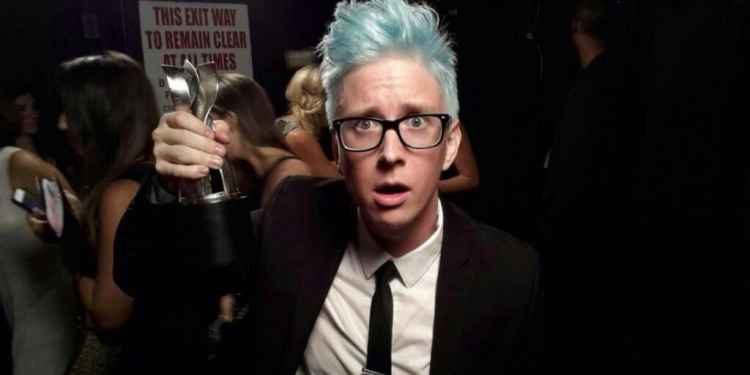 Twenty-five-year-old YouTube star Tyler Oakley has proved his popularity this week after winning to prestigious digital awards and making his podcast debut at No. 1 on iTunes.
Tyler picked up the prize for Entertainer Of The Year at last week's Streamys in LA, an award which was voted for by YouTube audiences. He beat fellow nominees Jenna Marbles, Grace Helbig and Ryan Higa.
On Twitter Tyler said "Can't believe y'all voted me Entertainer of the Year. Thank you for all of your support. I AM FREAKING OUT."
That wasn't the only award he picked up at the Streamys, he was also honoured as Activist Icon, for his work in raising funds and awareness for LGBT youth groups.
Tyler tweeted "I am freaking out. Those two awards mean so much to me. Y'all... I never thought any of this could ever happen to me. Thank you," he posted.
And as if two awards isn't enough, Tyler launched his new podcast, 'Psychobabble with Tyler Oakley' along with a blog and a new YouTube channel.
The 30 minutes podcast of unfiltered gossip shot straight to No. 1 on the iTunes podcast chart in the US.
Add A Comment
Tags:
youtube