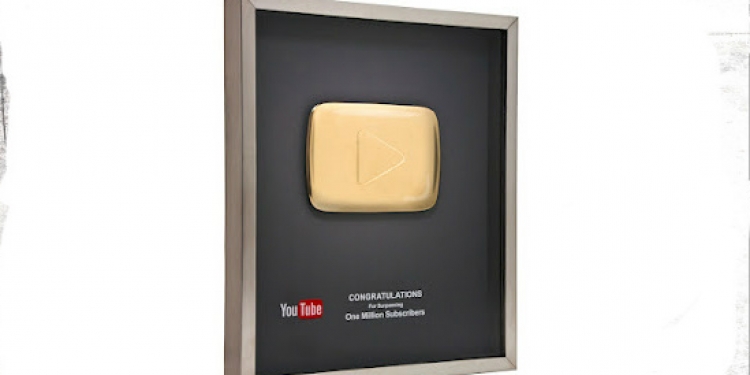 Starting out on YouTube as a new channel isn't easy and it can be disheartening but we're all aware of many examples of Creators who have shot up to a dizzying amount of views and subscribers over a fairly short period of time.  So, at what point does a YouTube channel hit critical mass and start growing exponentially?
It seems there are a few sweets spots in the lifespan of a YouTube channel, the first of which appears to be around the 1,000 subscriber mark.  Assuming the channel is active and uploading regular content, once hitting 1,000 subscribers its subscriber base growth snowballs.  I'm not sure if this is to do with YouTube's ranking algorithms surfacing your videos higher or whether it's psychological and users are more likely to click on to a channel of 1K+ subs.
With the right content and consistency, it's possible to hit 1,000 subs within a year, for a successful channel it can be as little as six months.
Some Creators also say they have seen a snowball effect in their average daily/weekly/monthly views after they hit a regular average of 1,000 or more views per day.
The next big milestone in terms of subscribers is 5,000.  This seems to be a recognized milestone at YouTube.  Beyond this point they start taking channels seriously, it also opens you up as a Creator to attend more YouTube Space courses at Google's office around the world.
Minutes viewed is a metric which is often ignored but is closely watched and important to YouTube.  If a channel makes it to a point where it is getting 15,000 hours worth of views in a 90 day period then you get to a point where you may be contacted by YouTube and assigned a contact within Google to help you grow your channel.
YouTube also dish out awards for subscribers milestones.  At 100,000 subscribers YouTube send you commemorative silver play button trophy and for a million subscribers you get the coveted gold version.
Add A Comment
Tags:
youtube