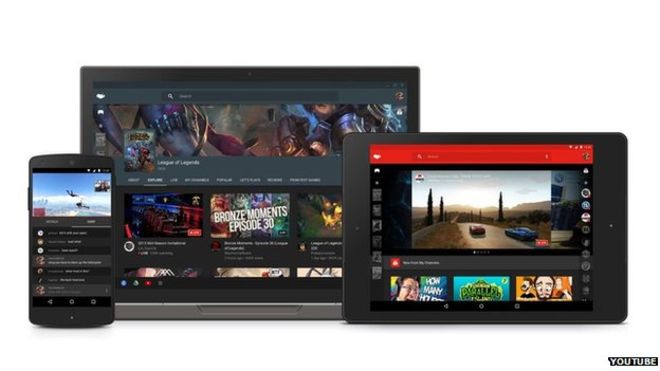 YouTube has announced that it's to launch a dedicated platform for gaming, taking on rival Twitch.
It's clear to see the popularity of "let's play" videos on both YouTube and Twitch, with some of the biggest YouTube channels in the world being gaming channels, like Pew Die Pie.
Google failed to get its hands on Twitch last year when they were outbid by Amazon who bought the streaming service for $970m.
Google are fighting back, their new service is being launched worldwide this summer in response to the fact that "gaming has spawned entirely new genres of videos, from let's plays, walkthroughs, and speedruns to cooking and music videos. Now, it's our turn to return the favour with something built just for gamers," says YouTube's Gaming product Manager, Alan Joyce.
The service will give fans of gaming videos a dedicated section of the video site as well as mobile apps. Alan explained that it will be like a fenced off pat of YouTube, so that "typing 'call' will show you 'Call of Duty' and not 'Call Me Maybe'."
YouTube Gaming will consist of 25,000 individual game portals which bring together all the activity around each title on a single page.
Add A Comment
Tags:
youtubegaming