Have you made it to episode eight of Stranger Things 2 journey yet? There's nine new episodes to work through, but how much can you remember about the new season's eighth episode, 'The Mind Flayer?' Test your knowledge with this tricky Stranger Things season two trivia quiz. 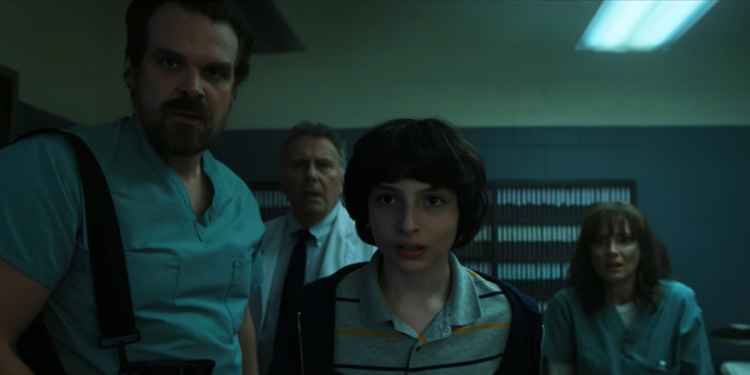 1. We meet Max's mum near the start of the episode, what is her name?

2. According to Dr. Owens how many floors down is the basement level where they'll find the electrical breakers?

3. What computer language does Bob tell Hopper they'll need to reboot the computer systems at the lab?

4. What make of computer book Bob use to reset the lab's security systems?


5. What does Bob set off via the computer distract the demogorgon on the west stair well?

6. During his attempted escape from the building, where does Bob hide from a demogorgon?

7. While Bob is fighting for his life against a demogorgon, who fires a gun to try to help him?

8. After escaping Hawking Lab, where do the group go?

9. Who was the original founder of the Hawkins AV club?

10. What name does Dustin give to the creatures that D'Art grew into?

11. Where do the gang get the term "Mind Flayer" from?


12. What does Steve liken the Mind Flayers need to take over to?

13. Which part of Joyce's house do the gang convert in to an interrogation room for the Mind Flayer via Will?

14. What happens when the Mind Flayer realises Will is tied up and gets angry?

15. Joyce describes a picture of a spaceship that will drew when he as younger, what did he call it?

16. Mike tells Will the story of when they first met, but where did the meeting take place?

17. What song does Jonathan play to Will in the hopes he'll remember his past?

18. How did Will communicate with the gang without the Mind Flayer knowing?

19. Despite all the efforts to disguise his surroundings, what gave away the location of Will to the Mind Flayer?

20. What weapon was Lucas armed with in preparation for the arrival of the demogorgon?