Stranger Things 2: Will The Wise Quiz

Have you made it to episode four of Stranger Things 2 journey yet? There's nine new episodes to work through, but how much can you remember about the new season's forth episode, 'Will The Wise?' Test your knowledge with this tricky Stranger Things season two trivia quiz. 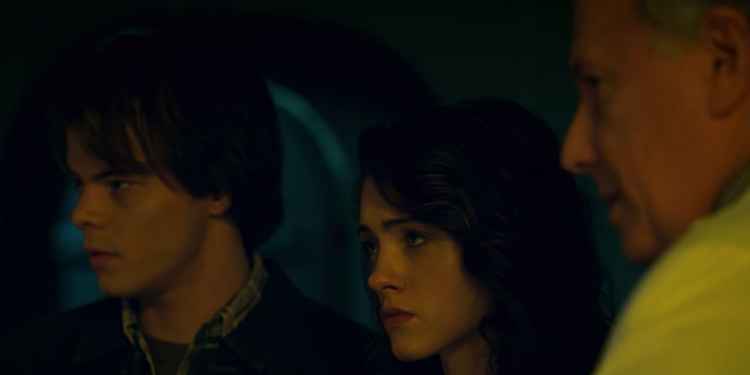 1. What "word of the day" does an angry Hopper give Eleven?

2. What does Hopper ban in order to punish Eleven after she ran away in the previous episode?

3. What does Eleven hurl towards Hopper using her powers when she got angry with him?

4. What does Nancy have for breakfast near the start of the episode?


5. What is the subject of Mr Clarke's lessons at the school?

6. Why won't Will get in the bath that his mother runs him?

7. According to Florence at Hawkins Police Station, how many times had Joyce tried to call Hopper before she was able to get hold of him on the radio?

8. What song plays while Steve and Billy play basketball at school?

9. Where are Nancy and Jonathan apprehended by agents working for Hawkins Lab?

10. Where in the cabin does Eleven find Hopper's documents on Hawkins Lab?

11. What common household problem does Dr. Owens liken the threat from the Upside Down to?


12. Which of the gang does Max's brother Billy take a disliking to?

13. In this episode Eleven learns the name of her mother from Hopper's documents, but what is it?

14. Eleven also learns her own real name from the papers, what is it?

15. When Eleven sees her mother by remote viewing her, what is she muttering about?

16. How does Eleven see her mother in the vision quest?

17. When talking to Joyce, what does Mike call the beast from the Upside Down that Will has been seeing?

18. After being released from Hawkins Lab we learn that Nancy has captured evidence of the lab's secret how?

19. When Dustin gets home from school he finds that D'Art has grown and eaten what?

20. Hopper finds himself in massive network of tunnels that are corrupted by the Upside Down after digging where?