Have you made it to episode nine of Stranger Things 2 journey yet? There's nine new episodes to work through, but how much can you remember about the new season's ninth episode, 'The Gate?' Test your knowledge with this tricky Stranger Things season two trivia quiz. 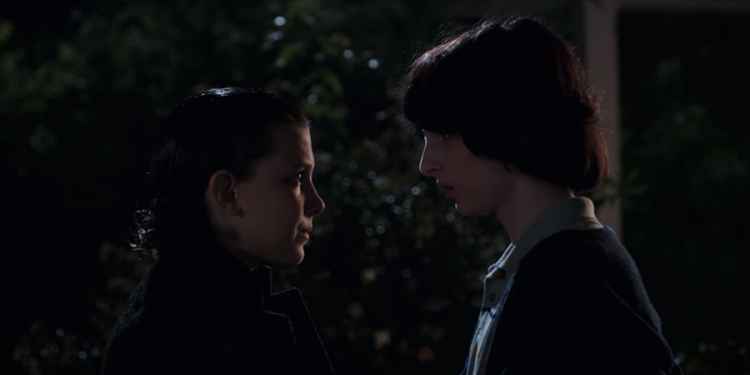 1. What do we see Mrs. Wheeler doing while relaxing in the tub?

2. The doorbell rings and disturbs Mrs. Wheeler's bath, but who is at the door?

3. Where do Dustin and Steve store the body of the dead demodog?

4. What does Billy call Steve when he confronts him at Joyce's house?


5. What does Max use to stop Billy from attacking Steve?

6. Where do Joyce, Jonathan and Nancy take Will to hide him from the hive mind?

7. How do Joyce, Jonathan and Nancy attempt drive the Mind Flayer out of Will's body?

8. Who drive's Billy's car to the entrance of the tunnels under Hawkins?

9. What do the gang where to protect them from the atmosphere in the tunnels?

10. Upon returning to Hawkins National Laboratory, who does Hopper encounter?

11. What name do the gang give to the part of the tunnel network where they start a fire?


12. Who calls Hopper on the radio to tell him that the Mind Flayer has left Will's body?

13. Which member of the gang falls and is snared by a tentacle from the Upside Down while feeling the tunnels after starting the fire?

14. What does Dustin defeat the demodog they encounter in the tunnels with?

15. What happened to Eleven when she used her powers to their fullest to close the gate?

16. Whose funeral do the gang attend towards the end of the episode?

17. What is the name of the school dance that the kids attend?

18. Who gives Dustin a ride to the school ball?

19. Who does Dustin dance with at the Snow Ball?

20. Which song plays at the ball when Mike and Eleven dance and have their first kiss?