Have you made it to episode seven of Stranger Things 2 journey yet? There's nine new episodes to work through, but how much can you remember about the new season's seventh episode, 'The Lost Sister?' Test your knowledge with this tricky Stranger Things season two trivia quiz. 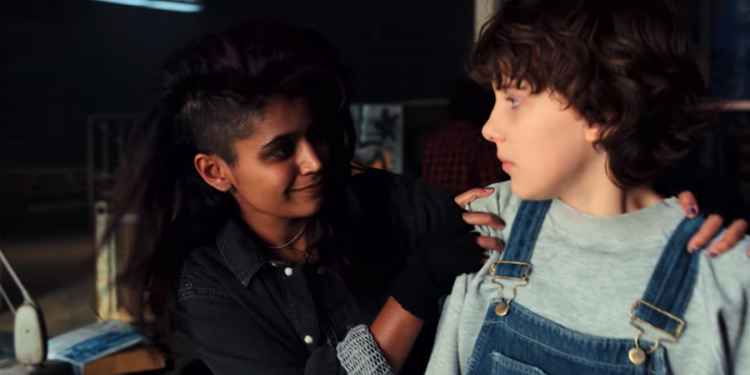 1. According to the newspaper report, in which city did the "Indian girl" go missing in?

2. Eleven awakens at her mother's house to find Becky was attempting to make a call about her to who?

3. Which city does Eleven travel to in order to seek out the girl from her mother's files?

4. How does Eleven get to this city?


5. What does Eleven call the man who bumper into her in the street?

6. The girl Eleven is looking for turns out to be called Kali, where does Eleven find her?

7. What did Kali make her knife-wielding friend see that made him dance?

8. What type of creature does Kali trick Eleven's mind into seeing?

9. Kali's gang mock her by joking that she had sung what song as a lullaby to Eleven?

10. Which of these is NOT a member of Kali's gang?

11. What large object did Kali encourage Eleven to move with her powers?


12. What is the name of the "bad man" that Eleven helps the gang track down?

13. What is the name of the gas station minimart that the gang shoplift supplies from?

14. When the gang arrive at their victims apartment, what television show is he watching?

15. What do the gang find in the bedroom of their victim's apartment?

16. A large neon sign in the gang's hideout features a hand and which line of text?

17. Kali shows Eleven a vision of which familiar face?

18. What card game are Kali's gang playing when the police raid their hideout?

19. How do the gang escape the police raid?

20. Where does Eleven say she's going to the woman who attempts to befriend her on the bus?