Have you made it to episode six of Stranger Things 2 journey yet? There's nine new episodes to work through, but how much can you remember about the new season's sixth episode, 'The Spy?' Test your knowledge with this tricky Stranger Things season two trivia quiz. 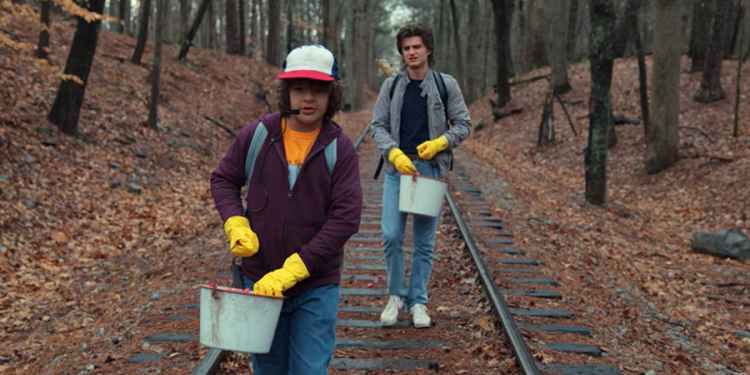 1. How many men hose down a potentially contaminated Hopper at Hawkins Lab?

2. What weapon does Steve bring along to deal with Dustin's out-of-control D'Art?

3. Before seeing it, what does Steve initially think D'Art might be?

4. What did D'Art escape through in the storm shelter?


5. Which of his toys does Lucas catch his sister playing with?

6. What make Murray cooked Nancy and Jonathan for breakfast?

7. What parting gift does Murray give to Nancy and Jonathan as they leave his compound?

8. When Will comes round he's lost his memory, who does he think Bob is?

9. Which music television channel does Billy have on while he's pumping iron?

10. What is Max doing when Lucas calls at her house?

11. What does Max call Lucas when she hops on to his bike?


12. Which of Will's friends goes to visit him in his hospital bed at Hawkins Lab?

13. What do the doctor do to a tentacle from the Upside Down to see how Will reacts to it?

14. Where do we see Dustin and Steve dropping food to temp D'Art back out into the open?

15. What sort of food do Dustin and Steve drop to lure D'Art?

16. How does Dustin describe what D'Art was when he found it?

17. Steve reveals to Dustin that he uses which classic Charlie's Angels actress' hairspray?

18. Which location in Hawkins are Dustin and Steve try to lure D'Art to?

19. Once the trap was set the gang took shelter in the to wait for D'Art inside of what?

20. Who risks their life to act as human bait in the junkyard to tempt D'Art into the open?