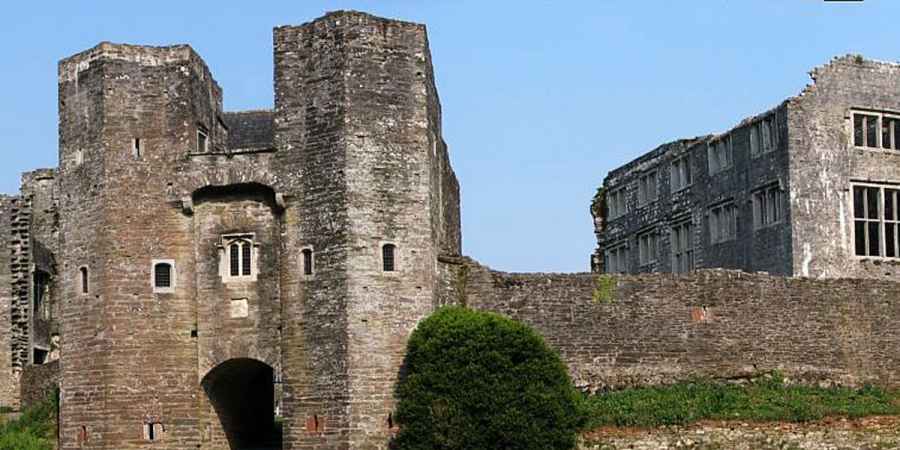 This haunted hotspot in South Devon is a Tudor mansion built within the walls of an earlier castle. It's been named one of the most haunted castles in Britain, played host to ghostly sightings that have made the national press in recent years, and been visited by Yvette Fielding and her team as part of a three-night 'Most Haunted Live!' broadcast in 2005, entitled 'Terror At Torbay'.
An English Heritage guidebook once named the castle as the most haunted in England, thanks to the two female ghosts that are said to haunt the castle. The first is known as the White Lady, who is said to be the spirit of Margaret Pomeroy. She reportedly haunts the dungeons, having been imprisoned there by her sister, Eleanor, who was jealous of her beauty.
The other most notable ghost of the castle is the Blue Lady, who is said to call for help from passers-by, luring them to her tower. It's said that those who try to help her will fall from the tower to their death. She is thought to have been the daughter of a Norman lord and is said to wander the dungeons mourning the loss of her baby.
In 2018, a ghost hunter at captured a video of what appeared to be two spirits riding horseback past the castle at night. Some think that the video could show the spirits of the Pomeroy brothers, who rode their horses off the battlements to their deaths to prevent themselves from being captured by enemies in the 17th Century.