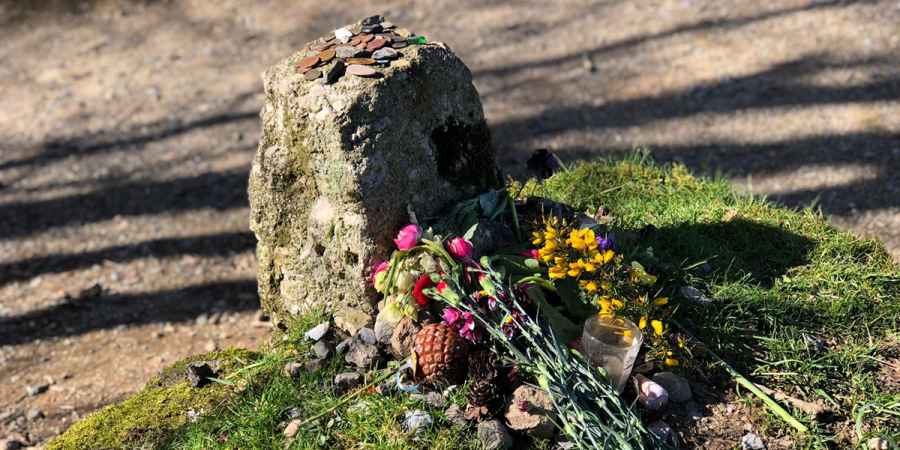 It's said that Jay was born in a workhouse in Newton Albert in around 1790. She eventually went to work has a farmhand. It was while working here that she fell pregnant out of wedlock. Because of the negative attitude towards illegitimate children and their mothers in the 1800s, Jay took her own life.
It's said that Jay's remains were originally buried at the side of the road and were discovered by a road worker. The bones he found were confirmed to be the skeleton of a young lady and it was decided that the remains be buried in the grave that exists on the site to this day.

Unfortunately at the time of Jay's death society took a dim view on suicide, and in line with beliefs at the time she was buried at the crossroads. This meant that if her spirit rose from the grave she would be confused and not know which way to go, and therefore wouldn't be able to haunt anyone.
Perhaps this is why Jay is said to haunt her grave to this day. It's said that some locals refuse to drive along the road alone, preferring to take another route instead. Those who have driven past the grave at night have reported seeing a dark, hooded figure kneeling at the grave. As the drivers approach the figure stands up before vanishing.