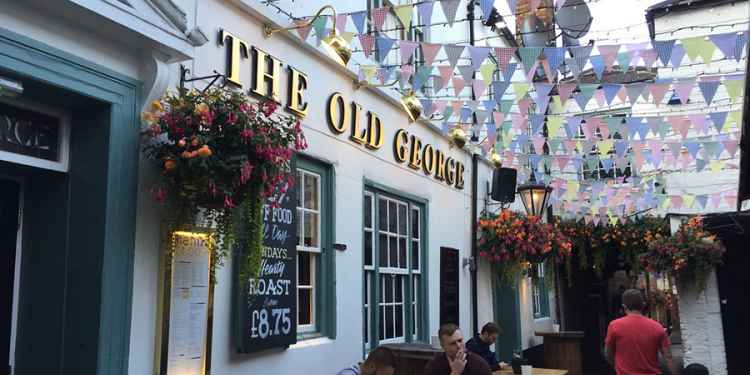 This 17th century former coaching inn in the popular Cloth Market is said to be haunted by royal appointment. In 1646, King Charles I was held by the Scots in the nearby Anderson Place, but it's rumoured that he was allowed to leave his prison on numerous times and on these occasions he would visit the Old George for a drink.

A room in the pub is still known as the "Charles I Room" to this day and the actual chair that the monarch is said to have sat in still exists in the room. Many of the pub's visitors believe that they have seen the ghost of the king sat in the chair in the form of a grey mist.

Over the years the pub's staff have also reported lots of strange goings on, including the eerie feeling that they are been watched in empty rooms, the apparition of a phantom man and his dog seen standing at the bar, and the sound of unexplained footsteps.