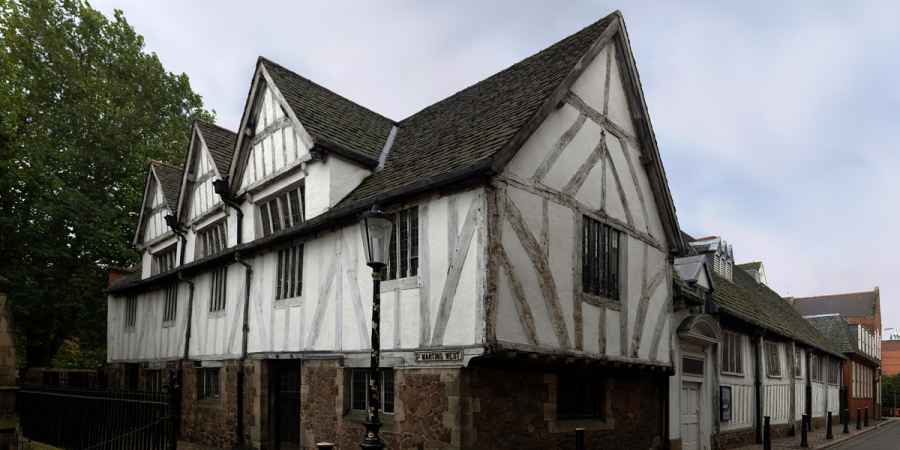 Built in 1390, the Guildhall is one of the best timber-framed halls in the country. It dates back 600 years and has had many different uses, a meeting a place, library, courthouse and lock-up, a theatre, a school and the headquarters of the Leicestershire police force.
Over the years, so many people have occupied the beautiful building for many different reasons. Could these past occupants and visitors be still walking the rooms and corridors of the Guildhall?
In the library on the building's first floor a phantom known as the White Lady has been seen on several occasions. Furniture, including tables, has also been known to move on its own and doors are said to unbolt themselves once they've been locked. Another apparition, that of a monk, has been seen standing over a large King James I bible on display in the room and the pages are said to mysteriously turn on their own.
The great hall is said to be haunted by the ghostly black cat, seen sitting on the stairs and in the jury room, loud footsteps have been heard, objects are said to move around on their own and the apparition of a police man has been seen. Cries and moans have been heard coming from the old cells and the figure of an old man wearing rags has been seen swaying from side to side.