#13NightsOfFrights Coming To REALLY This Halloween 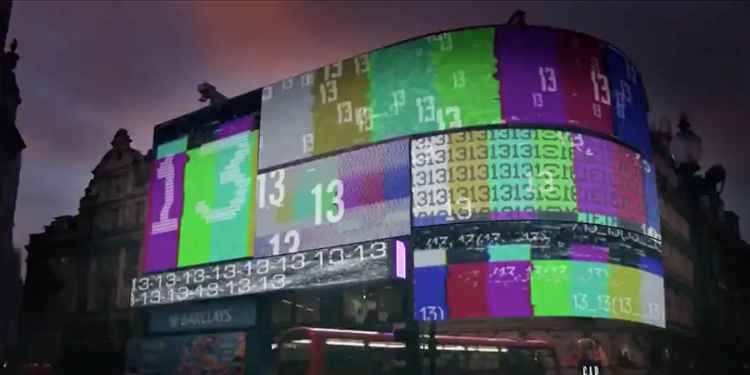 UKTV's channel REALLY is always the go-to channel for paranormal entertainment, but it looks like they've got a few treats in store for us this Halloween with 13 Nights Of Frights.

The broadcaster has teased its followers on Twitter with the hashtag #13NightsOfFrights and a spooky video revolving around the reoccurring theme of the number 13.
The channel, which is currently home of #Frightday, will be beginning their Halloween programming on Friday 19th October. It will then run over 13 consecutive nights up to and including the night of Halloween 2018.

REALLY have already confirmed that paranormal favourites 'Most Haunted' and 'Ghost Adventures' will return on the 19th October, each with a run of ten episodes ending just short of Halloween on Sunday 28th October. The series of 'Most Haunted' will start with an "As-Live" special recorded at Ashwell Prison.

You can't escape Halloween on Really.
Prepare for #13NightsOfFrights pic.twitter.com/kRPoTwH00V

As these shows come to an end on the 28th, it means the channel still has some surprises up its sleeve to keep us paranormal fans entertained over the three nights of Halloween.
Could we see a return of other REALLY favourites 'Help! My House Is Haunted' or 'Ghost Chasers'? Or perhaps British fans will be treated to the live version of Zak Bagan's 'Ghost Adventures' that is already confirmed to air in the US over Halloween this year.
REALLY haven't yet confirmed that they'll be showing the four hour long investigation which will be broadcast on the US Travel Channel from a haunted museum in Las Vegas, but we do know that part of REALLY's #13NightsOfFrights schedule includes live programming.
It was a few eagle-eyed viewers that worked this out after spotting a strange listing of "Most Haunted: Live Standby Programmes" on REALLY's website. Initially they thought this might signal a return of 'Most Haunted Live!' The channel hasn't aired a fully live version of the show since Halloween 2015, when Yvette Fielding and the team visited 30 East Drive in Pontefract.
However, 'Most Haunted's' producer, Karl Beattie confirmed on social media that these scheduled shows are listed as a contingency plan in case a live feed goes down on Halloween night, but sadly that live feed won't be 'Most Haunted', as there is no episode live or otherwise of the show scheduled for Halloween.
Fans of Zak Bagan will be pleased to hear that one of the surprises REALLY are about to announce is a UK air date of Zak's documentary, 'Demon House'. The film follows Zak's investigation of a reputedly haunted home in Gary, Indiana and has been previously unavailable to fans in the UK.
REALLY haven't yet revealed any more details about their Halloween plans, but simply teased the announcement of #13NightsOfFrights with the line "we'll start digging and share what we uncover... Stay tuned for more."
As today marks the first day of the Halloween season, we can probably expect to hear more news soon, follow @reallychannel on Twitter for more news.
Meanwhile, other broadcasters including Quest Red, 5STAR, Netflix and the BBC are starting to confirm their Halloween television schedules, you can get all the latest on Halloween television here.
The REALLY channel broadcasts in the United Kingdom and Ireland as part of the UKTV family of channels. You can watch REALLY on Freeview (17), Sky (142), Virgin Media (129) and Freesat (160), plus YouView, BT TV and TalkTalk TV.