20 Million British Adults Are Still Scared Of The Dark 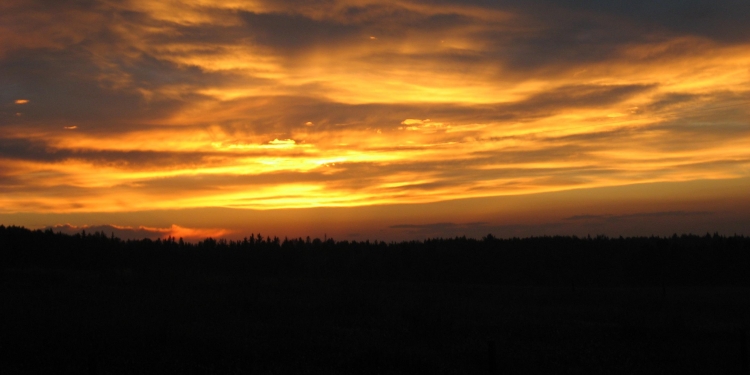 Four in ten British adults are still scared of the dark, research has revealed, this means the equivalent of 19.7 million adults up and down the UK will cower under the bedcovers rather than get up in the middle of the night.
Watching a scary movie, being home alone and hearing strange noises in the middle of the night are cited as the biggest causes of this irrational fear.
Indeed, one in ten people are so scared of the dark they wouldn't even get up for the toilet once all the lights are out.
And one in ten parents would prefer to let the children fend for themselves in the night-time than get up to see what was wrong.
Understandably, six in ten adults claimed to be terrified of completely dark rooms from as young as five years old – which means only a third have truly conquered their fears by adulthood.
Lucy Wynn Jones for GoGlow.co.uk, which conducted the study of 2,000 adults in conjunction with its launch of a new range of children's nightlight toys, said "we naturally assume that it is just children who have a fear of the dark, but perhaps more inexplicably, many adults do as well."
"It is perhaps easier to understand why kids might be frightened of the dark, as they are more susceptible to nightmares, have very active imaginations and may be exposed to children's television programmes about monsters and ghosts."
"For adults the fears are more complex and harder to make sense of, but as the research indicates, 54% of people admit their minds play tricks on them in the dark."
The study reveals a fifth of British adults will leave a bedside lamp or landing light on at night time so that they can see if they should wake up. A third chooses to sleep with a phone on their nightstand so they can phone someone in the middle of the night if they suddenly get scared.
The biggest worry for those scared of the dark is quite simply the fact they can't see anything, while 45% say it is the fear of the unexpected but a fifth of imaginative adults fully expect to wake to monsters or ghosts in the middle of a very dark night.
It is very telling then, that a third of parents polled admitted their own children are also scared of the dark, and have been since the tender age of three and a half. In fact, a quarter of parents accept the fact that their own fears of darkness are probably what has led to their children developing the same worries.
Nearly half of parents say the reason their children feel more nervous with the lights out is because their friends tell them scary stories. Frightening bedtime stories and unsettling television programmes are also blamed for kids having a fear of the dark, but 22% are sure it is also used as an excuse not to go to bed on time.
Lucy concludes, "there are precautions you can take to eradicate fears of the dark, whether it is for adults or children."
"For adults, a phone by the bed or a landing light left on are often all it takes for them to feel reassured at night-time, and for children the same principles apply.
"A calm and settling bedtime routine, which doesn't include any chilling bedtime books, plus a gentle night light next the bed will help ensure children get a good night's sleep."
Add A Comment

Are Paranormal Hangovers A Real Thing?