List Of 80s References In 'The Upside Down' - Stranger Things, Episode 8 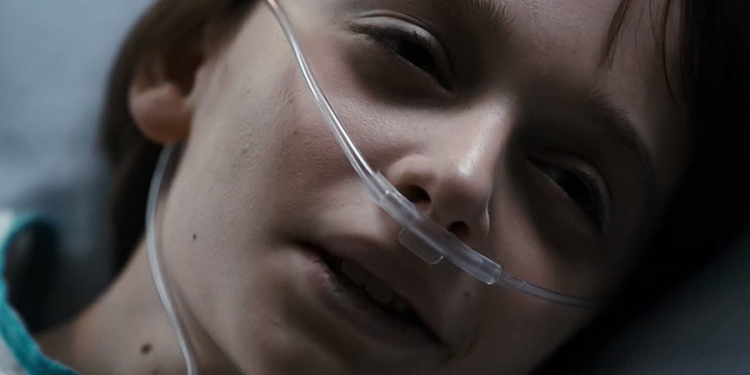 Early in the episode Nancy and Jonathan put their plan to capture the demogorgon into effect by setting traps. This is reminiscent of a scene in the first 'A Nightmare On Elm Street' movie when a character of the same name, Nancy, is setting traps for Freddy Krueger. Their plan is to entice the demogorgon out from the Upside Down to allow Joyce and Hopper safe passage through its realm. This plot mechanic is similar to the plot of 'The Lord of the Rings: The Return Of The King', when Aragorn and his men draw out the armies of Mordor so that Frodo and Sam can safely travel to Mount Doom to destroy the ring.
When Joyce and Hopper enter the Upside Down, the sequence is very similar to parts of the 1979 sci-fi horror movie 'Alien' when the crew of the Nostromo explore the planet which serves as the alien's nest.
Later in the episode the kids are running through Hawkins Middle School trying to escape the lab's agents. The scene is very similar to one in the 1985 cult movie 'The Breakfast Club' when the protagonists are trying to avoid their teacher, Mr. Vernon. The kids are eventually surrounded by the lab agents and Eleven is forced to use her powers to kill the agents. This moment is similar to a scene in the 1988 movie 'Akira' where Tetsuo discovers his telekinetic abilities and uses them in the same way to escape hospital in a similar corridor.
Having escaped the agents, the kids then encounter the demogorgon. Lucas shoots a rock at it using his slingshot. The moment is a nod to Stephen King's 'IT', in which the kids attack killer clown Pennywise with a slingshot.
The demogorgon appears to be pushed backwards by the attack, but it was actually Eleven who knocked the creature back using her powers, not Lucas' slingshot. The is reminiscent of a moment in Steven Spielberg's 'Saving Private Ryan' from 1998. In the final battle Tom Hanks' character shoots his sidearm at an approaching German tank. The tank explodes, but it is revealed that it's not Hanks' shot the caused the damage but fire from allied air support.
The references all get a bit meta at the end of the episode when the boys are playing Dungeons & Dragons. As they discuss the outcome of the game, they are actually referencing the events of the series and addressing unanswered questions that will potentially be resolved in the following seasons.

'Horizon' - Tangerine Dream
In a flashback we seen Hopper playing with Sarah in the park, but thing take a sudden turn and Hopper comforts Sarah after she experiences the first signs of a breathing issue that eventually took her life. This song is also used in Stephen King's 'Firestarter', which has a similar plot.
'When It's Cold I'd Like to Die' - Moby
Eleven uses her powers to destroy the demogorgon in the class, but she vanishes afterwards.
'Carol Of The Bells' - Mormon Tabernacle Choir
Hopper makes an appearance at the police department's Christmas party, but leaves prematurely and heads to the woods where he leaves food, including Eggos, in a box.
'White Christmas' - Bing Crosby
Bing Crosby's Christmas classic plays as Joyce and her family come together for a festive meal.

On To Season Two