List Of 80s References In 'The Flea And The Acrobat' - Stranger Things, Episode 5 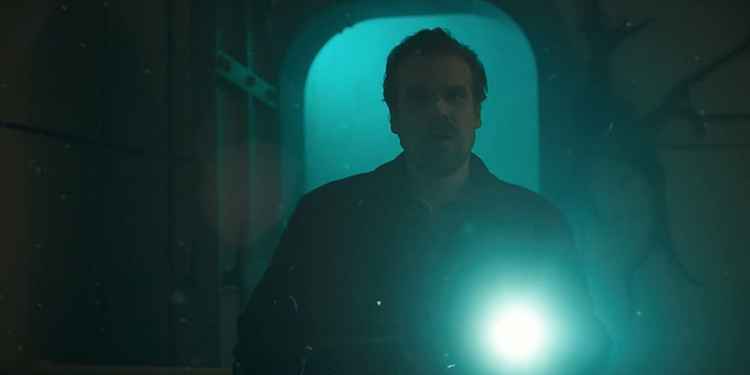 When the boys are trying to work out where Will is, Dustin turns to Mike's Dungeons & Dragons guide for help and read about "the vale of shadows." One of many references to the role play game in the series.
As Nancy prepares for a possible encounter with a demogorgon, she's pick up a baseball bat as a weapon. Beside the bats is are some croquet mallets. This could be a nod to Stephen King's 'The Shining'. In the novel Jack uses a mallet as a weapon in a pivotal scene. Nancy's practice is interrupted by Steve who asks her if she wants to go to the cinema. He suggests the 1983 film, 'All The Right Moves'.
Later the boys and Eleven are walking along train tracks in pairs as they try to find the gate to the Upside Down. The scene reminiscent of moments from 'Stand By Me', the 1986 film that 'Stranger Things' is often likened to. The movie is based on Stephen King's short story, 'The Body', which was the title of the previous episode.

'Elegia' - New Order
'Elegia' by New Order plays on the morning of Will's funeral as everyone gets ready to attend.
'Green Desert' - Tangerine Dream
Hopper wakes up in his trailer without any memory of how he got back from the lab. Fearing his home may be bugged, he rips every room apart looking for a listening devices.
'Old Time Rock & Roll' - Bob Seger & The Silver Bullet Band
Steve arrives at Nancy's to find her practicing defending herself will a baseball bat, moments later he sings this song to her.
'Nocturnal Me' - Echo & The Bunnymen
Jonathan is left alone in the woods as the rip in the tree seals behind Nancy and this song places as the end credits being to roll.

On To Chapter Six