List Of 80s References In 'The Monster' - Stranger Things, Episode 6 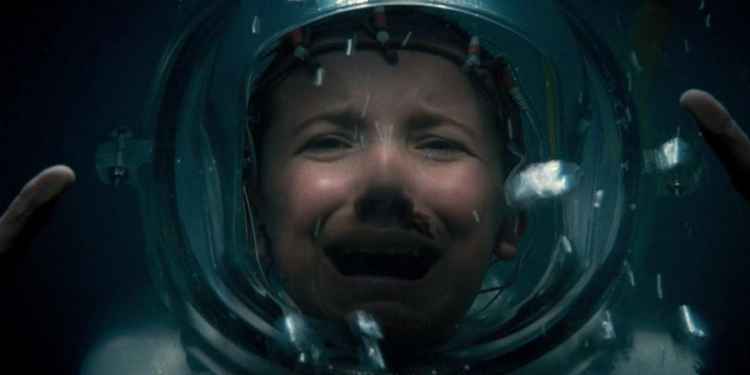 The car Hopper drives, a 1973 Ford Pinto, is a nod to the car drive by the Trentons in Stephen King's 'Cujo', most memorable from the famous scene  in Donna and Tad are forced to take shelter in their Ford Pinto when Cujo attacks them.
Eleven's astral projections to the black, featureless, void are very similar visually to a 1982 episode of 'Doctor Who' entitled 'Kinda'. In the episode the Doctor's companion character Tegan falls into a dream state where she encounters a similar void. The episode's plot revolves around a serpent-like monster invading our realm from the astral plane, a plot not dissimilar to 'Stranger Things'.
Hopper and Joyce visit Eleven's biological mother and go into her old bedroom. On the wall there is a framed illustration of the White Rabbit from 'Alice's Adventures In Wonderland', a story that includes a child falling through a portal into an alternate world full of strange things. Also in the room is a musical mobile hanging over the cot. The mobile features clowns which are similar to the evil Pennywise from Stephen King's 'IT'.
During the fight in an alleyway in town between Jonathan and Steve, Tommy shouts, "stop it, man! He's had enough!" This line is almost identical to a line delivered in the 1984 movie, 'The Karate Kid'. In another scene with a violent encounter, school bully Troy pulls a knife on Dustin. This moment is reminiscent of the scene in 'IT' when Henry Bowers uses a knife to slice his initials on to Ben Hanscom's stomach.

'Sunglasses At Night' - Corey Hart
The episode opens with Corey Hart playing on Steve's car stereo as he drives with his friends to Nancy's house.
Violin Concerto In E Major, BWV 1042
Mr Clarke is listening to this Bach concerto when a Hawkins Lab agents arrives at his house posing as a representative of a state-wide school's AV club.
'I See The Future' - Andrew Pinching
Nancy's mother comes to her bedroom and opens the door, only to find the room empty and 'I See The Future' playing.
'Happy José' - Kookie Freeman
'Happy José' is playing in the aisles of the grocery store that Eleven steals Eggos from, before eventually being chased out.
'Lullaby' - Johannes Brahms
While in Terry Ives' baby's room this song plays as Terry's sister tells Joyce and Hopper about Terry's involvement in the MK Ultra project.
'The Bargain Store' - Dolly Parton
Nancy and Jonathan go to an army surplus store to buy weapons and supplies to help them hunt the demogorgon.
'Exit' - Tangerine Dream
Jonathan gets involved in Nancy and Steven argument resulting in a fight in the alleyway that requires the police to break up.

On To Chapter Seven