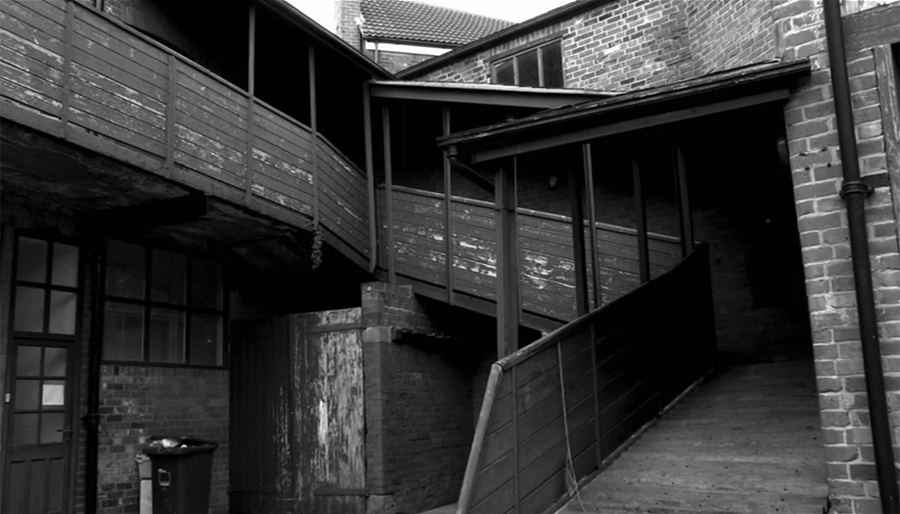 For the very first time, Yvette Fielding and her ghost hunting team investigate a former funeral parlour in Hull, where the team captured some remarkable evidence on a locked off camera.
This unique, listed building was once part of the Hull Citadel and was constructed in the late-1800s. Over the years it's been home to many businesses including a photographer and hairdresser, but it was most famously used as a funeral parlour and livery.
The building sits on the site of a medieval fortification, on the exact spot that was once used as a prison, it's said that here protestants killed Catholic priests, adding to the building's grim past.
Unusually the stables for the horses were on the first floor, while the carriages used to transport the dead to their final destination were stored below. The ground floor also housed a refrigeration room where the bodies were stored and an embalming room.
The funeral parlour is linked to one famous local murder. In 1891 Mary Jane Langley visited the building to have her photo taken, this was the last place she was seen alive. Her body was later found in a ditch in Preston Long Lane, her throat had been cut. The police never found her killer. 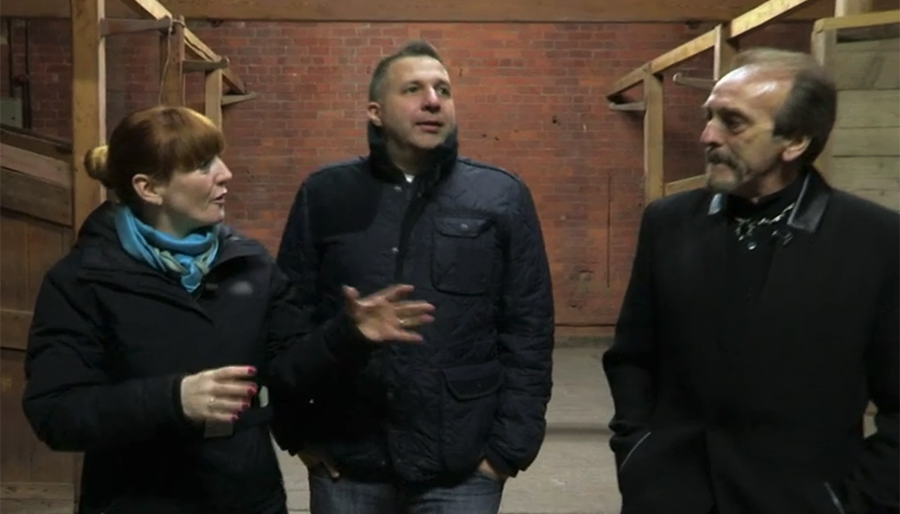 Yvette is sure the team are in for a night of paranormal scares, but the show's resident skeptic, Glen Hunt said, "I'm actually quite skeptical about this because surely the last place on the planet you'd imagine to be haunted would actually be a funeral home, because if you think about it, people die elsewhere and then they just bring the bodies here. So ultimately, this is a place of rest."
But, there's no denying that the building has plenty of ghost stories. In the refrigeration room strange sounds have been heard. The stables are haunted by whistling and the sound of heavy-booted footsteps, and people have reported feeling sick here. In the embalming room people have reported seeing dark, moving shapes, hearing thuds.
And most terrifying of all is the ghost of a man, which has been seen crawling through the hay loft on numerous occasions by many different people. 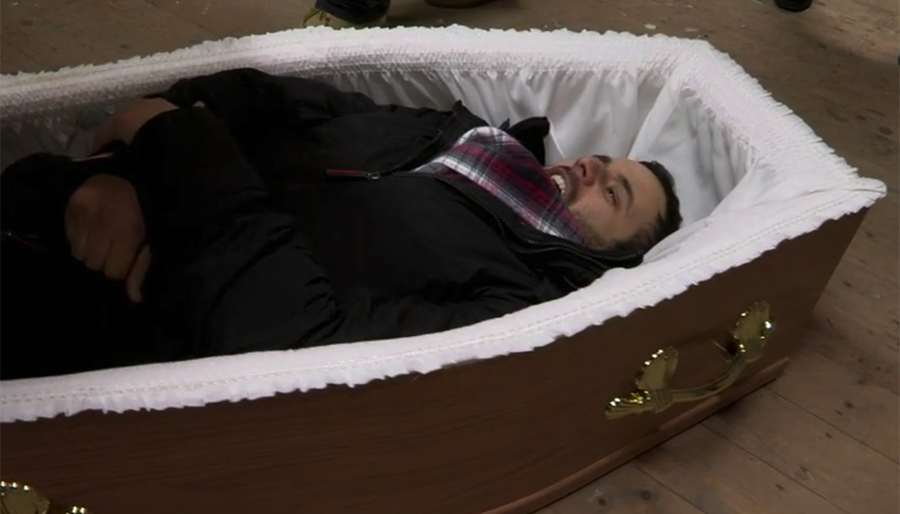 Before the investigation got properly underway, the show's EVP expert Eamonn Vann-Harris was volunteered to be put in a coffin, which sat in the middle of the hey loft. He was left there while the team conducted their preliminary walk around the house.
Yvette laster came to let Eamonn out, he actually looked like he'd be sleeping. On being freed, he said, "I've never been in a coffin before, I don't think I will again." He said during his time in the coffin he called out to the spirits, "I didn't hear anything, but you can't really hear too much in here anyway. It really is deadly silent." 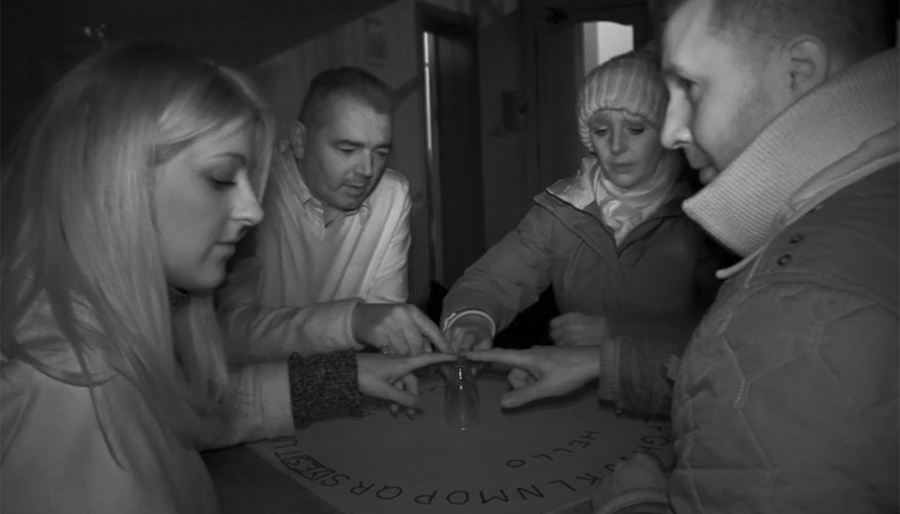 With the lights out the investigation began in the chapel area, where Glen was joined by Karl Beattie, Stuart Torevell and Fred Batt.
Straight away the they heard knocks that sounded like it was coming from underneath them. They soon went into and an adjoining room and sat around a large table to conduct a séance. Karl called out to the spirits, "can you knock four times if that's you Mary Jane?" His request was answered by four definite knocks that seems to be coming from the table. Glen then called out for the first time and got knocks in response to his question.
During all of this Yvette was with Leah Walton, Darren Hutchinson and cameraman Gregg Smith in the back corridors. As they walked up some stairs they heard what Yvette described as sounding like a human groaning noise. But little else happened for the team in this location and they ended up joining Karl and they others, who were now armed with a ouija board.
While sat around the table, Leah felt something underneath, "what the hell, it was actually underneath me!" Yvette asked, "did you feel it?" Leah replied, "I don't know because I'm too scared to feel anything." Leah continued to be disturbed by knocking, she described it as feeling like vibrations under her chair.
Karl asked the spirit of Mary Jane who killed her, he asked her for a name and the board spelt out "Deeming". According to Karl, Frederick Bailey Deeming was one of the suspects in the murder investigation. 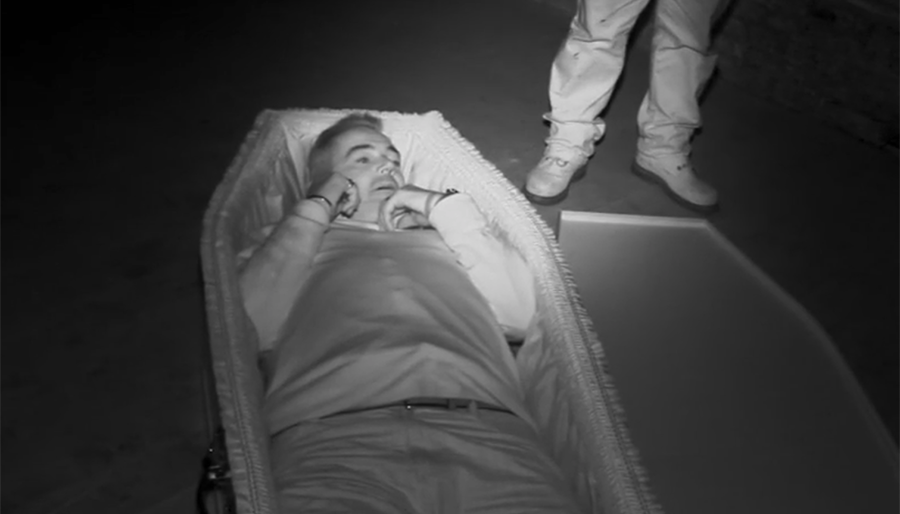 Later Yvette, Karl and Stuart were in the hay loft, where they thought they had made contact with murderer Frederick Bailey Deeming himself. Stuart called out asking the spirit to show a sign and they heard the coffin in the middle of the room knocking, touching it they actually felt it move.
Karl then climbed into coffin and the lid was put on, while Yvette called out to the spirits whiles sat at the head of the coffin. They both heard tapping, knocking and scratching. But then suddenly Karl burst out of the coffin causing Yvette to scream, he said he heard the word "out" whispered to him as clear as day.
Glen and Leah then came and joined them, after hearing the commotion. While stood around talking, Karl and Leah suddenly jumped together when they felt the floor underneath them bounce up. Karl said he felt something grab his arm simultaneously. 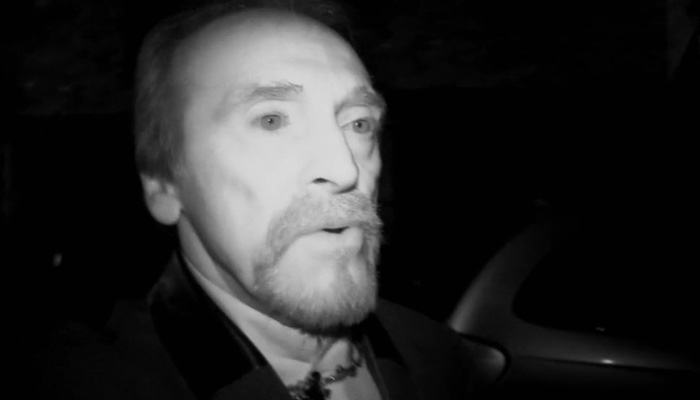 After being selected by an unlucky dip, demonologist Fred was selected to hold a lone vigil in the room where countless dead bodies would have been stored over the years.
He did what he does best and called out to any dark entities, "come forward and see me, let me prove to them all that you're there. A lot of people don't believe in you." As soon as he'd finished his sentence, there was a loud bang, Fred said it was getting "very very hot" in there and had to close down the vigil and leave.
While Fred was in the refrigeration room, Karl and Stuart were off on their own. They heard plenty of knocks and bangs, and at one point Stuart was left short of breath. They then heard a strange dragging sound coming from upstairs.
They ran upstairs to the room where they'd had a locked of camera all night, only to find it empty, but upon reviewing the camera footage, they found the cause of the dragging sound.

Throughout the whole episode Eamonn was sat alone as he attempted to capture EVPs. At one point he recorded something in response to Yvette calling out "hello," there was a really garble noise that they thought sounded like a "yes".
Later in the episode while Fred was in the refrigeration room, he called out "do something to prove you are here" and Eamonn captured a response, which he thought appeared to "say what you want to me." Upon playing it back to Yvette, she described the evidence as "totally freaky."
For reviews of all of the new episodes, plus highlights and evidence from the shows, and to find out when Most Haunted is on next, visit the Most Haunted episode guide.