From time-to-time some weirdo starts a rumour online that a celebrity has died, it's happened to Jackass star Johnny Knoxville, 90s British kids TV presenter Neil Buchanan and even Governor of California, Arnold Schwarzenegger. As soon as people realise the celeb is still alive and kicking it gets forgotten, but in the case of Avril Lavigne the nasty rumour hasn't gone away and he become a conspiracy theory with thousands of believers. 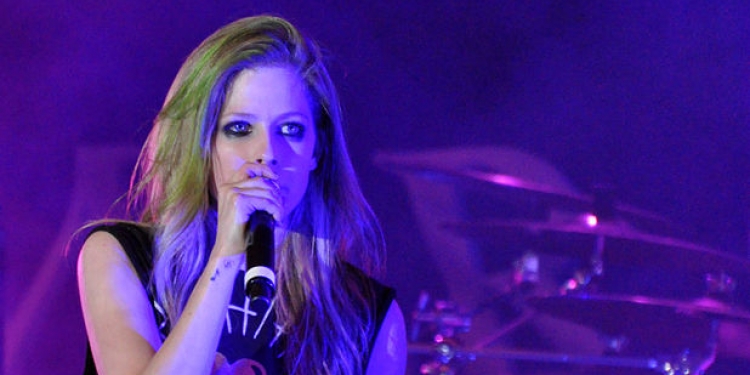 Photo: © Jose Garcia
Those who subscribe to this theory believe that the Canadian singer-songwriter died in at the peek of her career and was replaced by a look-alike.
This isn't a new conspiracy theory but for some reason it keeps remerging online, in 2015 the theory about Avril got a resurgence after a Ryan Broderick wrote an article for BuzzFeed on the topic. The current interest in the conspiracy is all down to one Twitter user who shared the claims with their 13,000 followers.
There's a couple of versions of this story, one claims that the singer was killed in a snowboarding accident during a ski trip in 2013, but the most commonly retold version is that Avril took her own life in 2003 after her grandfather's death.
From this point on, the internet conspiracy gets even more bizarre. It's said that her suicide would have been too distressing for her teenaged fans to deal with, so rather than announcing the star's death, the record company hired Melissa Vandella to impersonate Avril.
At this point in her life, Avril was still basking in the success of her debut album, 'Let Go' and had just wrapped on the recording of her follow-up, 'Under My Skin'. Her record label, RCA, knew the second album would be a hit so decided to release in spite of her death but used Melissa to promote it.
Ironically, the album would have probably sold a hell of a lot more copies had it come out that Avril had died. Just look at the effects of musicians' deaths on the charts. The like of Michael Jackson, Prince and David Bowie's music have all seen huge boosts in sales in the period immediately after their deaths were announced.
It's been reported that Melissa has acted as a stand in for Avril in the past when the teen star didn't want to be bother by paparazzi, and the Twitter account behind the conspiracy theory even goes as far as to say that Melissa and Avril were "best friends."

How Did The Fans Find Out The Record Labels Big Secret? 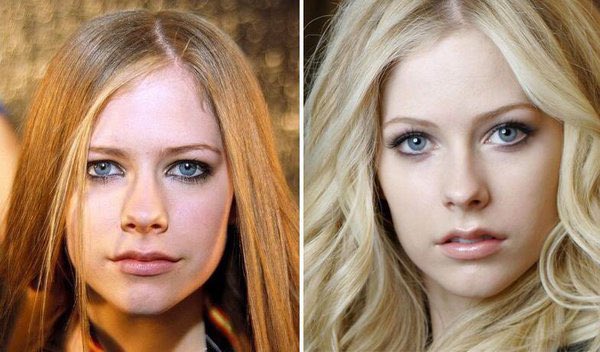 Let's assume for a second that this mad conspiracy theory is actually true, how did the fans find out the big secret the record label were hiding from them?
Well, they conspiracy theorists claim that Avril's skin looks different, her jawline, the corner of her eyes, her fashion sense and even her handwriting have all changed.
One piece of evidence that those behind the claim throw around is a photo taken of "Avril" but on her hand she's written the word "Mellissa," the theorists think this is really weird and wonder why Avril would write Mellissa's name on her hand... these are the same conspiracy theorists that say Avril and Melissa became best friends, so surely it's not that weird.
In 2003 Avril was just 18-years-old, now 14 years on people are comparing teenaged photos of the singer with current photos, she's now 33. Of course she looks different, if I looked how I looked when I was 18, not only would I be very happy but I'd be a medical miracle.
Her skin looks different because she's no longer a greasy teen covered in concealer, her jawline has changed as she's grown and the corner of her eye look different, quite simply because she's got better at applying makeup.
As for her changing fashion sense, would you wear the clothes you were wearing 14 years ago? 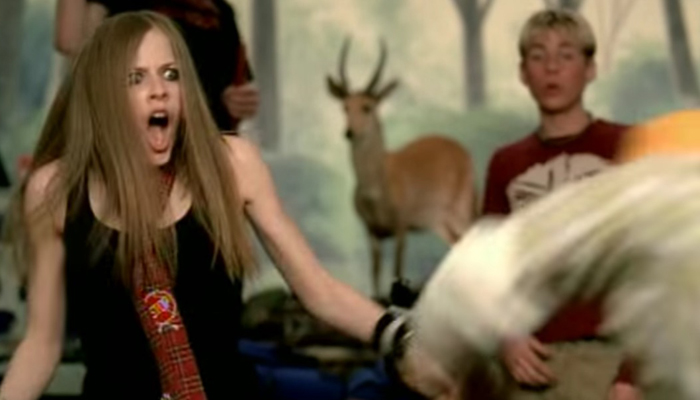 The conspiracy theorists online are making direct comparisons between the music videos for Avril's 2002 hit 'Complicated' (pictured above) and her 2014 release 'Hello Kitty' (pictured below). The conspiracy nuts have pointed out that Avril's fashion taste has changed drastically, as has the genre of music she produces.
Well of course it has, Avril makes pop music. Pop is constantly evolving and reflects a moment in current pop culture, these songs were released 12 years apart. Fashion has changed a lot in this time and so has pop music itself. 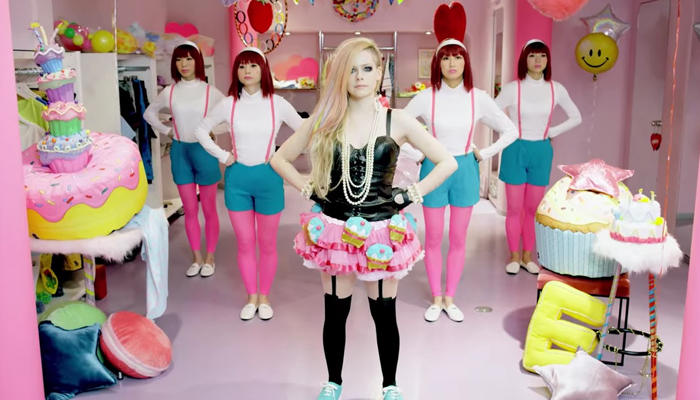 Of course in order to keep up the pretence, Mellissa has had to learn how to sing like Avril but fans of "the old Avril" claim that she can't reach the same notes that Avril released pre-2003... but then I'd challenge teenage chorister Aled Jones to hit the notes he sung when he was just 15-years-old in the 1985 song 'Walking in the Air'.
Not only is Avril alive and well, she very active still on social media and is still in the studio working on a new album, there is no way staff at the label and Mellissa herself could have kept something like this secret for so long.
I've only just skimmed over the huge list of evidence the conspiracy theorists have accumulated, it's all out there on the web but to be honest it's not worth me digging it all up because it's all as weak as the examples I've given above.