Barry Chuckle Visits Paul From The Afterlife In His Dreams 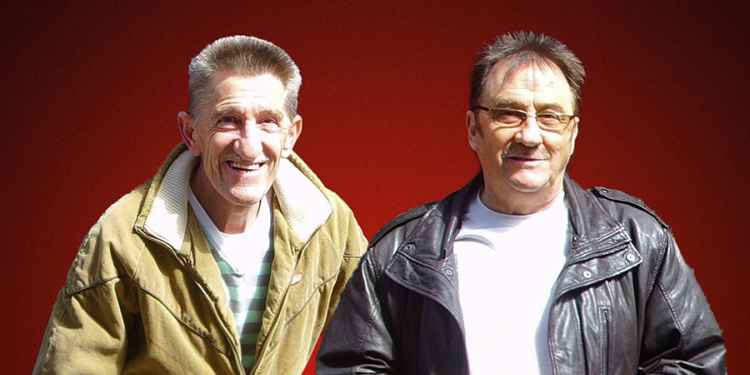 Photo: en.wikipedia.org
Legendary kids' television presenter Paul Chuckle says that his late brother and comedy sidekick, Barry, has been visiting him in his dreams. Paul believes these visitations are Barry's way of showing him that there is an afterlife.
The 'Chucklevision' star lost his older brother last year after a battle with bone cancer, but 71-year-old Paul has found comfort in his dreams, where he is reunited with Barry.
Paul told the Metro, "there is an afterlife, I always thought so. Barry never thought there was an afterlife. He thought, when the time comes, that's it, you're gone. Having said that, from the day he died, he was always in my dreams."
The comedian said he almost never dreamt about Barry before his passing, but now he's always beside him, no matter where Paul goes in the strange and abstract world of dreams. He said, "you know how in dreams you are walking around, and you bump into people. Wherever I'm going, he'd always be beside me. And I think that's his way of coming back to tell me I was right, there is an afterlife."
The pair had worked together for six decades, in shows such as 'The ChuckleHounds' and eventually the long-running 'Chucklevision'. They were well known for their public appearances, and Paul has continued performing after Barry's death, having previously vowed to carry on as he knew his brother would want him to.
Paul was forced to make the switch to working solo after Barry told him he was seriously ill, having initially kept his illness a secret. Paul said, "he told me eventually that he was really ill, and obviously he couldn't work anymore, which was only seven weeks before he died."
Of course, the Chuckle Brother isn't alone in receiving visitations from a loved on in his dreams, in fact it is said to be the most common way to be visited by someone in spirit. Those who have experienced the phenomenon often describe seeing their deceased loved one enter the dream while surrounded in light.
Like Paul's experience, the majority of people who have had similar dream visitation say that the person in their dreams will usually be there to offer comfort and to left those they have left behind know that everything is okay and that they have made it to the other side.
A dream visitation is very different to simply dreaming about a person. Upon waking, the dreamer will feel like their loved one was just standing beside them.
Below is one of the Chuckle Brothers' finest moments, the pairs performance alongside rapper Tinchy Stryder in the BBC Radio 1 Live Lounge in 2014.
Add A Comment
Tags:
paranormaltelevisiontopical