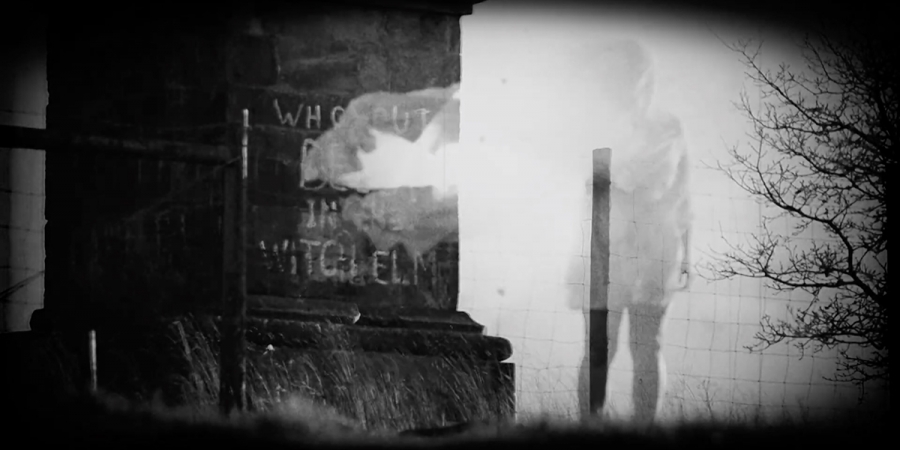 In 1943 a group of boys wondering the woodlands of Hagley Hall in the Black Country discovered the remains of an unknown woman stuffed inside a hollowed wych elm tree, but who was she and how did she get there?
The mystery still hangs over the small town to this day and the identity of the female skeleton found there remains unknown.
The case was made all the more weird when in 1944, mysterious graffiti began to adorn the walls of the West Midlands which read 'who put Bella in the wych elm". Somebody knew but who? This curious phantasmagoria investigates the known possibilities which takes us from the mysterious realms of witchcraft to sinister WW2 espionage.
The brand new re-mastered cut of the award-winning folk horror featurette, 'Bella In The Wych Elm' tells this great British mystery how any dark and disturbing tale should be. The 35-minute-long film was shot locally to the location of the mystery in a black and white cine-film style, although HD.
The short film, directed by Thomas Lee Rutter, was originally release in 2017 but is being re-released next month as a definitive blu-ray and DVD collectors set.
You can pre-order the 2021 version now, which comes with a reversible sleeve featuring brand new artwork by the horror artist, Sludgework.
'Tatty' Dave Jone narrates the film in a broad Black Country accent over an unsettling and fitting soundtrack, but the influence of silent movies is clear to see in this independently-produced film. It's no surprise that the special edition includes a silent movie edition with inter-titles and alternative score.
'Bella In The Wych Elm' is available to pre-order now and ships April 18, get your copy at carniefeatures.bigcartel.com.
Add A Comment
Tags:
horrormoviestopical