If you're hoping to track down some ghosts and ghouls but don't want to spend money on expensive ghost hunting equipment, then these paranormal apps will help you detect spiritual energy and communicate with ghosts using the same techniques as other paranormal gadgets.
Communicating with spirits in this way his known as Instrumental Trans Communication (ITC), but as no one really has a full understanding of the nature of paranormal beings and activities, most of the apps include the disclaimer that they cannot guarantee the accuracy of the data and messages received by the software.
Many of the apps are based on randomisation algorithms to generate words from a database of words or phonics, the apps allow any spirits in the vicinity to interfere with this random sequence and intentionally select words in order to communicate a message to the living.
Others are based on the detection of fluctuations in the electromagnetic field, as phones and other mobile devices don't have a true EMF meter built in, the apps use a combination of inputs including the compass, magnetometer and accelerometer to build up a picture of electromagnetic field strength. 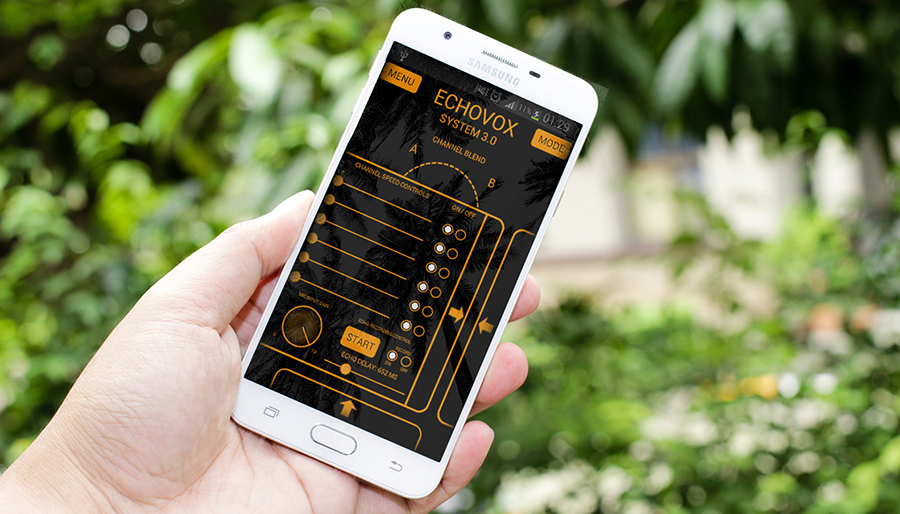 Photo: pixabay.com
This is perhaps the best known spirit box type app available for mobile devices. The app is pre-loaded with a library of phonetics and word elements, these words are randomly spewed out by the app. The idea is that any spirits present are able to interfere with the app and affect the random nature in order to form words and communicate. Spirits can do this by manipulating various sensors built into the device including the phone's microphone and motion detector.
The app has been used by various paranormal investigation teams, including those featured in ghost hunting television shows like 'Ghost Chasers' and 'Ghost Hunters International'.
The app has mostly positive reviews in the apps stores, with comments including:
"This works really well for communication."
"I've used EchoVox before and I've loved the software and it's very well made."
"Easy to use fun to play with. But I never got a voice talking to me."
"Oh my, this app gives me the chills! I uninstalled it after my first session out of fear."
This app is one of the most expensive paranormal apps of its type and is available to download for both Android and iOS devices.
DOWNLOAD
DOWNLOAD 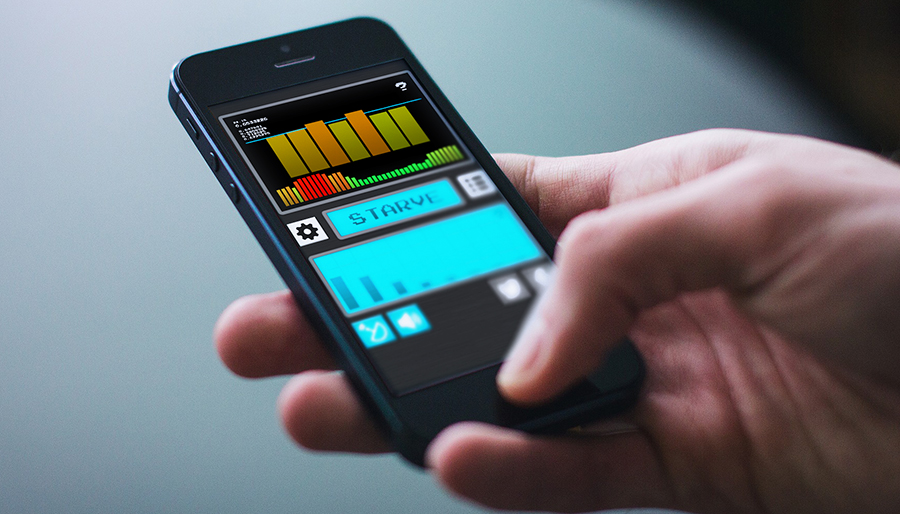 Photo: pixabay.com
Ghost Hunting Tools is a popular free app that gives users access to an EMF meter, EVP detection, and word analysis. Although mobile devices don't have EMF meters, it uses some of the phone's other sensors including the compass and accelerometer in order to detect electromagnetic fields, these fields are said to be associated with spirit manifestations.
The app also captures EVPs, also known as electronic voice phenomena, these are sounds captured through electronic recording methods that are believed to be the sound of spirits communicating. The app shows a graph of the base-level noise from FM bands and the microphone, it then plots any anomalous sounds on top of this.
The word interpreter tool will then look for words and patterns within the EVP and EMF data and present closely matching words to the user.
The review of Ghost Hunting Tools are mostly positive, like "this is a great app. It is very accurate." However, others are a little more skeptical of this app, "I installed the app on two phones. Side by side. Totally different readings."
DOWNLOAD
DOWNLOAD 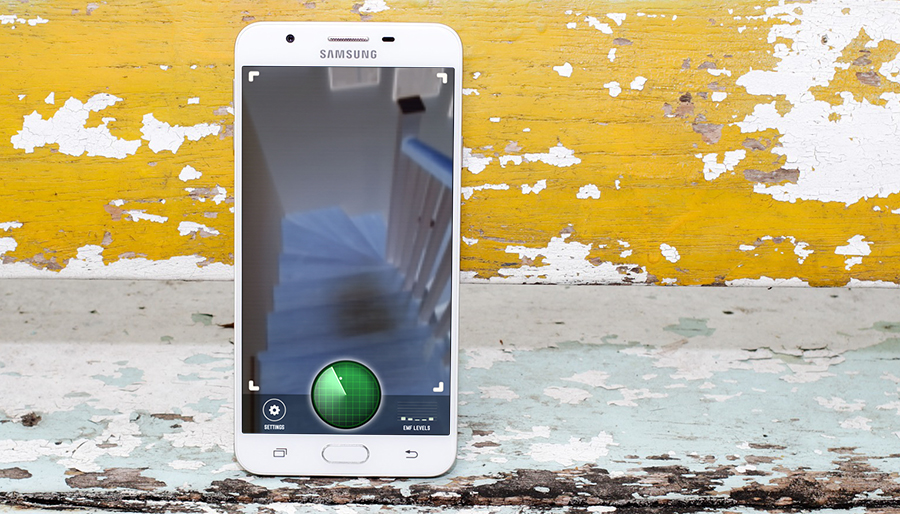 Photo: pixabay.com
The app claims to be "the only ghost detector app that lets you chat with spirits for free". It's simple to use, just start the app, walk around the location that you believe is haunted and the app will point you in the direction of ghosts. Quite how it does this isn't explained.
Once you find a ghost you can then communicate with it by typing a message and the spirit will type back. Reviews of this app are mixed, with some saying "I love this app! I've met at least four ghosts!" But others say, "this app seems stupid and fake. Same responses over and over again." Users also question how spirits that claim to be hundreds of years old know how to communicate by typing on a phone.
DOWNLOAD
DOWNLOAD 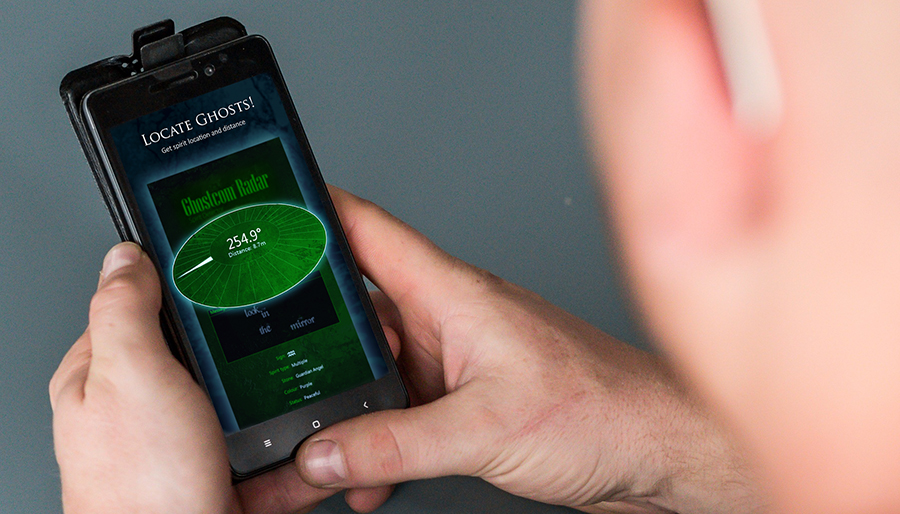 Photo: pixabay.com
The Ghostcom Radar Spirit Detector promises to deliver you messages from the spirit world and pinpoint the spirit's location in the room you are in. The app allows you to ask the spirits questions. Like other apps on the list, it is pre-loaded with a huge database of over 2,000 words which the spirits can use in order to answer your questions via the phone's sensors and inputs.
The app also provides stats to help you investigate the spirit's zodiac sign, spirit type, colour, stone, emotional state and much more. This app also mostly has positive reviews, like "this app is unbelievable....I know my house is haunted and it was a murderer victims house. Many people died here." There are a couple of negative reviews, which simply make the claim "fake" without offering any further details.
DOWNLOAD
DOWNLOAD 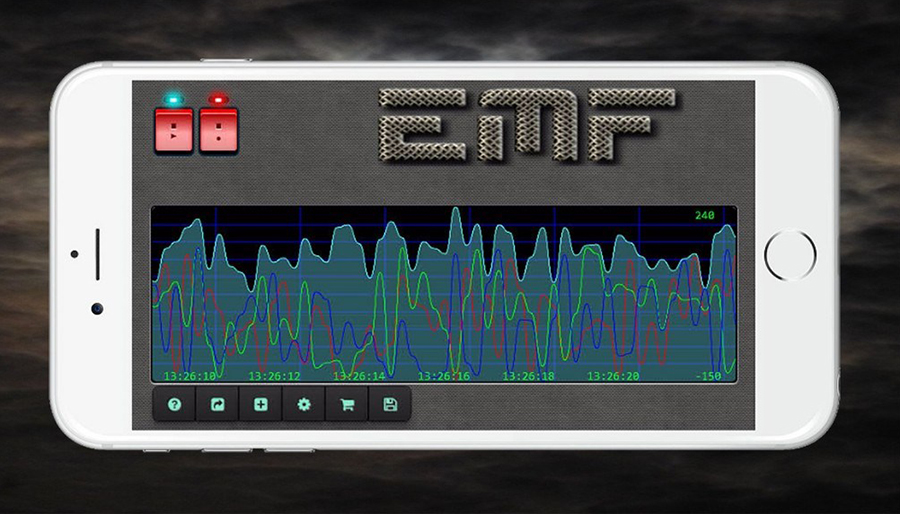 This free Android/iOS app uses some of the phones sensors and inputs including the magnetometer to simulate an EMF meter. The app detects changes and spikes in the electromagnetic field in the room, it's believed this is evidence that a spirit is present.
The data is shown in realtime on a gauge and is also recorded and logged so that you can analyse it after your investigation by swiping and zooming through the graph representing recorded data. You can also export that data for use in Microsoft Excel.
The app has mixed reviews, some say "seems to work, picks up signals around obvious areas and picks up other energy too," and "the thing went crazy in the cemetery." Others have reported that the app throws up lots of error messages, one user says "it's fake. I have spirits in my home and it didn't read anything at all."
DOWNLOAD
DOWNLOAD 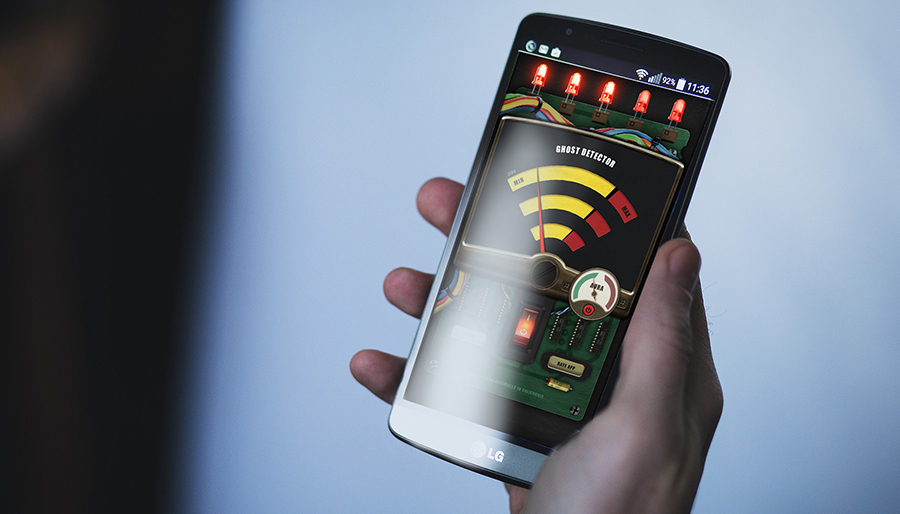 Photo: pixabay.com
The app claims to be one of the most accurate ghost detectors, It's designed to be used in haunted places to find out if paranormal entities are present. The app is based around the developer's "EM4 algorithm". It's claimed this can measure the nature of paranormal entities and whether their effect on its surroundings is positive or negative at any given time.
The reviews of this app are all very positive, in one lovely bit of feedback a user shares her experience using the app, "my stepdad passed away last year and I've been trying to reach him but I've been always too scared to try a Ouija board so I thought I would try this apps. I put it to his picture and it immediately went to max with full blue aura. It made me feel that he is okay."
DOWNLOAD
DOWNLOAD 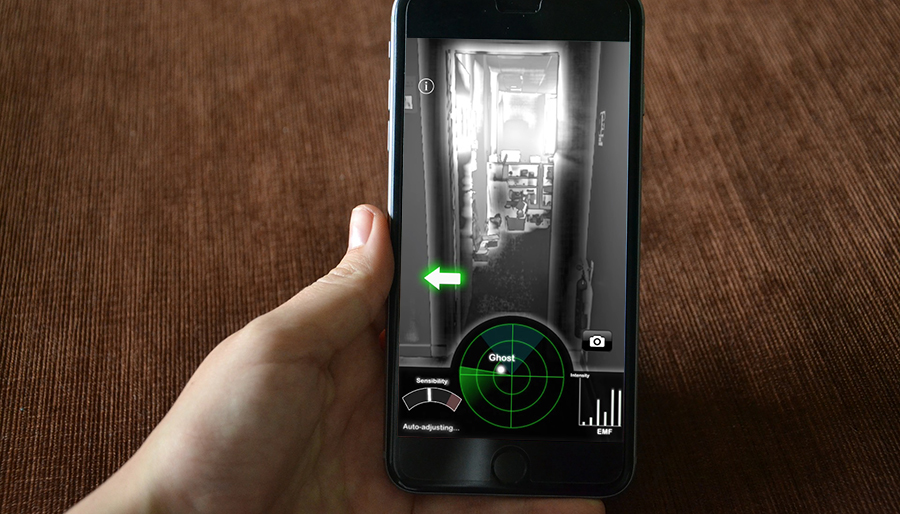 Photo: pixabay.com
Ghost Observer is a ghost detector which overlays the spirits it picks up on over a realtime view of the room from your camera and lets you communicate with any ghosts you may encounter via the phone's speaker. It also claims to be able to translate what the ghost is saying to written words.
The app includes a ghost radar at the bottom of the screen, which will alert you when a presence is detected, and give the location of the spirit. The app will give you information about ghosts you are seeing, like its age and type of spirit.
The app works well, but most of its reviews verge towards the negative end of the scale, with comments like:
"I got this app to try it out and found four spirits in my house and many more in the backyard. Do I believe that this app is real myself? No. It's purely for entertainment purposes and nothing more."
"This app literally is the most fake ghost app I have ever had."
"Totally fake. keep your finger on camera but still it will show you a ghost."
DOWNLOAD
DOWNLOAD

So far we've covered the best apps that are available on both Android and iOS on this list, but we also have a couple of recommendations of quality ghost hunting apps that are only available for download on iPhone. 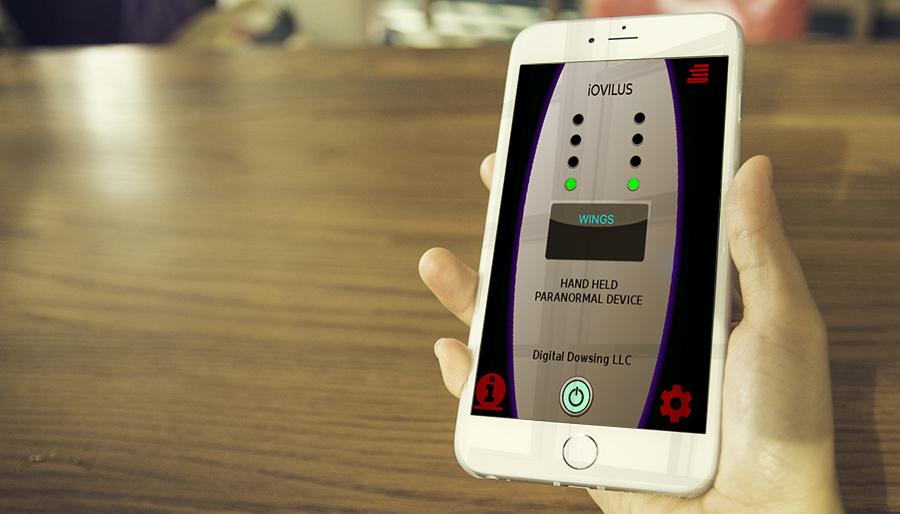 Photo: pixabay.com
The iOvilus app uses the same technology to allow spirits to communicate as the Ovilus, a popular piece of professional ghost hunting equipment. The principles are the same as other speech synthesis apps on the list. It uses the iPhone's sensors to allow spirits to affect the random words which are generated by the app from a bank of 2,048 words.
DOWNLOAD 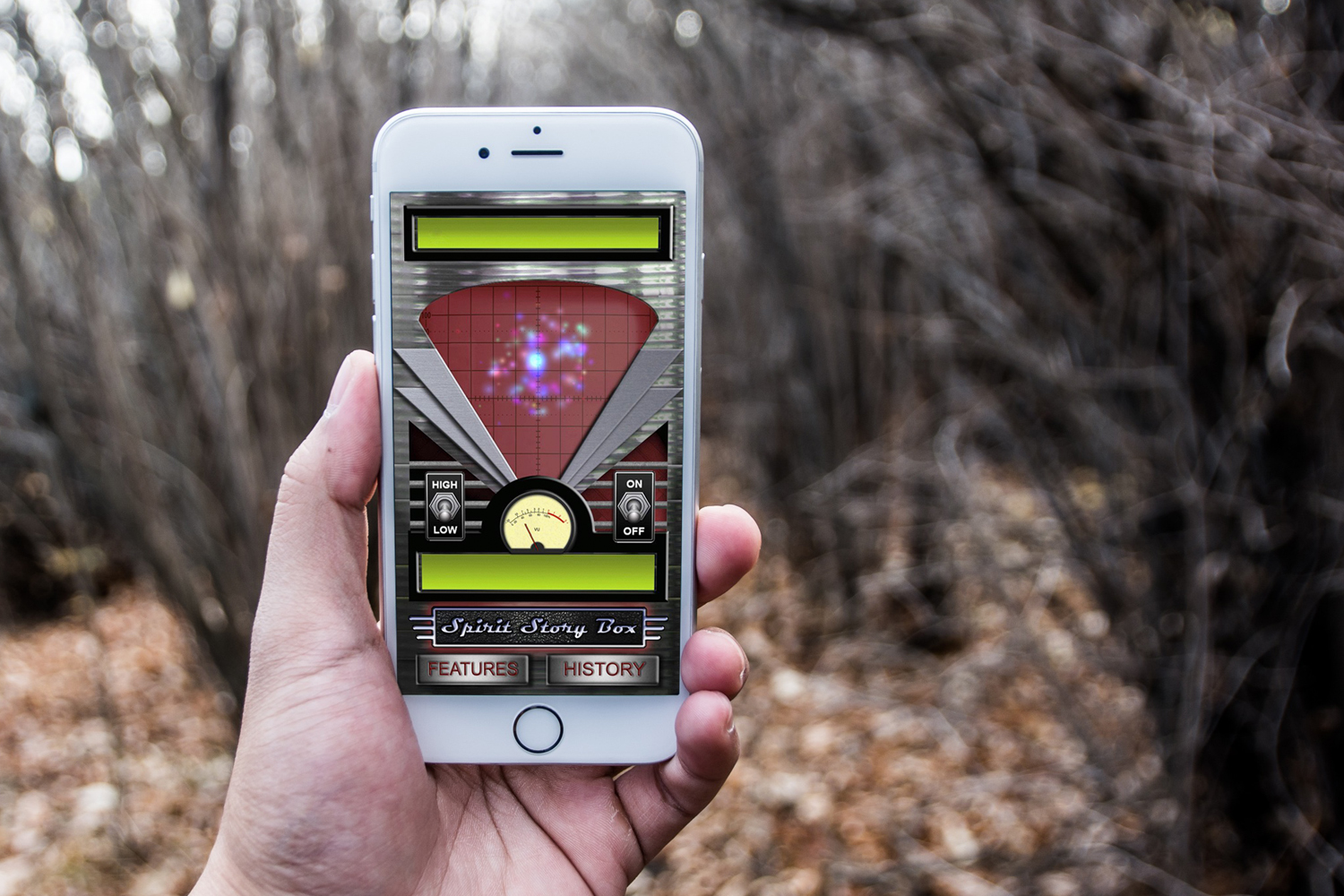 A fun app, which sadly is only available for iPhone. The app is similar to some of the other speech synthesis apps on the list. It uses atmospheric sensors to generate its random output, but the app's key selling point is that it uses a "unique, proprietary story engine" to produce meaningful, simple sentences. From time to time spirit voices appear on the display and a computerised voice reads them out.
A list of the words which have come through appear on the 'history' tab so you can keep track of the ghostly interaction during your investigation.
DOWNLOAD