Are These Birds Performing A Satanic Ritual To Resurrect A Cat? 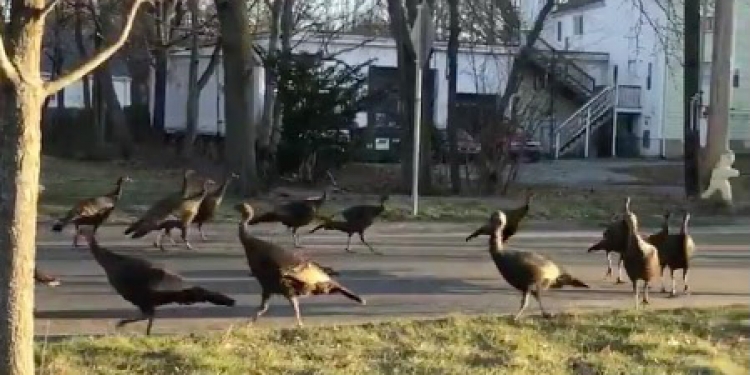 This week a flock of turkeys were captured on video performing what looked like a dark magic ritual around the remains of a dead cat in Massachusetts.
The strange event was posted on Twitter by @TheReal_JDavis and seems to show 12 turkeys walking in a perfect circle around the cat's body.
J tweeted the video, which received 38,000 retweets in less than 24 hours, along with his theory on the event, "these turkeys trying to give this cat its 10th life."
Conservationist Jamie Wyver from the Royal Society for the Protection of Birds (RSPB) told IFLScience that the ritual probably started as a result of fairly typical behaviour, "the birds are keeping a close eye on a potential predator, I've seen wildfowl do this with dogs. As the dog walks along the edge of a pond, the birds swim alongside to watch where it is going. It's a sensible strategy as it means the predator no longer has the element of surprise at its disposal. In this particular case I'm not sure what has happened, but hopefully at some point the turkeys will realise the cat is no longer a threat."

These turkeys trying to give this cat its 10th life pic.twitter.com/VBM7t4MZYr