Why Do I See A Black Figure At The End Of My Bed? 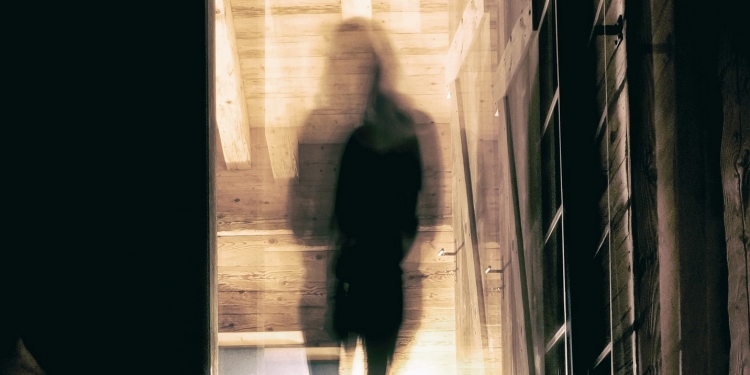 Photo: pixabay.com
While at a barbecue a few weeks ago, three of the other guests said that they had woken up in the middle of the night to find a dark, shadowy figure stood watching them from the end of their bed. They were all quite surprised that the other guests had experienced exactly the same thing as them, but this type of nocturnal vision isn't uncommon at all.
Many people from all different cultures have reported being visited by demons for generations. They awaken in the night to find they are frozen in their beds, the demon approaches them and applies pressure to their chest, making it hard to breathe. The experience has many different names, including "witch riding" and "night pressure."
This experience is known as a shadow person, a dark silhouette of a humanoid figure that flickers in and out of peripheral vision and is usually seen out of the corner of the eye. Many of the reports involve the figure attempting to jump on the victim's chest, making breathing difficult or even choke them.
Although often considered by believers to be a result of the paranormal, the experience is a psychological oddity associated with sleep paralysis. This is when our bodies suddenly snap out of deep sleep. While you sleep and dream, your brain puts your body into lockdown, you are paralysed to prevent you from acting out your dreams. When this physiological mechanism fails people sleep walk, but occasionally people wake up due to a nightmare or a loud sound and their body is still paralysed.
Being frozen in bed is pretty terrifying, especially as other symptoms of sleep paralysis include hearing loud noises and hallucinations. To make things worse, sufferers feel totally awake throughout the entire episode.
It's said that around 20% of people will experience sleep paralysis at some point in their lives, and some sufferers perceive a shadowy figure on or around the bed or indistinct shapes approaching them when they lay awake paralysed and become increasingly alarmed.
They also often report a sensation that feels like someone or something is applying pressure to their chest or even holding them down, which could account for the reports of the shadow people jumping on to witnesses' chests. In some cultures it is believed that sleep paralysis is a demon who sits on a person's chest if they have been neglecting prayer or other duties.
Although sleep paralysis can explain some sighting of shadowy figures and apparitions, stories of shadow people are woven into the culture of many religions.
Some cultures call this demon a Jinn. In Turkey sufferers of sleep paralysis call it "karabasan", Thai folklore tells of the ghost of the "Phi Am". In Hungary it is known as "boszorkany-nyomas" or "witches' pressure" and in Indonesian sleep paralysis is known as "digeunton", which translates as "pressed on."
Given how unsettling sleep paralysis can be, it's no surprise that those who are prone to attributing unexplainable experiences to the paranormal conclude that these visions are supernatural in nature, and because people generally fear darkness and attribute negative connotations to it, shadow figures are usually considered to be malevolent entities.
However, there are no reports of a shadow person ever causing harm to a human. In fact, most who have witnessed these apparitions claim that their only intention is to silently observe us. Most of the time they don't make physical contact with the living or make any attempt to communicate.
So, why do we actually see a dark figure while suffering from sleep paralysis? Well, it seems that as the experience is so terrifying, our bodies are in a heightened and hypersensitive state, this makes our overactive imaginations more likely to conjure up things that aren't really there.
It's known as pareidolia, the psychological phenomenon where we look for patterns in what we're seeing, our subconscious tries to bring order to chaos by showing us familiar shapes. It's the reason why we see the man in the moon, the face on Mars and Jesus on a piece of toast.
Of course sleep paralysis doesn't explain all cases of dark figures or apparitions, but where reports involve seeing these visions from bed during disturbed sleep more investigation maybe required to prove that this is a genuine paranormal incident.
Tags:
paranormal