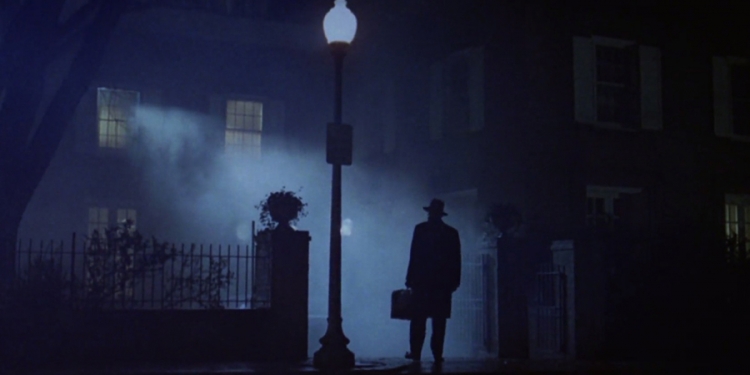 'The Exorcist' is set to get a new sequel thanks to Blumhouse. It's not the first follow-up to the classic supernatural horror film, which was originally released in 1973. To date there have been three sequels and two prequels, although none have been particularly well received.
Now it's been confirmed by Jason Blum that a new sequel is on its way and that it will be directed by David Gordon Green, who did a great job of rebooting the iconic 'Halloween' movie series in 2018.
Jason said that the new film will connect more closely to the original. He told Den of Geek that it is "going to be like David's 'Halloween' sequel, I think it's going to pleasantly surprise all the skeptics out there. We had a lot of skeptics about 'Halloween' and David turned them around, and I think he's going to turn it around with 'The Exorcist'."
He admitted that he loves to make these kind of movies. He explained, "people are very emotional about it. I think it's a high bar and it's a challenge to do the movie," but says that he expects that 95% of people that come to see the new movie won't have seen the original.
He added, "I want to make a movie for people that know and love the first 'Exorcist' and are furious that we're doing this, but somehow drag themselves to the theatre. I want them to come out happy."
There clearly is a lot of passionate fans of the 1973 movie, a recent survey asked 2,000 movie lovers to pick the best horror movie of all time and found 'The Exorcist' made a head-turning finish in first place.
Complete with demonic possession, head spinning and projectile vomiting, the original movie went on to influence the paranormal world. Especially as the idea of a demonic possession isn't too far removed from reality, the Catholic church have taken possessions very seriously in the past and there have been countless real-life exorcisms.
The 1973 classic is based on the novel of the same name released by William Peter Blatty two years previously. The book is based on the true story of a 14-year-old boy, who is believed to have been called Ronald Hunkeler, but was subsequently referred to pseudonymously as 'Ronald Doe'. He reported strange things happening in his bedroom. Specifically, odd noises, scratches, and perhaps most relevant here, his mattress moving of its own accord.
These events were reported shortly after his aunt had died, an aunt who was a spiritualist and had taught him how to use a Ouija board. A series of exorcisms were performed on the boy. Allegedly, during one of the exorcisms the bed was seen to shake, the boy spoke in a strange low voice, and obtained a bedspring from the mattress with which he attacked the priest.
Television psychic medium, Chris Fleming, is a huge fan of the original. He told us, "this classic scared the hell out of me as a kid."
The star of 'Help! My House Is Haunted' recalls being terrified the first time he watched the film, "I was watching it at home alone, yes during a storm (not very bright), when the power went out and I began hearing noises coming from up stairs. I crawled into a corner and waited until my mom got home with my sister. Being our house was haunted at the time, watching this movie and power going out to complete darkness for over an hour didn't help."
Directed by William Friedkin, 'The Exorcist' was the first horror movie nominated for an Academy Award for Best Picture. It was nominated for ten Academy Awards, winning two, Best Adapted Screenplay and Best Sound Mixing.
Paranormal investigator, Barri Ghai, who appears alongside Chris in 'Help! My House Is Haunted' said "it was a landmark film that sent shockwaves across the modern world. It brought demons and religion into the spotlight, while scaring everyone silly."
The details of the new movie are currently being kept under wraps, including the plot and cast, but you can read the rest of producer Jason Blum's interview over at Den of Geek.
Tags:
horrormoviesparanormaltopicalexorcist