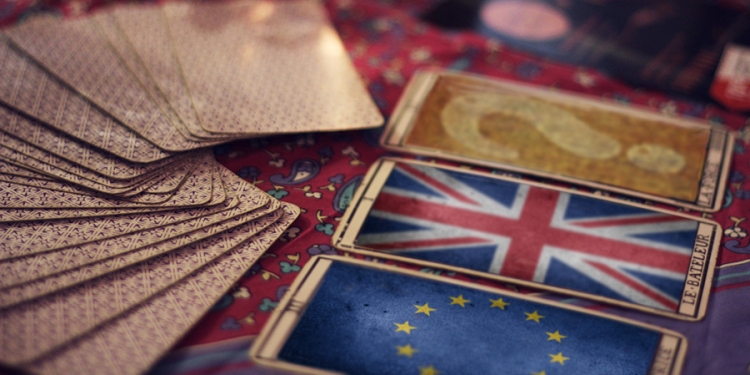 Photo: pixabay.com
Since Britain voted to leave the European Union in the 2016 referendum, there's been a lot of uncertainty about the country's future and what our exit from the EU might actually look like. It's an especially worrying time for British businesses who rely on trade and European workers.
Since Article 50 was triggered and the country has edged closer and closer to Brexit, most businesses across the country have begun to worry about their economic future, with many large companies even looking at shutting down operations in the UK and moving their workforce to Europe.
Nobody really has a clue or vision as to what the UK's decision to leave the European Union really means and this uncertainty has lead to a rise in those seeking advice from fortune tellers, from business owners, to bankers and those within financial organisations.
Mike Sosteric, a sociologist at the University of Athabasca in Canada, says that "a time of crisis drives people to seek big answers for big questions. Through tarot, people can mimic a sense of control."
Since fears have escalated that the UK could leave Europe with no deal, many psychics have noticed that more people have been coming to them for tarot card readings, claiming that it gives peace of mind in times of worry.
And with newspapers talking about civil unrest, food shortages and decades of financial instability as the result of Brexit, people in business do have plenty to worry about at the moment. It seems this worry is opening people up to the idea of finding guidance on a spiritual level, far more than previously.
One medium who has reported an increase in customers seeking business advice is celebrity psychic, Jayne Wallace, who works out of the iconic Selfridges store on London's Oxford Street. Jayne has previously given readings to the likes of Kim Kardashian, having appeared in TV show 'Keeping Up With The Kardashians'.
Jayne told the BBC, "there is much less stigma about tarot compared to 10 or 20 years ago, people are much more open-minded about it. My client base is now way more diverse." She says she is always busy, "but it's been particularly hectic since mid-last year."
Just like your own birth chart is said to be able to tell you about potential life experiences and personality traits, the position of the planets during a world event is believed to bring us understanding during confusing times. Clairvoyants also say they can use tarot cards to get a feel for the outcome of topical events.
One psychic medium, Karen Bashford, drew cards in order to answer some of her clients' worries about Brexit said the cards have told her, "it is going to be a tough time, as fear is pervading so much of this country at the moment. What is going to happen? How is it going to affect me? A majority of the general public are just fed up hearing about it. For the UK, the country will end up walking away on its own without a deal. Brexit will definitely happen, there is no going back. The current negotiations are all give, give, give and getting nothing back."
She also warns that Brits will be worse off in the near future, she said "from the Tarot cards I have chosen, we have well and truly opened a Pandora's box. The Lovers card shows there is disharmony, imbalances and arguments, which is not good news for Britons. The UK is also definitely leaving Europe, and there is going to be a great feeling of a lack of control."
If you're unsure about your financial future post-Brexit, then you can take our free online tarot card reading to find out what the cards hold in store for you, click to begin your free psychic reading.
Add A Comment
Tags:
psychicsbrexittopicalparanormal

Don't take some unexpected criticism to heart. You may have difficulties relating to your coworkers, employer, or the people in your social circle right now. But the challenges you face right now may prove to be beneficial in the long... Read More