What Is Call Back Phenomenon? Paranormal Term Explained 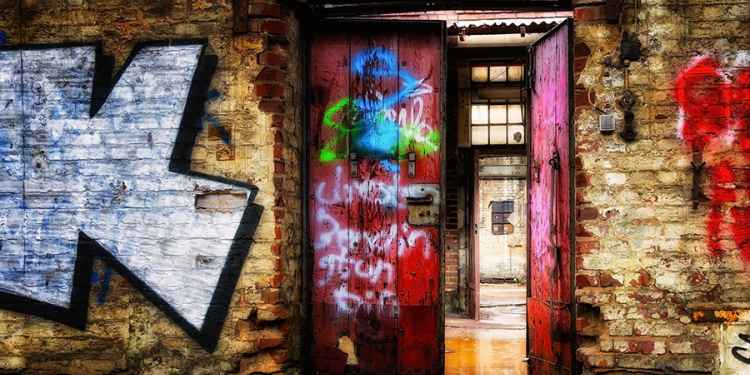 Photo: pixabay.com
Like any niche, the paranormal world is full of its own unique buzz words and over the last couple of years more and more people have started to talk about "call back phenomenon," but what exactly is this paranormal term?
Call back phenomenon is a type of paranormal activity characterised by its timing. Paranormal investigations are often slow and quiet, and investigators can spend long periods of time in a single area, only to experience no activity at all.
The phenomenon kicks in when they leave. As soon as the investigators leave the area paranormal activity will occur behind them, calling them back into the area. This can be in the form of a noise, something being thrown, a visual occurrence like a flash of light, or any other haunting activity.
Sometimes the phenomenon seems to occur even before investigators leave the area, just the mere mention of leaving can sometimes be all it takes to illicit paranormal activity at the location.
Call back phenomenon seems to be more common in poltergeist cases or in poltergeist-like hauntings when there is a lot of physical movement. The activity always happens within earshot of the parting investigators in a seeming attempt to draw them back into the room.
Parapsychologist Ciarán O'Keeffe says, "it's a typical thing that happens with poltergeist cases, it's always when you're leaving or you're turning your back or you're not paying attention." Ciarán, has a couple of theories about why this phenomenon might occur, "is it attention seeking, or is it being playful and mischievous, which plays into the definition of a poltergeist."
One of the most famous examples of this phenomenon in action was during the famous Enfield Poltergeist case that revolved around the Hodgson family between August 1977 and October 1978. Soon after the activity in their family home began, the Daily Mirror sent along reporter Douglas Bence and photographer Graham Morris while the family were next door.
The pair spent the whole night in the empty house and found nothing unusual, but just as they were about to leave, something was calling them back into the property. Douglas recalls the moment when next door neighbour Vic Nottingham called him back into the house, "Graham was putting his gear in the back of the car, I was just about to climb in and Vic ran out of the house. We went back in and that's when the first incident took place."
The second they walked back into the house, Lego and marbles started to be thrown around, both men witnessed the flying objects and Graham was even hit in the head by a Lego brick which shot across the room at him.
A similar example took place a decade earlier in Pontefract at 30 East Drive. The Pritchard family were also being tormented by a poltergeist and had got in touch with a local vicar, Reverend Davy, to discuss the possibility of an exorcism. Mr. Davy spent an hour and a half in the house with the family and nothing out of the ordinary happened at all.
Colin Wilson wrote about the encounter in his 1981 book 'Poltergeist!'. He writes, "Mr. Davy finally looked at his watch and said he ought to be getting home. Jean Pritchard said: 'I'm sorry we've dragged you all this way for nothing'. And as she spoke, the house resounded to loud thumps that came from overhead. And a small brass candlestick jumped off the mantlepiece on to the floor."
This was enough to convince Reverend Davy that there was "something evil" in the house.
More recently an investigation team who were staying at 30 East Drive experienced this phenomenon for themselves. They had been conducting an eight-hour-long investigation of the house and had little activity. The moment they decided to call it a night and bunked down for the night, something happened.
The team were spread out across the house's three bedrooms and just five minutes after climbing into bed, they all heard the sound of something being thrown out on the landing, as if something was trying to tempt them back out of bed.
After the incident the team changed their approach to investigating the house and instead of directly calling out to any spirits present and asking them to show them some activity, they decided to ignore the entity all together in the hopes that eventually it would do something to get their attention.
This is a valid method of investigation, especially in a poltergeist case. Ciarán thinks that sitting in a dark room calling out waiting for things to occur is very unnatural because you don't normally do that and the psychology of waiting for something to happen is very powerful. Speaking about 30 East Drive, he said, "the majority of the stories that have given the house this reputation are not people investigating it. It's people living and going about their daily activities."
Ciarán said that the evidence for how effective turning your back on a haunting can be comes from the experiences that he's had with the East Drive team "have already had when you've just said 'oh, let's go to bed now' and then something has happened."
Although the mechanism of call back is a well known phenomenon amongst paranormal investigators, the term "call back phenomenon" is relatively new and was coined by Yvette Fielding, the host of the long-running ghost hunting show, 'Most Haunted'. During the team's episode shoots they experience these call backs from the spirits so frequently that they began to refer to them as call back phenomenon.
Tags:
paranormalghost huntingghosts