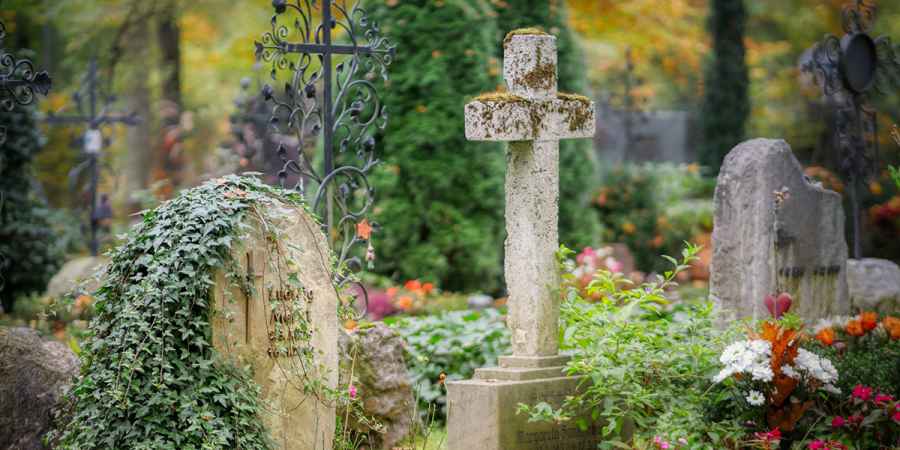 Photo: pixabay.com
There's something about cemeteries, most of us would struggle to ignore the inherent eerie feelings they stir up while strolling between the rows of moss-covered historic graves.
However, ask a member of the online paranormal community if graveyards are haunted and you'll often be given the definitive answer "no".
The reason many paranormal buffs think that graveyards are unlikely to be haunted is because those who have been laid to rest there didn't actually die there, so why should they haunt their own grave?
This logic might at first seem sound, after all why should the spirit of someone return to haunt a grave they had no connection with in life? However, think a little harder and there are valid reasons why a ghost might haunt its own grave.
It could be that someone wasn't happy with where they were buried and haunt the site of their grave in an attempt to communicate their dissatisfaction. They may even have unfinished business relating to the grave itself like a misspelling of their name on the headstone.
Consider the possibility that someone was murdered in a remote location. Perhaps the spirit wants to impart the identity of their murderer, but since few people would go near the remote site of their death, it might make more sense that they try to communicate with the living at the site of their final resting place in the busy and frequently visited graveyard they now lie in.
Folklore and reported sightings of ghosts tell us that ghosts don't just haunt the place where they die. Many spooks roam that places that were special to them, places where they worked, lived or witnessed emotional events.
So, it could be that a former groundskeeper might haunt a cemetery whether they are buried there or not. It's possible that a former reverend or member of the congregation might haunt a churchyard. You might even find the ghost of a local dog walker who loved a stroll through his local graveyard.
Admittedly, some of these examples might be unlikely, but with hundreds of years of history and hundreds of people buried in each graveyard, it's not impossible that they could be haunted... and that's to point. Going back to the original question of whether a graveyard can be haunted or not, the answer isn't a definite no, it is possible.
There's no reason to assume that graveyards are hugely haunted places, but if you believe in the idea of ghosts and that a place can be haunted, then it would be ignorant and misguided to outright say that no graveyards are haunted at all.
It may be that graveyards have no greater likelihood of being haunted than somewhere like a workplace. After there are all manner of building Types that are said to be haunted, everything from cinemas to branches of KFC. Not to mention similar outdoor spacers like parks and battlefields.
Cemeteries also pose the possibility of another type of paranormal encounter through a proposed phenomenon called psychometry. This is an ability that is said to allow the gifted to uncover facts about a person by touching or coming into close contact with objects associated with them, and you won't find an object much more intimate than someone's skeleton.
Another phenomenon that is also frequently talked about and researched by paranormal investigators is the idea of cursed objects. This is where a spirit can attach itself to an object. So why not its skeleton or the clothes it was wearing when it was buried?
There's also another possibility. Who says definitively that hauntings are a result of the spirit of the dead? No matter what your belief is, the nature of hauntings isn't proven and is still debated. There is as much evidence to support the theory that hauntings are caused by unexplained energies relating to the land or a building as there is to confirm we're being haunted by spirits of the dead. Perhaps this is due to properties of the land, ley lines. or atmospheric conditions. Whatever the cause of these energies, there's no reason to assume they can'y manifest and cause hauntings at a graveyard.
So, in summary, if you consider yourself to be an open minded investigator, then don't be so quick to dismiss the possibility that a graveyard is haunted, especially when there is precedent for this in the form of famous ghost sightings and widely accepted paranormal phenomenon.
Tags:
paranormalghosts