Can Ghosts Interact With Cat Balls? 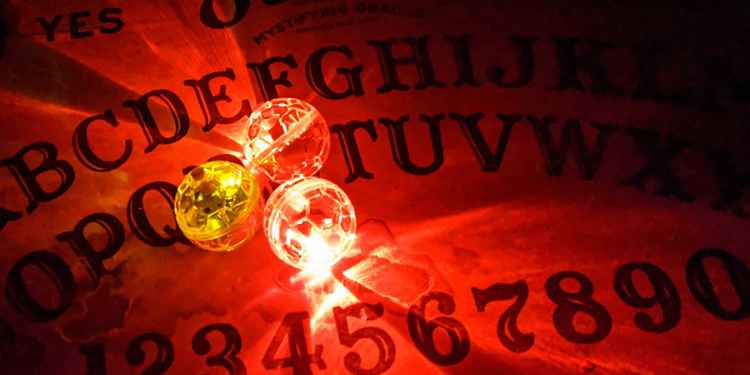 How reliable are the light-up pet toys that ghost hunters use during paranormal investigations? Do the plastic balls really light up when a spirit is near?
When it comes to ghost hunting gadgets, there's a lot of tools available that are based on unproven science and false claims, which is why a cat toy can make a surprisingly good paranormal investigation tool.
These little plastic pet balls are cheap and designed to entertain cats and dogs, by lighting up and flashing when they are moved. You simply place them on the floor and as your pet interacts with them the ball will light up and flash and attract their attention.
This makes them perfect in the paranormal world as in haunted locations objects are often said to be moved or thrown, especially in poltergeist cases.
This is why during ghost hunts, paranormal teams scatter these toys around the room, as you would other trigger objects, and then encourage any spirits that might be present to interact with them. This is done by calling out to the spirits and encouraging them to touch, roll, move or even throw the ball.
The good thing about this is that if the ball is kicked or rolled along the floor, or thrown across the room, you will see it light up in the dark as it moves.
Although they are a useful tool, investigators should be cautious and sensible when using a pet toy during an investigation. The problem with using cat balls on ghost hunts is that they're not designed for this purpose.
If the ball is flashing but it clearly hasn't moved, then this is most likely false positive. It's simply the ball triggering when it shouldn't. The way these balls react to movement is inconsistent and temperamental, which is why you should only use the flashing function to draw your attention to the ball moving. If there's no visible movement, then it's a false alarm.
I've seen evidence presented by some paranormal teams that shows a cat ball covered by a transparent bowl, with another ball placed on top of the bowl. The idea is that if the ball inside the bowl lights up then it can't have been touched, knocked or blown. Plus, if the ball inside the bowl lights up but the one on top doesn't, then it means it's not vibration setting it off as both should have gone off.
It's a good theory and if cat balls were a reliable tool, that would be acceptable evidence. However, it only takes a couple of minutes experimenting and testing the sensitivity of these toys before you find their drawbacks.
I set up the experiment as others have, but in a non-haunted location. I then started to gently tap the table, getting harder and harder, until one of the balls lit up. The ball that lit first was actually the one inside the bowl. The one on top of the bowl didn't light up at all. 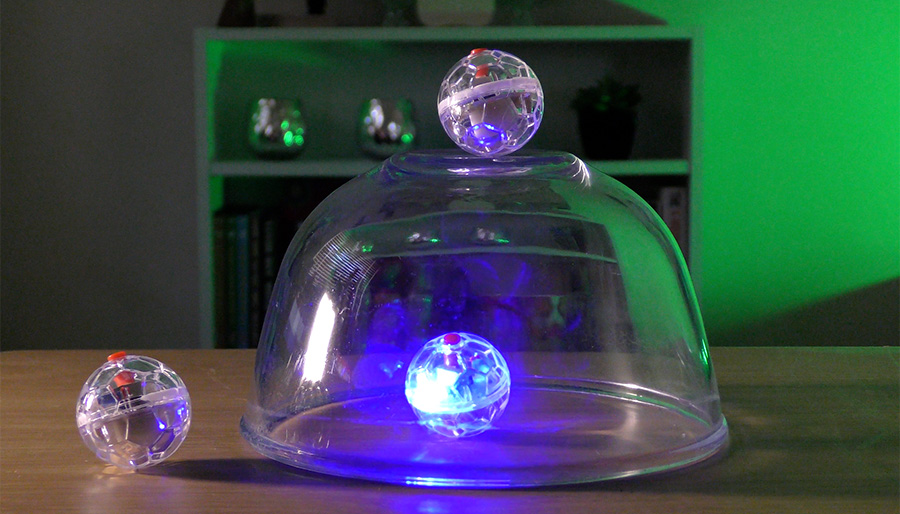 But the longer you tap on the surface of the table, the more problems you'll find. By changing where and how hard you tap, you'll see how unpredictable the balls can be. At times all will light up, other times, just one, or a random combination. This is because this toy isn't designed to be a sensitive measuring tool, it's just a toy that lights up if it gets knocked around. 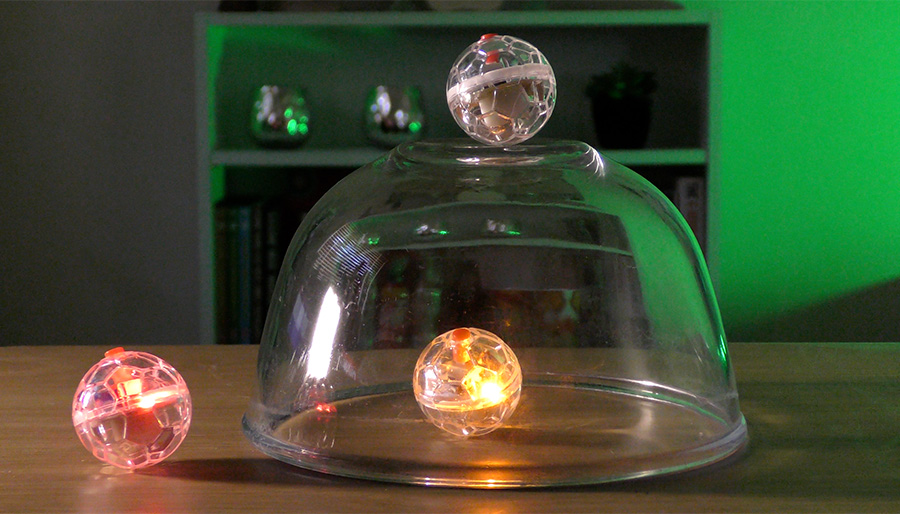 In fact, you can see that these balls lack the sensitivity required to make them useful for yourself. You'll find that you are able to knock on the table, or even pick up and slowly rotate a ball quite significantly without them triggering at all.
Imagine you were the spirit you'd been calling out to. You'd done as the investigators had said, built up all of your energy and managed to push the ball so that its movement is noticeable like in the video below, but the ball wasn't sensitive enough to detect the movement and failed to light up.

The problem isn't that cats toys aren't sensitive enough to detect movement, or that they're over sensitive. It's that they're not designed for this purpose, which makes them very inconsistent. Their ability to detect small movements depends on their alignment as the switch inside only works along one plane of the ball - it's basically only calibrated to accurately detect movement in one direction. This is good enough for its function as a cat toy.
If the ball is triggered when there is no apparent movement, it doesn't mean that a spirit has touched it in such a gentle way that you couldn't even see it move. You can test this yourself by giving the ball the most gentle of nudges, you'll find that in most cases it's not enough to trigger it. The ball lighting up without movement is due to the alignment of the ball and the fact that its internal switch is on the verge of activation and is creating a false positive activation.
In this situation you should try lifting the ball, rotating it and placing it back down, or moving the ball to another spot in the room to rule out the fact that it might be being triggered by the vibrations caused by movement in the room.
The best way to determine whether the ball lighting up is really the result of paranormal activity or not is to encourage the spirits to physically and noticeably move the ball like it would any other trigger object. Failing this, you could try to ask questions which might help you debunk false positives.
For example you could say "touch the ball if you are male". If the ball lights up to indicate it is male, then that's a good start. However if the ball flashed again when you next say "touch the ball if you are female", then this might suggest a false positive trigger, rather than an intelligent response.
If a spirit does seem to be responding to you using the ball then you should also be able to ask it to leave the ball alone. If you ask the spirit not to touch the ball for a moment and the ball doesn't light up this might be good evidence that the ball isn't triggering of its own accord and is lighting up due to spirit interaction.
The light-up cat and dog toys can be purchased from Amazon and other online stores for a very low price, making them a great low-cost option for new investigators and an obvious addition to any paranormal investigator's arsenal of gadgets.
Tags:
paranormalghost hunting