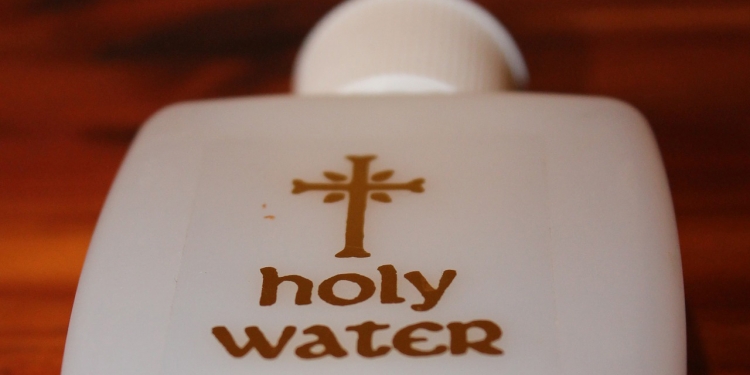 Photo: pixabay.com
Exorcisms are an ancient ritual within the Catholic church, and for centuries they've been conducted by priests in Latin. The church takes exorcism very seriously, they can only be performed by trained priests when given permission by a bishop.
Last month it was announced that the Catholic church is going to be ditching Latin and distributing their guidelines on exorcism in English, meaning that the ritual will be more accessible to priests who don't happen to have a firm grasp of the ancient Roman language.
So, why the change? Has Satan finally learnt English? Or has the church realised that their is no evidence to backup the existence of demons and therefore they've tweaked the ritual's language to suit those that exorcisms target, which in reality is humans, not demons.
Well, the change is partly for the benefit of the humans receiving the exorcism. Whether you believe in the supernatural forces of evil or not, one thing you can't deny is that some people are firm believers, and sometimes the only way to help someone through a dark time is by giving them faith and performing an exorcism.
For believers, the ritual is a sort of spiritual placebo. Father Andrew Menke speaking on behalf of the church said, "hearing the prayers in English can bring comfort to the person undergoing an exorcism".
But the language barrier isn't the only reason for the change, it seems that belief in demonic possession is on the rise and the church say that the changes have been made in response to a rise in demand from people who ask for help banishing evil from their home.
There's been a steady rise in calls for help over the last ten years which has left the Catholic church short of qualified exorcists, these changes could mean that any priest could preform the ritual for their parishioners.
So, demons are becoming more commonplace? More powerful? Father Menke doesn't think so, he thinks it's down to our modern sinful lifestyles, which he thinks invites evil into our lives, "the problem isn't that the Devil has upped his game but that more people are willing to play it."
It's not just a belief in possession which is on the rise, a recent study found that belief in the occult is also growing. Nearly half of young adults living in the US now believe in astrology and the psychic services industry is booming. This includes astrology, as well as many forms of mediumship, such as tarot cards, palm reading, reiki, and crystal healing.
And it's not just the church that has spotted this trend, high street stores have jumped on the bandwagon too. In the US Urban Outfitters has started stocking occult paraphernalia such as sage "smudge sticks", which are burnt to drive negative energies from your home. As well as mobiles made from quartz crystal, a natural substance used for its supposed healing and energising powers.
Spell casting, meditation, trance, and herbalism are all also said to be on the increase. So, if you're not keen on letting an exorcist into your house to chant "the power of Christ compels you", then perhaps there's an answer to all your demonic problems routed in the occult.
Add A Comment
Tags:
paranormalreligiontopical

The 10 Most Memorable Halloween Television Specials Of All Time

You will be dealing with communications issues or travel plans. You might be thinking about moving or changing your place of residence. If so, make sure it is a choice you can live with for the long term. There may... Read More