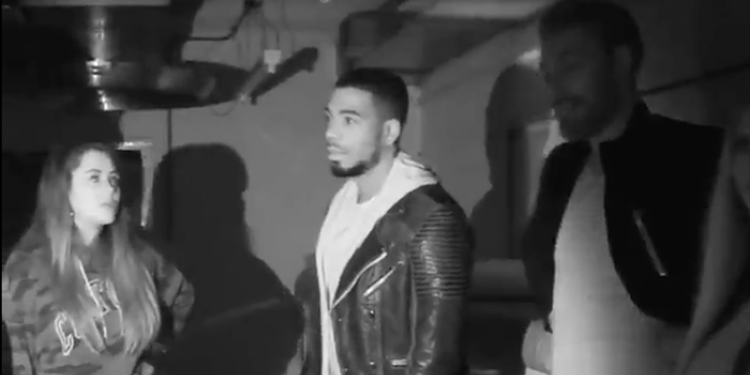 Rylan Clark-Neal takes three celebrity ghost hunters to the disused Kelvedon Hatch nuclear bunker near Brentwood for the first episode of a new celeb paranormal show.
'Celebrity Ghost Hunt' starts tomorrow night on 5STAR and sees the first batch of reality stars search for paranormal activity 120 feet underground in a formerly top secret government bunker, hidden beneath an innocent looking cottage in the Essex countryside.
In the first of six episodes, the 29-year-old presenter is joined by Geordie Shore's Marnie Simpson, Love Island and Blazin' Squad's Marcel Sommerville, and TOWIE's Bobby Norris.
The gang are joined by British ghost hunter, Ashley Buckenham, making his television debut, and psychic Alex Gibbs, who previously appeared on UKTV's 2016 show 'Celebrity Haunted Hotel'.
Bobby, who revealed ahead of the show that he's a believer in the paranormal, described the filming as a "very uneasy" experience. He said, "I am very spiritual and have always been a bit of a witchy poo."
Rylan has already assured viewers that the show will present an honest investigation into the paranormal claims of the places they visit. Locations in the series also include East London's Ragged School Museum, and Hever Castle in Kent. The host said, "it was really important to me that nothing was staged or faked."
At one point during the show's first episode, Bobby tries to contact the ghost of Margaret Thatcher, after spotting a mannequin of the former Prime Minister in the bunker's radio studio, which would have been used as part of the BBC's Wartime Broadcasting Service had the worst happened during the Cold War.
Bobby screamed, "oh my God it's Maggie! You know I was saying about Margaret Thatcher," before telling his fellow ghost hunters who he believed she actually was, "the Prime Minister, the old one. I mean she died. She was our Prime Minister the first ever one."

Things you never thought you'd never see on TV no.872: Towie's @BobbyCNorris​ trying to communicate with the ghost of Margaret Thatcher. 😂 pic.twitter.com/HJZTPgpEBD

This isn't the first time Rylan has been involved in a televised ghost hunt. In 2015 he was the host of 'Most Haunted Live!' as Yvette Fielding and her team of ghost hunters spent a night at 30 East Drive in Pontefract, a house which is claimed to house one of the most active poltergeists in the UK.
He also presented a one-off 'Celebrity Ghost Hunt Live' for 5STAR last year. The 90 minute show saw celebs Stephen Bear, Charlotte Crosby, Charlotte Dawson, Chris Hughes, and Ampika Pickston attempt to make contact with the spirits of Harwich Redoubt Fort in Essex.
Rylan was joined by 'Most Haunted's' former parapsychologist, Dr. Ciarán O'Keeffe, as well Paul Hobday, Chris Howley, and Ian Lawman, who have more recently been seen on REALLY's 'Ghost Chasers' alongside Kay Nambiar.
Now moving away from the live format, 'Celebrity Ghost Hunt' will visit some of the most haunted buildings in the UK over six weeks, starting on February 6th. Other celebrities to look out for include Katie Price, 'Made In Chelsea's' Sam Thompson, TOWIE star James "Arg" Argent, and 'Love Island's' Georgia Harrison. As well as the return of Charlotte Dawson. 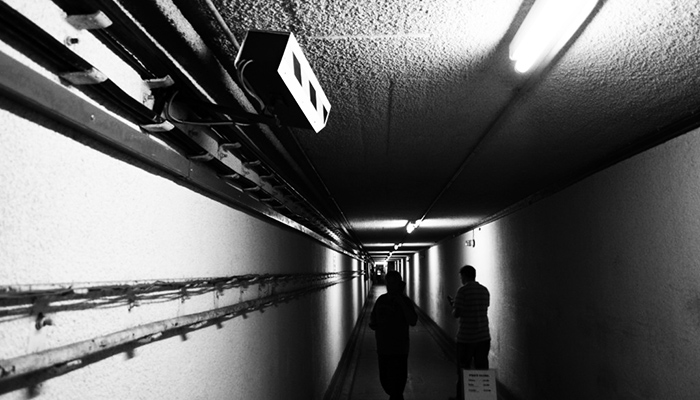 The nuclear bunker is spread over three floors and is accessible through a 100 meter long access tunnel from an ordinary looking cottage, on closer inspection it's clear the cottage is far from normal, built with thick concrete walls and windows protected by steel shutter.
Visitors to the bunker, which is now a museum, have reported experiencing poltergeist activity, hearing growls and footsteps coming from empty rooms, and even witnessed full apparitions.
During the bunkers construction under order of the Air Ministry in the 1950s, crews are said to have disturbed an ancient burial ground. A foreman also died during the works. His hard hat was found floating in wet concrete, it's thought he was buried alive in the bunker's three meter thick walls. There's also said to be the ghost of a construction worker who committed suicide in the main stairwell.
Rylan and his celebrity ghost hunters aren't the first television shows to investigate the nuclear hideout, it has also played host to the 'Most Haunted' and 'Great British Ghosts'.
'Celebrity Ghost Hunt' starts Tuesday 6th February at 10pm on 5STAR. Watch on Freeview (30), Sky (176), Virgin Media (151), TalkTalk (30) and Freesat (131).
Tags:
paranormaltelevisiontopicalundergroundessexurbex