Brendan Sheerin takes celebrity pairings on a journey around some of the UK's spookiest locations, with the most popular couple crowned the winner after five days. 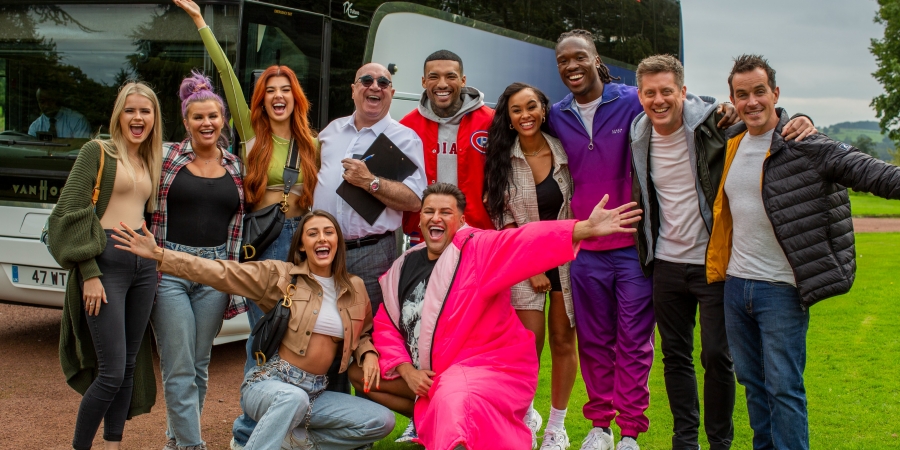 Everyone’s favourite tour guide Brendan Sheerin is back, but this time he's leaving behind the sunny sites of Europe and taking the coach on its most ghoulish adventure yet – on a 'Celeb Ghost Trip'.
Tour guide, Brendan, will be joined by celebrity pairings who will travel around the UK to some of the spookiest locations imaginable. Instead of topping up their tans, the celebs will be wrapping up warm as they experience some truly scary activities from ghost hunting through to spine tingling overnight stays as well as the odd creepy forfeit.
The five-part series begins on E4 on Sunday, October 24 and will air over five consecutive nights on the run up to Halloween. The first day will see the celebs head to Alnwick in Northumberland, where a visit to a psychic artist will bring laughter, tears and the spirit of Michael Jackson.
Despite the scares, in true 'Coach Trip' tradition, one thing remains the same – Brendan is armed with his yellow and red cards. Each night, the celebrities will vote for who they least enjoy traveling with. Get two yellows and they're kicked off to be replaced by new famous faces.
Joining Brendan on this creepy coach trip are ten celebrities, mostly from the world of reality TV, plus Kerry Katona and comedy double act, Dick and Dom. 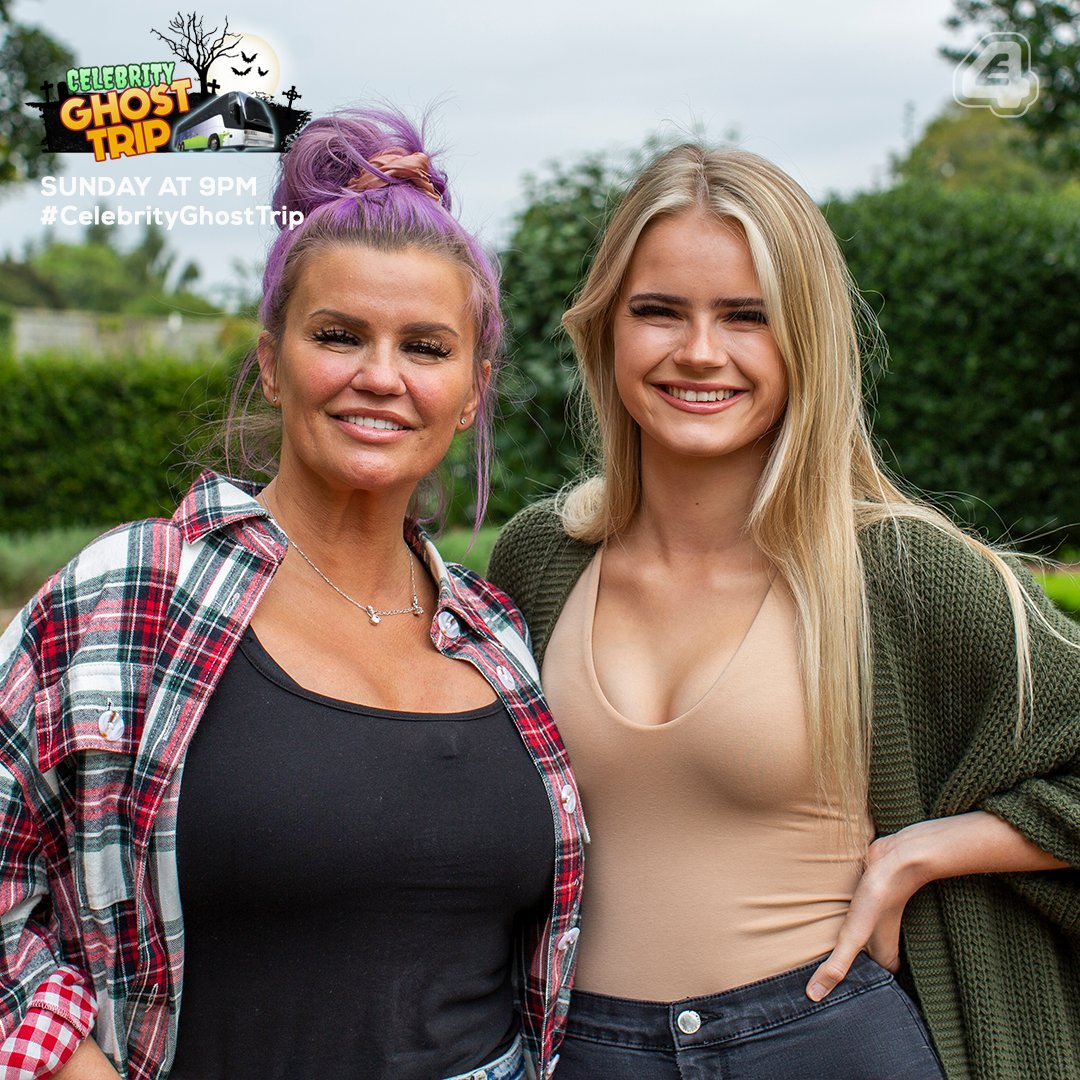 Kerry Katona and her daughter, Lilly McFadden, will board the famous bus. Kerry is no stranger to spooky locations having recently embarked on a paranormal investigation with online ghost hunters, Lee and Linzi Steer of Ghosts Of Britain, who also appear as ghost-hunting guides in the series. 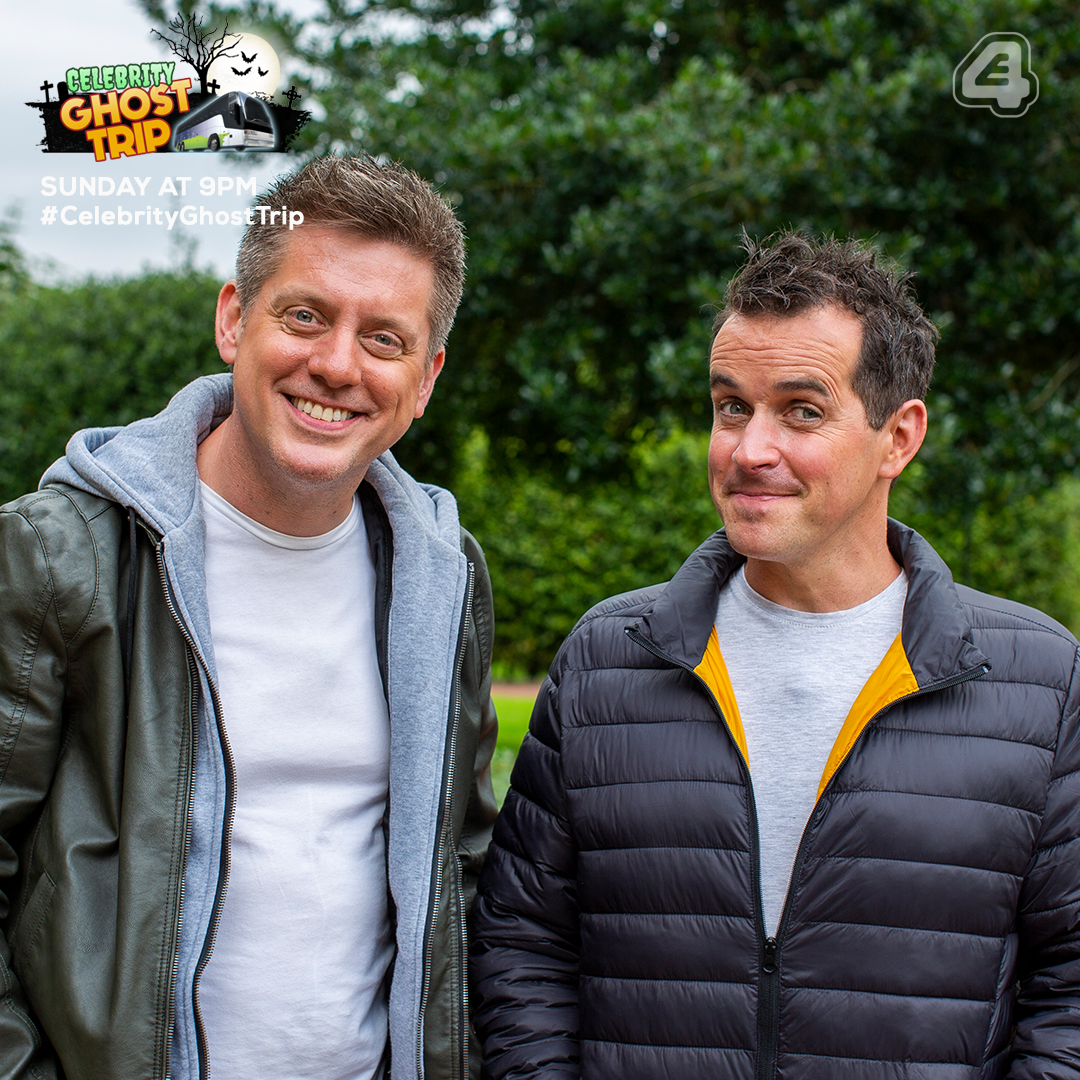 Presenters and stars of kids' TV leave the safety of their bungalow and head to haunted houses across the UK. 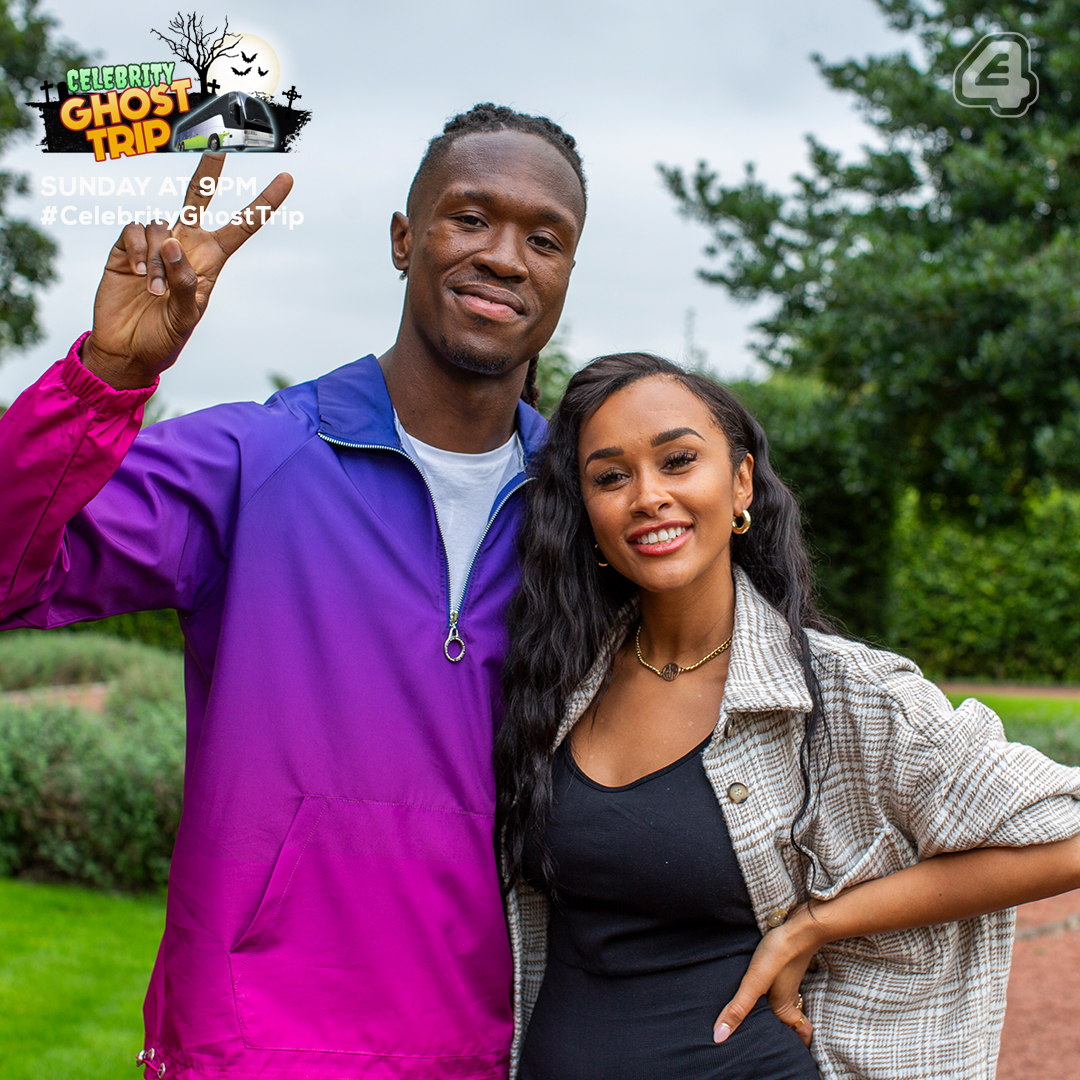 Sian Gabbidon was Alan Sugar's winner in 2018 series of 'The Apprentice', she's paired up with rapper Graft for this spooky road trip. 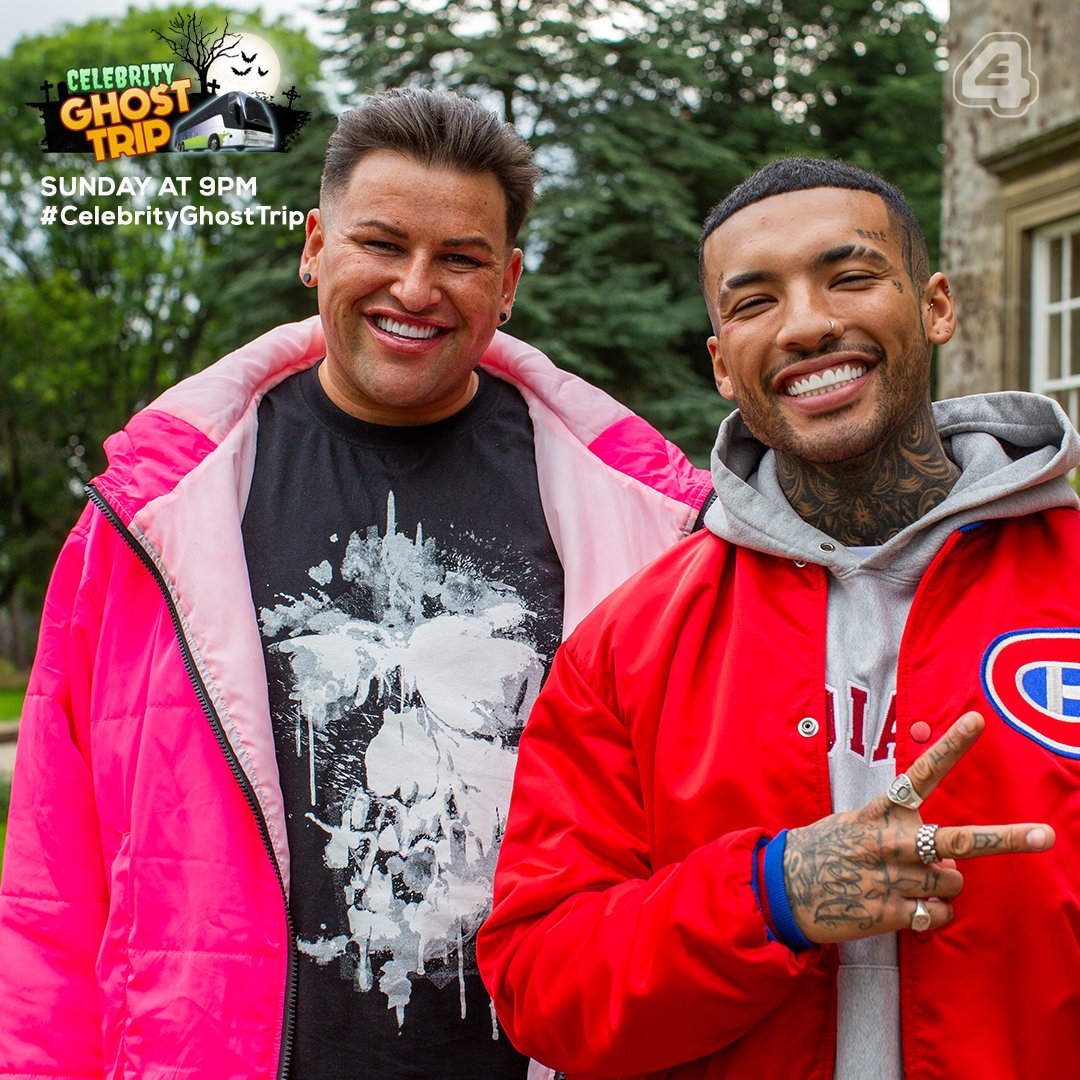 Another pair of reality stars climbing aboard the coach are David Potts and Callum Izzard who first appeared in ITV2's 'Ibiza Weekender'. 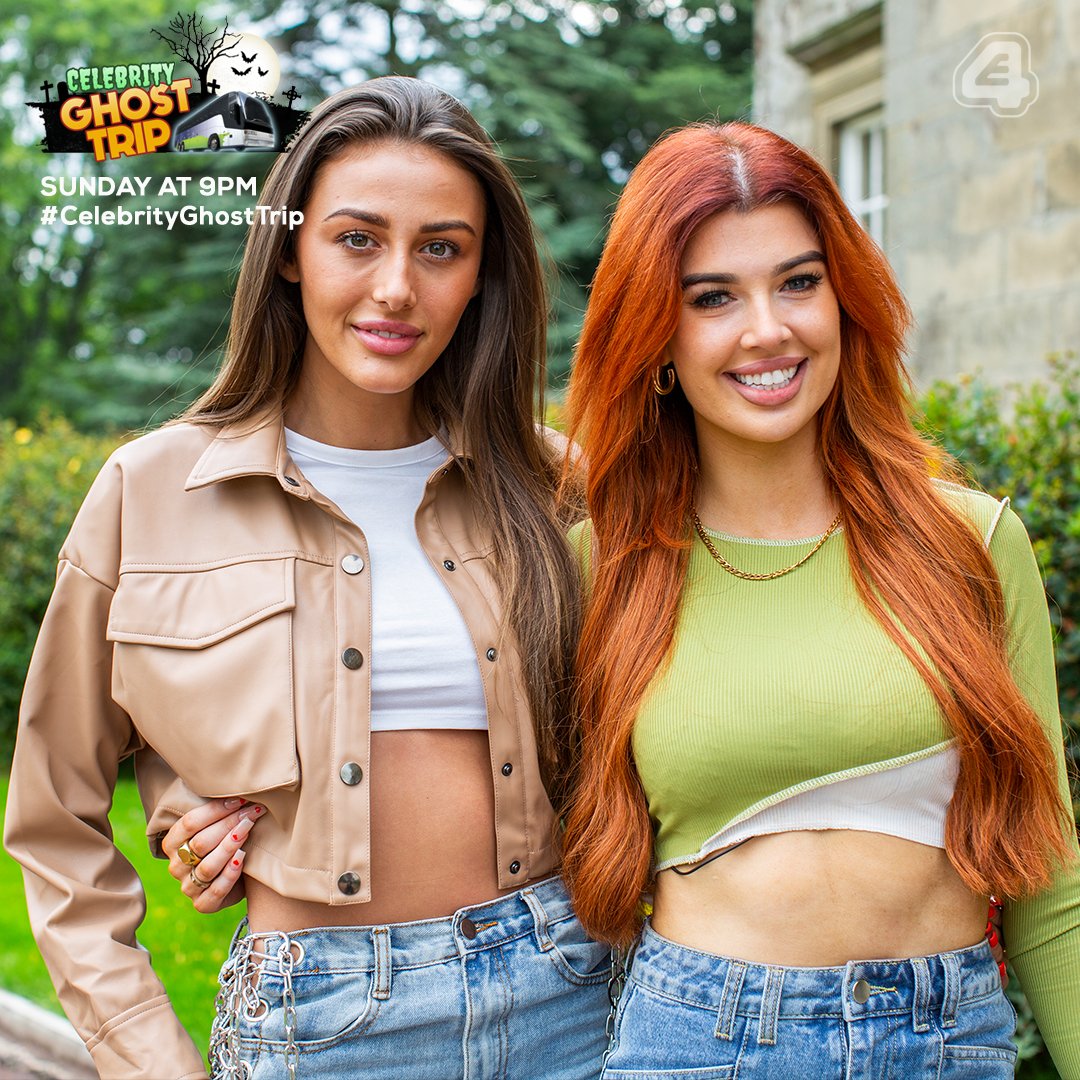 The final couple are another pair of reality stars, Chloe Veitch and Nicole O'Brien from the reality show 'Too Hot to Handle'.

The celebs are guaranteed plenty of scares as they travel the country. After Alnwick they'll stay in the north east for day two, where a potion-making class gives the ghost-hunters the opportunity to cast a spell on their fellow tourists.
Tuesday's episode will see the coach roll into York as the group strut their stuff in a Monster Mash dance class, before heading to a haunted house in Barnsley for a supernatural experience.
The penultimate outing will see the celebs held up in Sheffield as an apocalyptic adventure unfolds in a forest full of zombies, and in the series finale on Thursday, October 28, the celebs will put on a Halloween-themed stage show, and as they head to Liverpool.
Speaking about the new show, Brendan said. "I am over the moon that 'Coach Trip' is back and I cannot wait to dust off my clipboard once again! It’s a whole new take on the format of the show and I am really looking forward to exploring the UK and seeing a few celebrities step outside of their comfort zone. Do you believe in the supernatural….?"
Jonathan Rothery, Commissioning Editor said, "I'm really happy that we are able to expand the 'Coach Trip' brand with this whole new premise for the show. The celebs will truly be in for the thrill of their life and maybe we’ll even get a scream or two out of Brendan."
'Celebrity Ghost Trip' airs on E4 over five nights on the week of Halloween, starting from Sunday, October 24.
Tags:
televisiontopicalhalloweenhalloween 2021