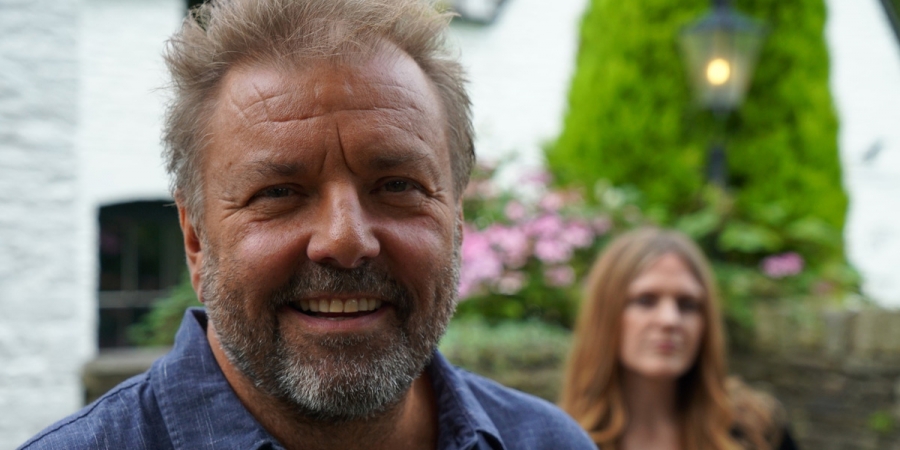 Barri Ghai, Jayne Harris and Ian Lawman head to the Rhondda Valley to visit the haunted home of property expert, Martin Roberts, in the series finale of 'Celebrity Help! My House Is Haunted'. The team are called to his 400-year-old Welsh farmhouse, which they soon discover is full of secrets and scary spirits.
Martin is the host of 'Homes Under The Hammer' and presents the Talk Radio show 'Home Rule with Martin Roberts'. He says his 17th century farmhouse is guarded by a spirit who holds a shotgun. He recently admitted that he even left presents out for the resident spooks at Christmas.
The house is the oldest the Martin has ever owned, having been built in 1650. In the episode, Martin said "this house has lived through so much history." He says that his team of builders who have been renovating the house have been plagued by strange activity.
The property show host said, "I would say that the house definitely has energy, I'm pretty convinced that there is a spirit here," but he added, "I'm not about kicking out a spirit that's living here in peace."
As the show's psychic medium and ordained exorcist, Ian is always kept in the dark about the location in advance, but as the team approached the house Barri said "we're not far from the location, Ian. I guess, are you able to pick up anything now?" As it happens, Ian could. He said, "I feel there's something about it that's not quite complete," and added "I feel something sinister as well." 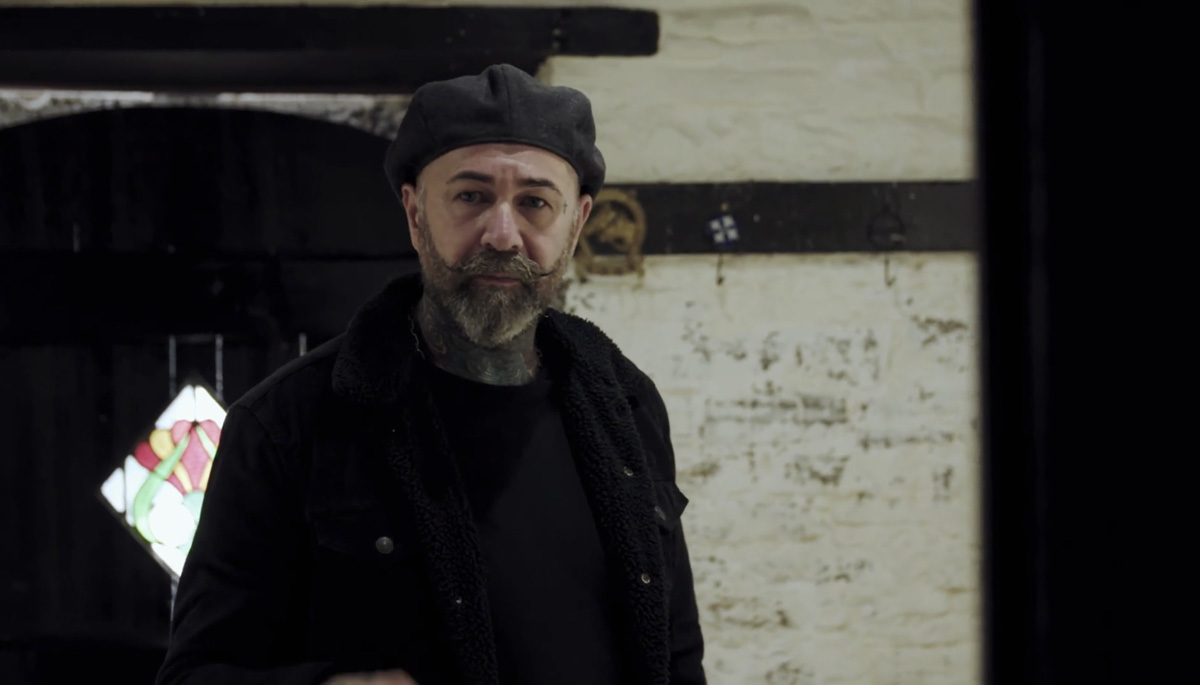 As Barri and Jayne headed off on their own fact-finding missions, Ian entered the house alone in order to conduct his psychic sweep. As Ian predicted, the house is incomplete since it's undergoing renovation.
Upon entering the house he became aware of a female energy, which he said pre-dates the house. Elsewhere on the ground floor he became aware of the spirit of a little boy, who he later said was coughing up blood and perhaps died of an illness, perhaps tuberculosis.
Ian was aware of a lady in a flowing dress, which he said people might describe as a "grey lady". He also encountered a sleeping ghost. He said, "I don't think I'll wake him up now." Ian sums up by saying that the house is very haunted, having been disturbed by the renovation works. 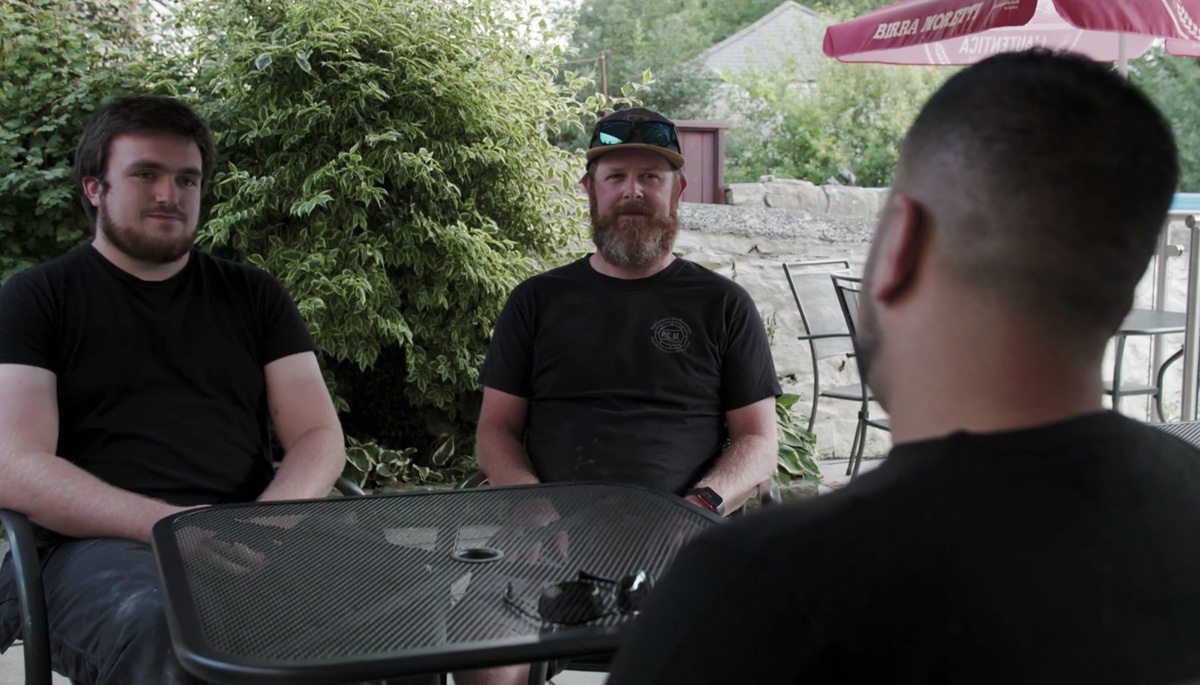 Barri went to meet Martin's builders, Harry and Mark, who've been living in the house for the last few months while renovating it. They said they'd experienced the lights switching themselves on and off and loud noises from empty parts of the house. One of the builders said the activity scared him to his core.
Meanwhile, Jayne met up with Tracey Turner, a paranormal investigator and historian. Tracey told Jayne that the house is the oldest in Rhondda Valley and that for many generations it belonged to the Edwards family, who she described as being unlucky. Tracey said, "one particular man from the Edwards family decided to go for a walk out on to the mountains and he actually died of exposure." Tracey then tells us about another family member, Maria, who died in a fire at a nearby farm.
Backing up what Ian picked up on, Tracey said that the whole area is haunted by the spirit of a grey lady, including at Martin's farmhouse. 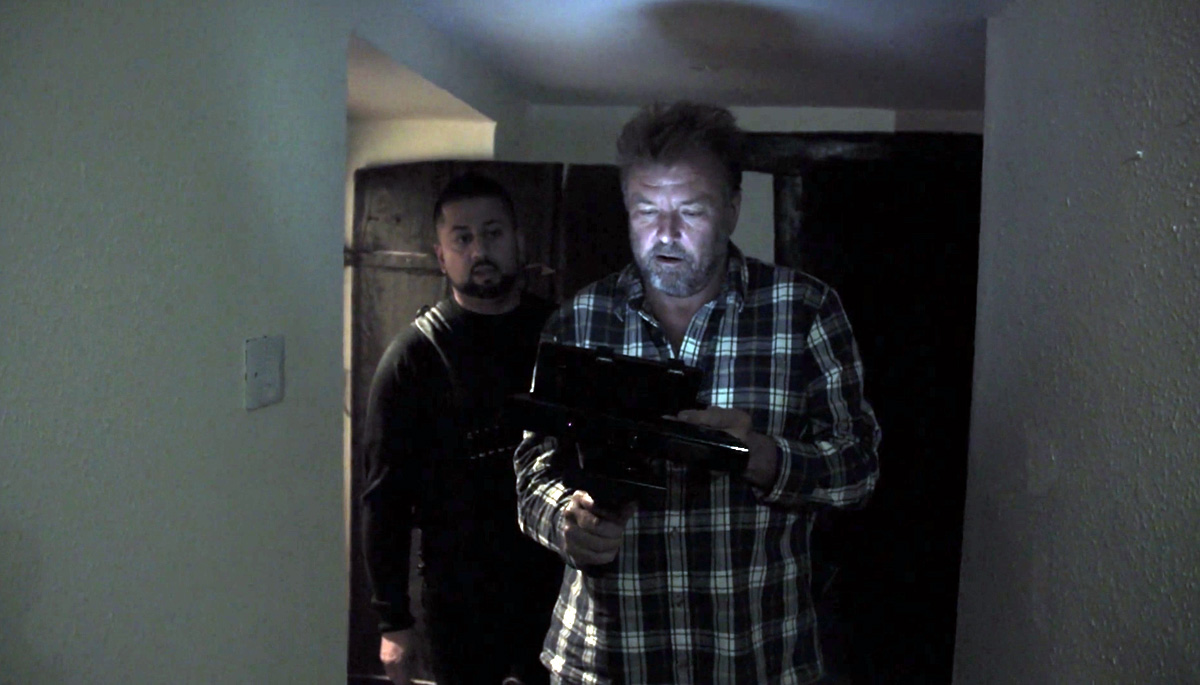 After completing their initial investigation, the team re-group at the house to talk through what they've found out and put a plan together.
The team start by inviting Martin to join them for a "spirit trigger" session, where they hope that his presence will stir up the ghostly activity. They began together on the ground floor, in a room that looks like it'll eventually be the living room.
They were using an audio recorder in an attempt to capture EVPs. Electronic Voice Phenomena are spirit communications captured in electronic audio recordings. Playing back their first attempt they heard a humming sound that the team thought sounded like the name "Martin".
Later, upstairs the team were freaked out when Ian's phone started speaking in Google's familiar voice from his pocket. Ian said, "my phone has just given me map directions, despite being switched to aeroplane mode, so it shouldn't have been working." The phone has said, "in 150 meters turn left on to Rhigos Road, A4061."
A sudden voice is sure to be scary in an otherwise quiet and dark room, and it may be that what was said has some significance to the case, but it should be noted that Ian's initial assessment of it was wrong. Google Maps can look ahead and buffer directions allowing it to work without any signal. Since the phone doesn't need to transmit anything to get your location, GPS does still work in flight mode.
It would be pretty poor it you were driving across a moor or mountain range that is a mobile black spot and your phone stopped giving you directions. This just doesn't happen. A drop in connectivity while driving should never affect the directions that the sat nav gives you.
After this scare, the team hand Martin an SLS camera, a special type of camera that uses 3D mapping technology to detect human shapes and highlights them on its screen in the form of a stick figure. A figure did start intermittently flashing up on the screen, one which looked small and possibly child-sized, possibly confirming what Ian had said in his walk around. 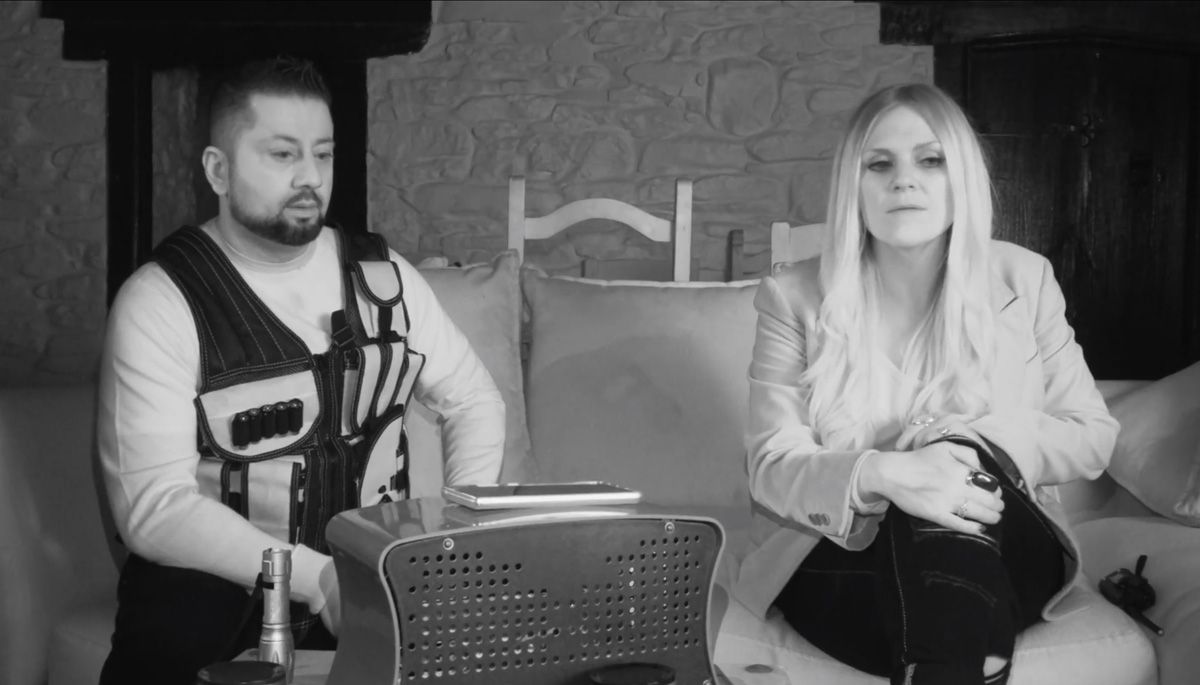 Martin left for the night, leaving the team locked down inside the house to begin their investigation. Jayne explained, "as we believe that the spirit or spirits are capable of interacting with mobile phones, I've got an idea."
Jayne's idea was a pretty good one, which involved placing a phone in an upstairs room with an active call to the team who are downstairs with another phone. Both phones are on loud speaker, which means they'll be able to call out to the spirits through the phone and listen for responses down the line.
Unfortunately the experiment didn't last long, but only because the team started getting other activity in the form of Barri seeing what he described as "something very dark" at the top of the stairs. Moments later, Barri said something touched his foot.
After this, the team go for a stroll as they still don't seem to be able to get over Ian's phone giving him directions. Perhaps what the phone spewed out was significant to their investigation, they hoped to find out by following the directions it had given towards the A4061, also known as Rhigos Road.
This suggests that Google Maps thought they were on the nearest road, a lane behind Martin's house. If you travel 150 meters along this lane you get to Rhigos Road.

However, the team didn't make it as far as Rhigos Road. They went in the wrong direction and turned left on to Margaret Street. The team felt this road related to a former resident of the house, Margaret Edwards. Was this a clever technique used by the spirit to reveal her name? Well, perhaps not that clever. If she really did cause the phone to give these directions, why not simply direct them to Margaret Street?
Back in the house, Jayne used an old fashioned instant camera to take photos of the bedroom that freaked the builders out. One of the photos came out looking particularly odd as it just showed a strange fog. Of course, there are a lot of possible reasons for this, including out of date film, a moving camera or the shot being out of focus. However, none of the other shots Jayne took were affected and the longer the team looked at the blurry image, the more they felt they could see a human figure in it.
The team's night in South Wales ended with the team attempting to bless the house and give the trapped spirits the chance to move on. The intriguing mystery of the sleeping ghost remained unanswered.
The investigation of Martin's house marks the end of the current series of 'Celebrity Help! My House Is Haunted', but all six episodes are available to watch on demand on Discovery+ now.