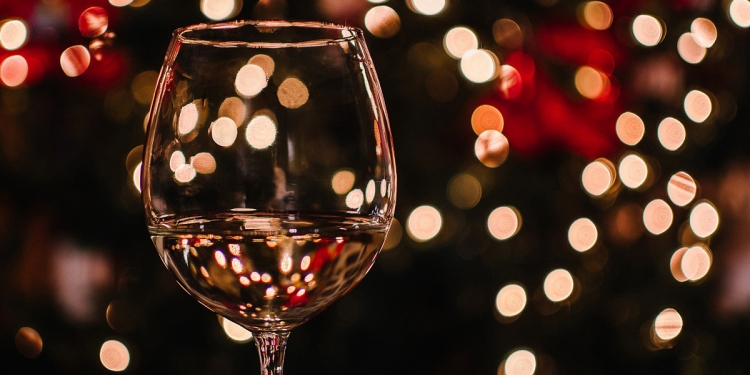 We Try Some Unusual Christmas Drinks

Christmas is a time for many things. Arguments, overcooked sprouts, cheesy but heart-warming music, and also booze. The average Brit spends over £50 a year on drinks at Christmas, if you've ever had to buy a round in a pub in London that might not sound like very much, but hit the supermarkets and you'll be surprised how much hooch £50 can get you.
Christmas is a time when lots of seasonal drinks appear on the shelves, but are they any good? In the spirit of research, we decided to raid the local shops to find some Christmassy drinks and put them to the test... 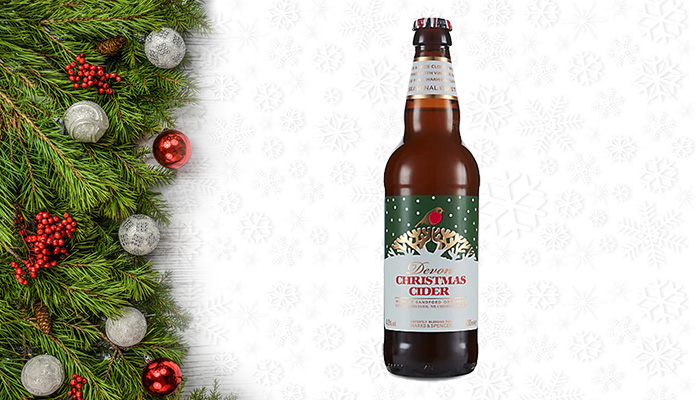 Alcohol 4%
The Label claims: A citrus and spice flavoured cloudy winter cider.
What we thought:
The spice wasn't the worse thing about this, cinnamon and nutmeg are traditional winter flavours, right? But why mix in concentrated clementine juice? This, combined with the fact the alcohol content is only 4%, gives the impression that you're drinking cider mixed with orange squash. Watery, weak, weird.
Verdict: Christmas drinks should have a hit to keep the cold out but this one taste like it would fit right in with a school packed lunch. 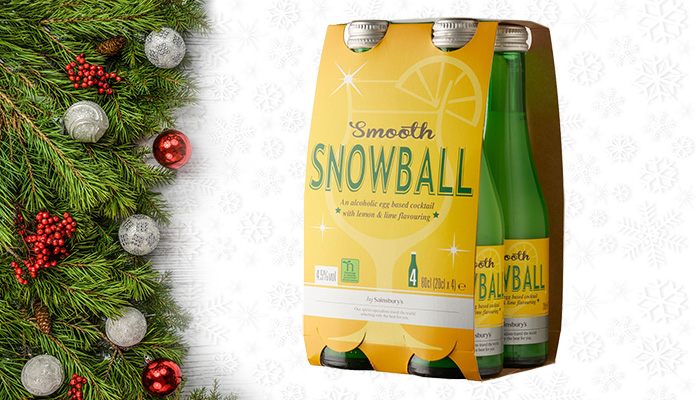 Proof that eggs and booze shouldn't mix
Alcohol  4.5%
The label claims: An alcoholic egg based cocktail with lemon and lime flavouring.
What we thought:
A snowball cocktail is typically a mix of advocaat and lemonade,  in equal measures, often served with a squeeze of lemon and lime juice.  Advocaat, in case you didn't know, is that orangey yellow drink your Gran might have had knocking around in her drinks cabinet. It's a mixture of eggs, sugar and brandy. It's sweet with a bit of a custardy texture and flavour – yes, there's a reason custard based drinks aren't big sellers in this country. It's that they taste disgusting at the best of times.
The beautiful green and yellow label also states: "Our spirits specialists travel the world selecting only the best for you." Either the Sainsbury's spirits specialists are lying here, or else, more worryingly, they do consider this one of the best drinks in the world.
This Sainsbury's Snowball was, well, it was undrinkable. It slid out of the bottle, and smelt like dishwashing tablets. The texture was slightly thickened by the presence of egg, whilst the over-whelming aroma was one of lemony floor cleaner. The taste was how I imagine lemony floor cleaner would taste, if it had sugar mixed in with it. Very chemical flavour, very flat, no saving graces.
Verdict: Literally undrinkable. Came as a four pack, got through one, three in the recycling. 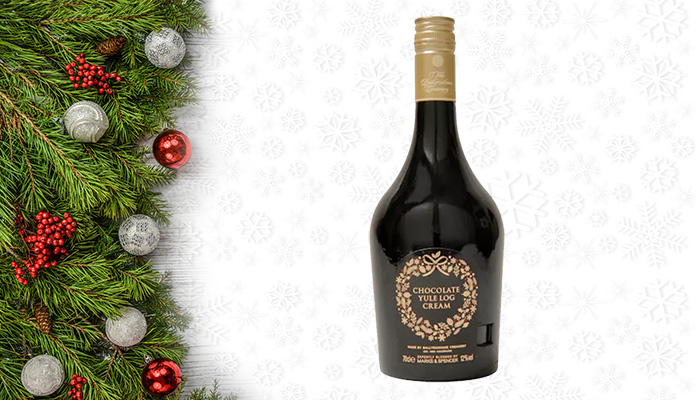 Just the name is enough to put you off.
Alcohol 12%
What the label says: Chocolate yule log flavour cream.
What we thought:
Has anyone ever thought the word log would make a drink more appetising? As you might imagine, this is a sub-Baileys clone, with 'chocolate log' flavouring instead of whisky. Too sweet, bland, didn't actually taste of chocolate particularly. Bailey's might not be to everyone's taste, but it does the creamy, sweet boozy thing perfectly.
Verdict: Stick to Baileys, the Irish know what they're doing! 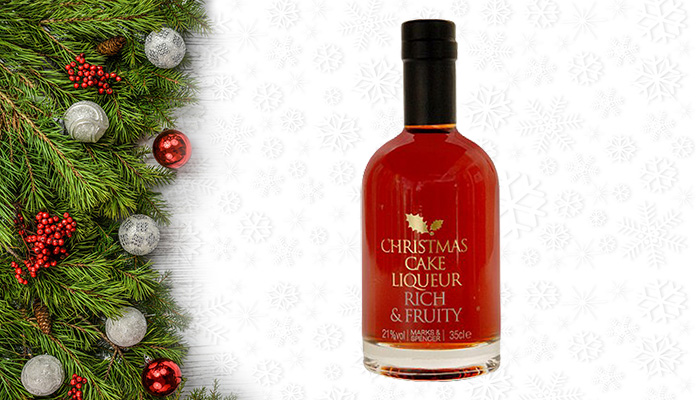 Alcohol 21%
What the label says: Christmas cake flavour liqueur. A blend of brandy infused with plums, raisins, cherries, citrus peel and spices.
What we thought:
Sounds intriguing this one. We all like cake, and we all like booze, so this should be great! Actually, it tasted like a sugary Air-Wick 'Christmas spice' air freshener, or one of those pots of pot pourri people occasionally leave lying around. The key flavour is fake marzipan crossed with Dr Pepper.
Having said that, it was at least drinkable. If you get peckish late on a winter night and you're thinking about eating some cake or sweets, or perhaps having a drink instead. Have both and drink this instead. Fine in small amounts, God only knows what it would be like to get wrecked on this stuff.
Verdict: At least this one will taste the same coming up as it did going down. 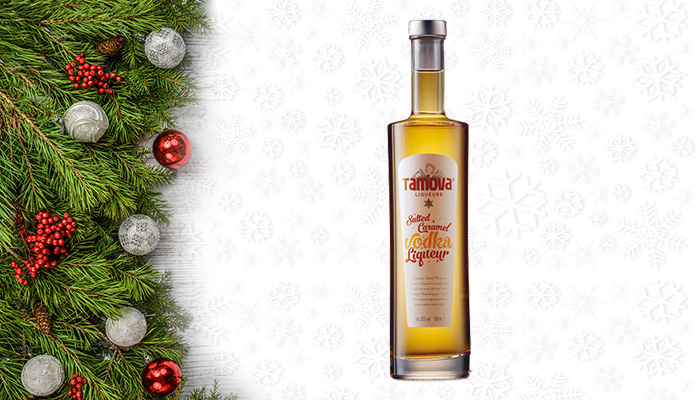 Alcohol 20%
What the label says: Seductively sweet and smooth with a salty edge.
What we thought:
Hasn't the salted caramel revolution gone too far? Vodka should be 40% alcohol minimum. It's a Russian drink, you should drink it thinking of frozen steppes, besieged soldiers dying in the snow and a diet of potatoes. It shouldn't be sickly sweet, and it shouldn't have salt in it! Ghastly!
Described by one taster as 'like sweetened boozy jizz' – you can decide if that'd a good or a bad thing.
Verdict: As a gateway drug to get mardy-arsed teens onto booze at Christmas, this could be perfect. For anyone with a taste bud, no!

There's a reason these drinks aren't available the rest of the year, it's that they're bloody awful. People use Christmas as an excuse to sell all kinds of tat to people. The drinks merchants clearly think they can perhaps encourage people to buy a bottle or more of something to celebrate with, but this stuff is ghastly. Stick to the classic drinks, they're popular all year round for a reason!
The exception to the rule is mulled wine. A glass of hot mulled wine when you're out shopping or you've been out for a bracing winter walk is a thing of hot, steamy, nose-tingling beauty and should be embraced in the Christmas season!
Tags:
christmas