Is a mass live streamed séance a reckless and dangerous activity or a valid paranormal experiment? 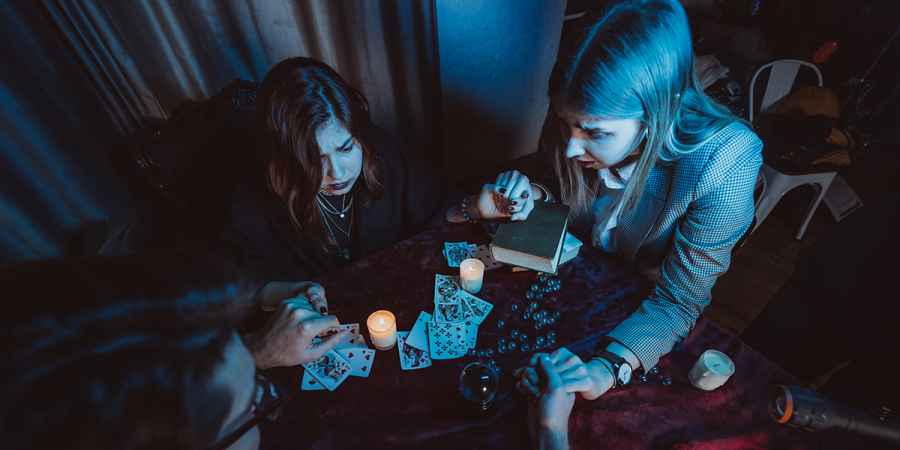 The Really channel have announced that they're teaming up with a British paranormal team for an attempt to set a unique Guinness World Record paranormal title.
'The World's Largest Live Streamed Séance' will be led by Alex Duggan and Miki York from the UK HAUNTED team, and will be hosted by Nick Stoppani on Really's Facebook page.
The live unscripted séance will be streamed live from a secret location at 9pm on Sunday, November 1 and adjudicated by Guinness, but the team need your help.
In order to set the record, the team need you to join in. They said, "we want everyone at home to get involved too and be a part of this."

Join us on the 1st November as we team up with @reallychannel on their Facebook page for a very special world record event! @GWR

Although the majority of viewers have welcomed the live event, some have described the record attempt as "reckless" and "unsettling," but is there any reason why we should be worried?
Those concerned fear that a séance performed by the uninitiated could result in unwanted malevolent entities coming through and terrorising those taking part at home. Or worse still, the mass séance could cause the biggest inter-dimensional cross-rip since the Tunguska blast.
Well, the #WorldsLargestSeance is being led by a very experienced paranormal team, who will no doubt talk viewers through safely conducting a séance.
The team aren't expecting a disaster of biblical proportions, they say "most spirits don’t want to cause harm, they simply want to let you know that they are still around."
Although this is the first time a team have attempted to officially set a world record for the largest live-streamed séance, it isn't the first time that a televised séance has taken place and they've all gone off without any problems. What makes this séance special is that it is being adjudicated by Guinness.
In 2004 Channel 4 received hundreds of complaints after Derren Brown hosted a live interactive séance. 2.8 million viewers watched the paranormal experiment, a large percentage of which will have taken part in the séance from home since this was the purpose of the show.
Despite setting a record for the most number of complaints ever recorded for a Channel 4 show, more than three-quarters of them were logged before the show aired and the programme itself went off without any issues.
However, over 8,000 viewers called a helpline number given out during the broadcast to report that they had experienced some kind of paranormal activity in their own home - but none was life threatening.
It's often drummed into us that messing with the occult is extremely dangerous, but the reality is that dabbling with the occult was only dangerous if you were a witch in the 16th to 18th century. In Europe alone it's estimated that up to 60,000 women and men were tried and executed as witches during this time making it quite a deadly pursuit.
Other than the odd bodged forced exorcism performed by people who get carried away, the paranormal is generally pretty safe.
Every day hundreds, if not thousands, of people conduct séances without any reported problems. Paranormal events companies in the UK welcome thousands of guests at their public ghost hunting events every weekend, most of those guests will take part in a séance as part of the night's activities. Not one single person has ever been hurt during a public ghost hunting event due to paranormal activity.
The only way to find out for sure just how dangerous this experiment might be is to take part and approach it with an open mind. You can take part in the world record attempt at 9pm on November 1 on Really's Facebook page.
Add A Comment
Tags:
paranormalhalloweenhalloween 2020