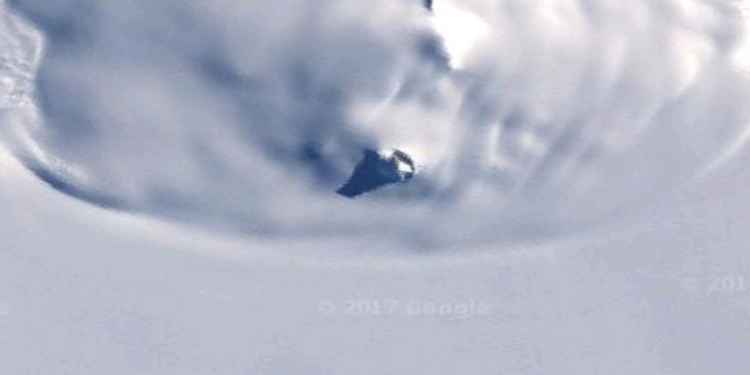 Photo: google.co.uk
A Russian conspiracy theorist has discovered what he believes to be the image of a crashed alien spacecraft in Antarctica using Google Earth.
Valentin Degteryov claims that the crashed ship is around 580 meters long and crashed into the icy terrain millions of years ago, the object can be seen on Google Maps here.
The conspiracy theorist thinks that the ship has gone undiscovered for millennia and has only been spotted now due to climate change and the melting of ice on the continent.
The only problem with this particular conspiracy theory is that it conflicts with another very popular conspiracy, the one about the Earth being flat. Flat Earthers believe that Antarctica doesn't exist and is in fact an impenetrable wall of ice that incircles the flat Earth.
Add A Comment
Tags:
unexplainedufostopical