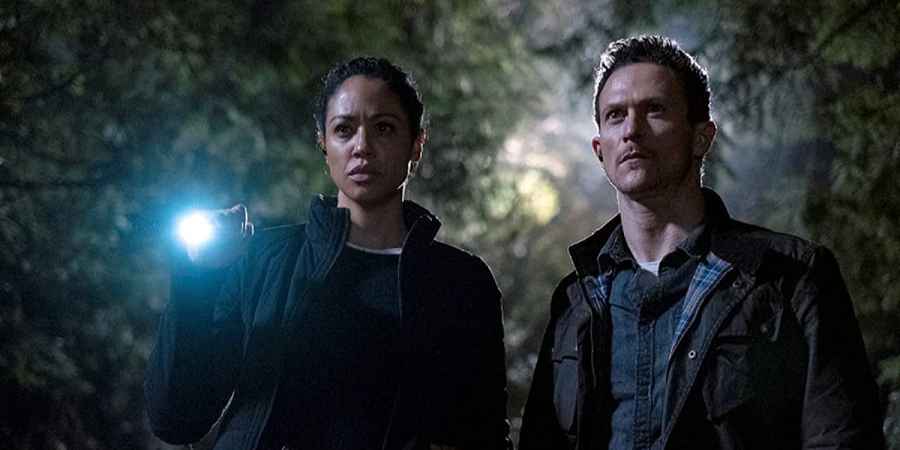 Photo: © NBCUniversal Media, LLC.
In NBC's 'Debris', government agents race to collect debris from an alien spacecraft before it falls into the wrong hands.
It's a compelling setup, but how realistic is it? Here's the lowdown. 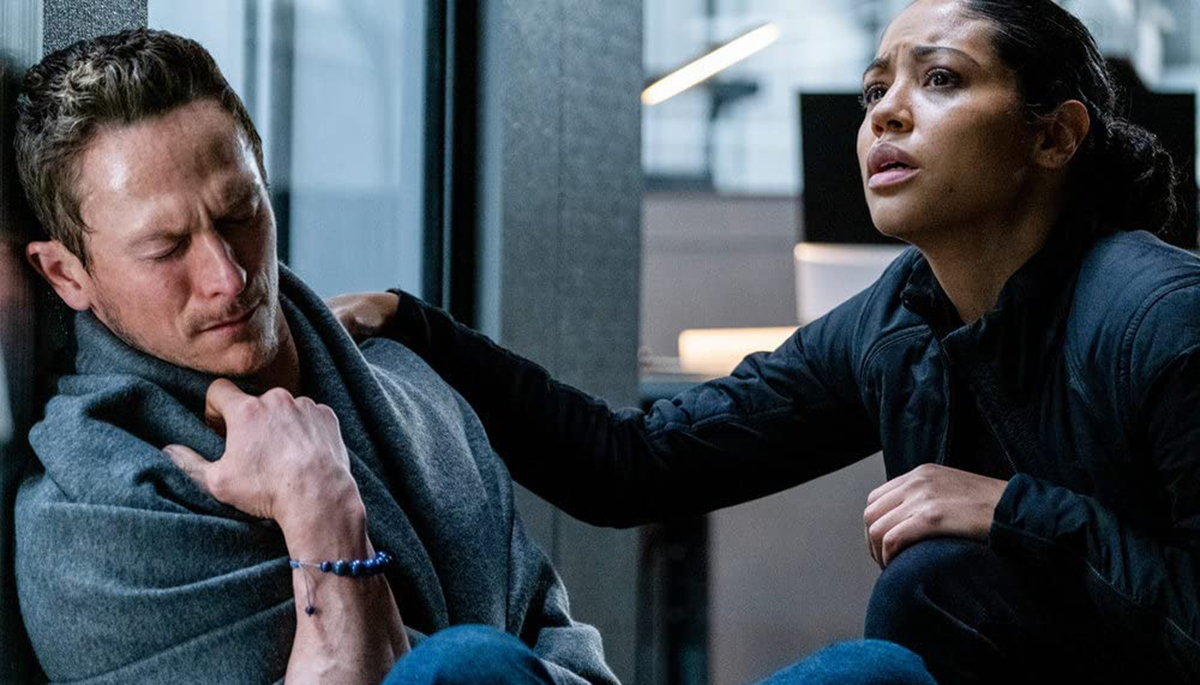 Jones and Beneventi lead Orbital, an international group of intelligence agents tasked with collecting and analyzing the debris.

Haven't We Seen This Before?

Jones and Beneventi may seem familiar. But Beneventi is no true-believing Mulder, and Jones isn't a hard-headed Scully. X-Philes will find the two agents and their dynamic to be refreshingly unique.
If 'Debris' also has you thinking about Fringe, that should come as no surprise. The creator, writer, and producer of 'Debris', J.H. Wyman, authored 79 of that show's 100 episodes.
But although fans of both 'The X-Files' and 'Fringe' will enjoy the familiar theme of a procedural investigation of the extraordinary, 'Debris' is no stale rehash.
Nor does the show have to go far to find a real-life basis for its plot and events.

How Realistic Is It?

A few questions come to mind.
First, the CIA and MI6 are foreign intelligence agencies. Investigating anomalous phenomena seems slightly off-mission. Would either organization actually conduct these types of investigations?
Also, how likely is it that the two agencies would work together?
Finally, when it comes to investigative techniques, is the show doing it right? The answers may surprise you.

People who cut their teeth on 'The X-Files' may be surprised to see the CIA and Britain's MI6 teaming up to investigate alien technology. But they shouldn't be.
Numerous US agencies, including the CIA, have investigated UFO sightings and related phenomena. The recently declassified Project Blue Book provides some 74,000 pages of documents regarding the CIA's UFO investigations, in fact.
Although the role of MI6 in UFO investigations is poorly documented outside the tabloid press, the UK Ministry of Defence had a UFO desk until 2009. So clearly the UK government took the idea of UFO sightings seriously.
As for the CIA and MI6 working together, this, too has been well documented.
Is it realistic that there would be a boots-on-the-ground pair of CIA/MI6 agents investigating phenomena in the style of Mulder and Scully?
As realistic as anything on television. But it's not completely implausible.

How The CIA Investigates A UFO 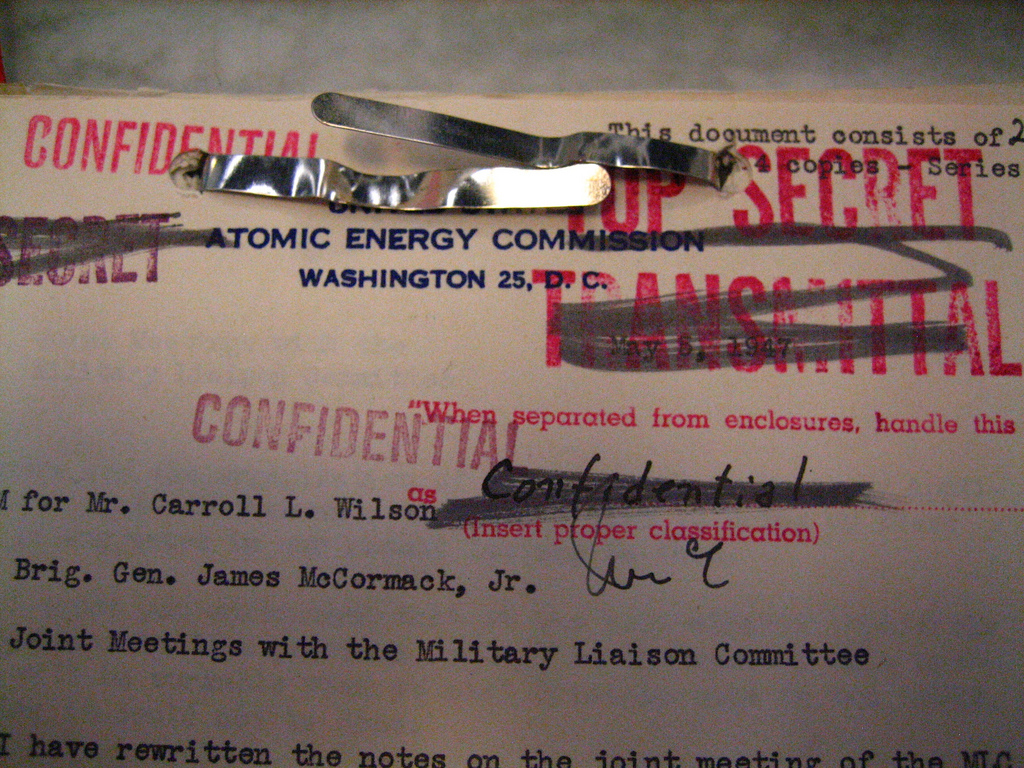 A memo declassified in 2001 lays out several principles for investigating anomalies.

First, analyze the factors that constitute the anomaly.

Second, determine the fields of science that the anomaly concerns.

From there, attempt to identify the nature of the phenomenon and its possible uses and applications.

Then, determine whether the phenomenon poses a threat.

Also, it's important to think about how to defend against any threat, and whether enemies could use it against us.

Finally, the investigating agency should decide whether to inform the public.

We tracked-down preeminent UFOlogist and the world's top anomalist Christopher Chacon, traveling between countries and cases, to get his perspective on conducting an investigation.
Chacon is frequently sought by private corporations, governments and a variety of academic and scientific institutions from around the world to confidentially conduct investigations on all manner of phenomena. He has investigated thousands of cases dealing with all manner of close encounter phenomena.
First, he conveyed the importance of approaching every investigation objectively, and with an awareness of one's own preconceived biases. One's perspective, he said, can be as important as their investigative methodology when it comes to the validity or invalidity of their conclusions.
Also, in addition to examining the phenomenon (or object) itself, any investigation should also include assessment of:
• Witnesses
• The environment
• Circumstances surrounding the phenomenon
The examination should take as wide a scope as possible, because it may not be immediately obvious what's important and what isn't. Also, investigators should collect their data under the tightest of controls, while trying to adhere to an objective scientific protocol.
Whether a UFO is airborne or debris that has crashed, Chacon says that it's important to remember that a UFO simply means the object is "unidentified." It may or may not be extraterrestrial in origin. Once identified, it is no longer a UFO.
As for his own investigations, Chacon said that the majority of suspected UFO debris that he's examined has been terrestrial in origin. However, "The remaining unexplained cases involved debris and related and/or residual characteristics that defied the laws of nature and physics, at least as we know them today."

'Debris': On Target or Off the Mark? 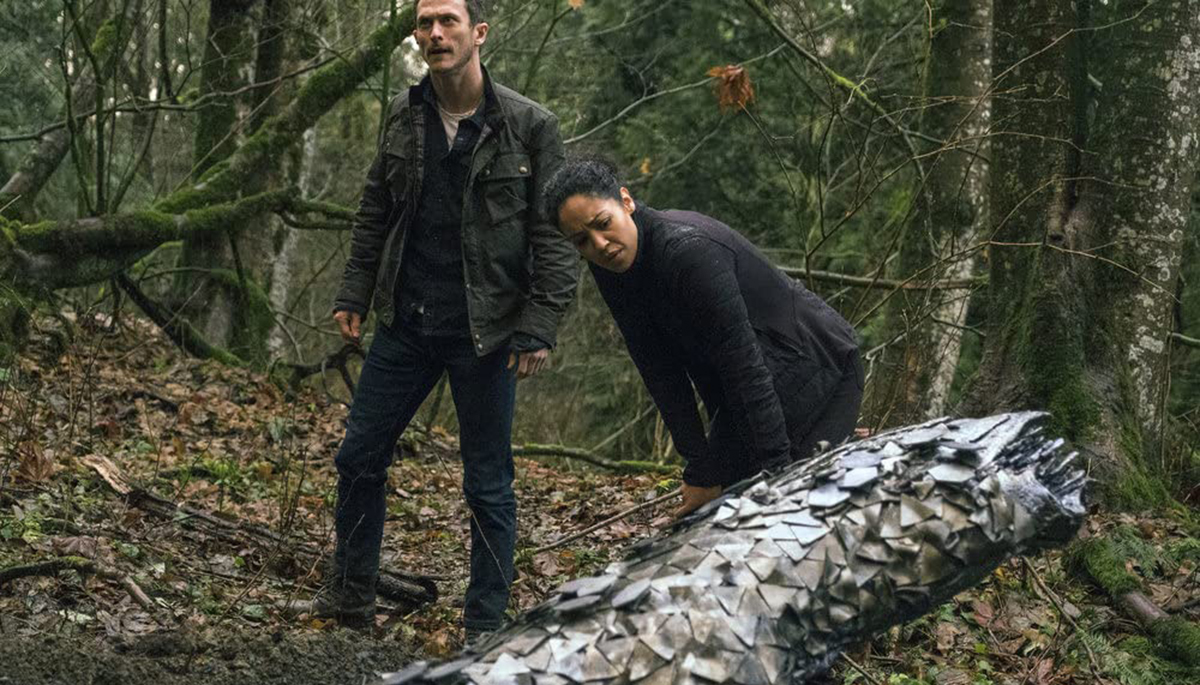 Real life investigations involve legwork, paper-pushing, and other things that would be deadly dull to watch. Fictional investigations will always be streamlined for pace and dramatic impact.

That said, here's where Jones and Beneventi get it right.

The agents have already determined that the debris comes from an alien spacecraft. Their ongoing job is to identify the nature of the threat that the debris poses. This is complicated, as the debris reveals new properties with each episode.

The agents have also determined that the debris constitutes a threat; a key part of their mission is to keep it out of the hands of bad guys and black marketeers.

In the second episode, representatives of Orbital and its Russian counterpart discuss the possible applications of the debris's properties, and hatch a plan to reverse engineer it.

It's early days for the series, but so far, they appear to be following the CIA playbook and Chacon's principles for an objective, multidisciplinary approach.

Why We Can't Get Enough UFO Stories

As long as people have looked to the stars, we've wondered if there was anyone else out there. We've told stories about it for almost that long.
What makes it such an enduring theme?

We Want to Believe

A Gallup poll in August 2019 revealed that one-third of Americans believe that some UFOs are alien spacecraft.
15% of all people polled in June of that year reported having seen a UFO. And half of the respondents to this same poll believed that there's life on other planets.
Whether we're alone in the universe or not, Gallup reports that 68% of Americans think the government isn't telling us the whole story.
This is a marked increase from Gallup's 1966 poll, in which only 5% of respondents reported having seen a UFO, and 7% believed it was possible that unidentified flying objects could be extraterrestrial spacecraft.
Belief in extraterrestrial encounters is on the rise. It's no wonder that the popularity of shows, films, books, and games on the subject is, well, skyrocketing. 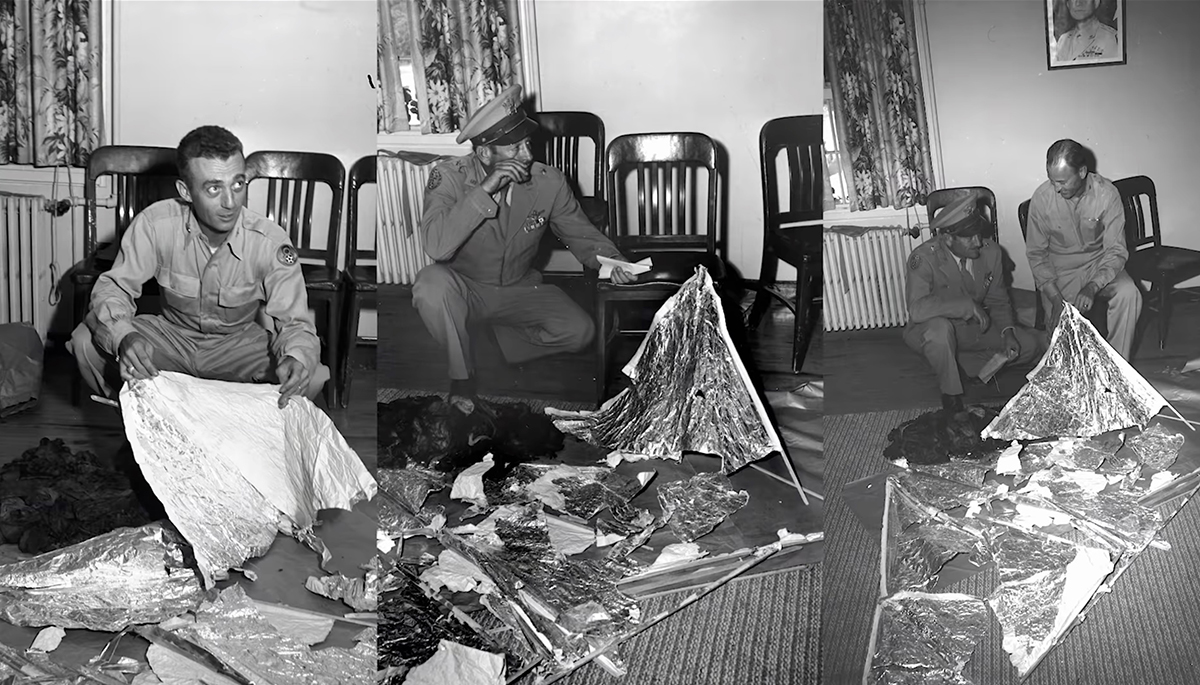 Chacon described several fascinating incidents/cases involving debris, some explainable and some unexplainable, that are not publicly known. Five famous incidents with purported alien debris that continue to provide fertile ground for speculation are...

On April 12, 1897, a flying vehicle crashed into JS Proctor's windmill in Aurora, Texas, destroying the windmill, the vehicle itself, and reportedly killing the pilot. A story in a local paper reported that a US Signal Service officer believed the pilot to be "not of this world."
Aurora resident Etta Pegues later told Time Magazine that the incident had been a hoax meant to bring attention to the town, though Pegues' statement itself had brought up more questions than answers. The Mutual UFO Network (MUFON) and others have investigated the site since, with results being inconclusive.

In early July of 1947, William Brazel, a ranch worker, found debris 30 miles north of Roswell, New Mexico. He reported the wreckage to the sheriff, who reported it to the Roswell Army Air Field. The RAAF issued a press release saying the debris was from a "flying disc." The Roswell Daily Record re-worded it as "flying saucer," and the story grew from there.
The military released reports in 1995 and 1997 concluding that the recovered debris was from a research balloon and the alien bodies were "anthropomorphic test dummies."
Many people remain unconvinced.

On December 9, 1965, thousands of witnesses viewed a brilliant object lighting-up the north-eastern U.S. and Canada as it descended, producing sonic-booms, crashing into a forest outside Kecksburg, Pennsylvania.
The crash site was serious and unusual enough to be immediately sealed-off by the military and state law enforcement with multiple groups conducting investigations, including the Air Force.
Controversy swirls to this day over the incident, with official government records of the investigation having been "misplaced" or destroyed, speculation about the object includes being a massive meteorite, a Soviet or U.S. space probe or spy satellite or even an alien spacecraft.

On October 4, 1967, a large, unidentified object crashed into the water near Shag Harbour, Nova Scotia. Numerous organizations investigated the incident, including the RMCP, the Canadian Coast Guard, Canadian Navy, Canadian Air Force, and the American Condon Committee.
Though the area was on several flight paths, no aircraft were missing. An underwater investigation turned up no debris. According to the Canadian Department of National Defence, the Shag Harbour Incident remains unsolved.

On January 29, 1986, inhabitants of Dalnegorsk, Russia, noticed a red ball in the sky. When it reached the mountain known as Height 611, it crashed.
Investigators found lead at the site, but it wasn't the same type of lead found in the area.
Investigators also found beads of combined lead, iron, and silicon, as well as bits of mesh. The mesh fragments contained unusual quantities of gold, along with scandium, lanthanum, sodium, and samarium. Similar red balls were observed in the area in November of that year.
Was the debris extraterrestrial in origin? Many people believe so. But officially, the jury's still out.

Have We Already Found Alien Debris?

Many people think so. And there are documented examples of found objects that don't quite conform to physics as we presently know it.
Since Chacon continues to participate in confidential investigations and research, he did not disclose identifying specifics regarding incidents and related-debris, understandably so. However, former Nevada Senator Harry Reid told The New Yorker in a recent interview that he has reason to believe that the defense and aerospace giant Lockheed Martin has fragments of a crashed UFO. Reid had apparently tried on numerous occasions as a Senator to gain access to secret documents, as well as gain access to the debris, but his requests were ignored.
The truth is out there. Will Jones and Beneventi find it? That remains to be seen. But in the meantime, we can have a lot of fun watching them try and ponder what alien debris has actually been recovered and is still being kept secret.
Tags:
ufosunexplainedtelevisiontopical