Do Ghosts Get Aroused? Do They Have Sex? And How Can You Seduce A Spirit?

When watching the 80s classic, 'Ghostbusters' as a kid the infamous "ghost sex" dream sequence might have gone over your head, you may have even failed to notice how ultra-horny Dana Barrett was when possessed by Zuul. But outside the world of movies, do ghosts get sexually aroused? 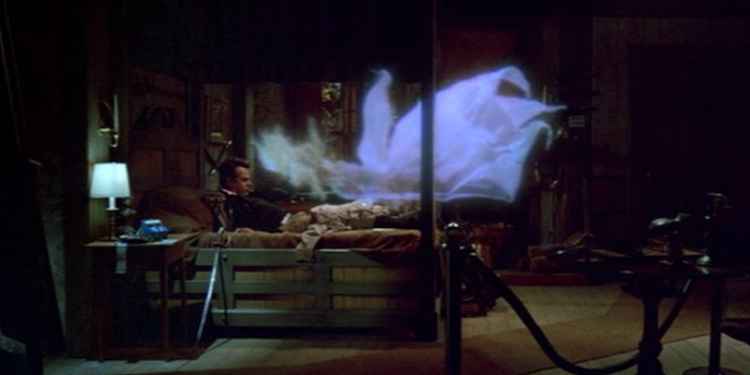 Like most of these things, when you start looking into it, ghost sex is surprisingly common, it even has a scientific sounding name, spectrophilia. This is characterised as the sexual attraction to ghosts, as well as the phenomenon of sexual encounters between ghosts and humans.
And quite a few people have come forward to report erotic encounters with spirits. In 2012, singer Ke$ha announced to the world in an interview with Ryan Seacrest that she has regular romantic experiences with a ghost. She said, "the spirit would show up in different forms, like one night it was a weird shadow and another time it was a voice, and then another time it was the lights and then it got progressively more and more intense. And then it turned into like a sexual weird thing, and I thought I should probably write a song about it." The encounters inspired her song, 'Supernatural'.
'Paranormal Activity 2' actress Natasha Blasick is also a ghost sex survivor. While appearing on 'This Morning' she told hosts Phillip Schofield and Christine Bleakley that she has has sex with a ghost not once, but twice. She said, "I could feel the weight of a body on top of me, and I couldn't see anybody, but I could feel the energy, I could feel the warmth and at first I was very confused with all that, but then I just decided to relax and, umm, it was really, really pleasurable."
While parapsychologist imagine ghost sex to be like a scene from the Patrick Swayze movie 'Ghost', skeptics are more likely to put people's experiences down to a common phenomenon called sleep paralysis. It's said that around 20% of people will experience the condition at some point in their lives.
While you're sleeping, a your brain puts your body into lockdown, you are paralysed to prevent you from acting out your dreams, when this physiological mechanism fails people sleep walk. But occasionally people wake up and their body is still paralysed and they cannot move.
Being frozen in bed is pretty terrifying, especially as other symptoms of sleep paralysis include hearing loud noises, hallucinations, the feeling of pressure on your chest, and difficulty breathing. To make things worse, sufferers feel totally awake throughout the entire episode.
It's believed that women are more likely to experience sleep paralysis than men and that around 13% of those that do say that have experienced not fear, but a pleasurable, and even sexual episodes of sleep paralysis.
A rational look at the symptoms of sleep paralysis, the feeling of pressure on one's chest and breathing difficulties, could easily account for spectrophilia, especially when in unison with an erotic dream. This could be mistaken for the weight of a lover on top of you and the difficulties breathing could be likened to the shortness of breath during the throws of a sexual encounter.
On top of this, most accounts of ghost sex are reported as a dream, or as someone is falling into or coming out of sleep.
Spectrophilia is also a recognised sexual fetish where someone is attracted to ghosts or spirits. Spectrophiliacs fantasise about ghosts and often imagine scenarios involving sexual events between themselves or others and spirits. It's actually weirdly popular, and there's plenty of online communities dedicated to ghost erotica.
But that's the living being attracted or thinking they're experiencing sexual contact with ghosts, do ghosts and spirits actually get sexually excited themselves?

Do Ghosts Get Sexually Aroused? 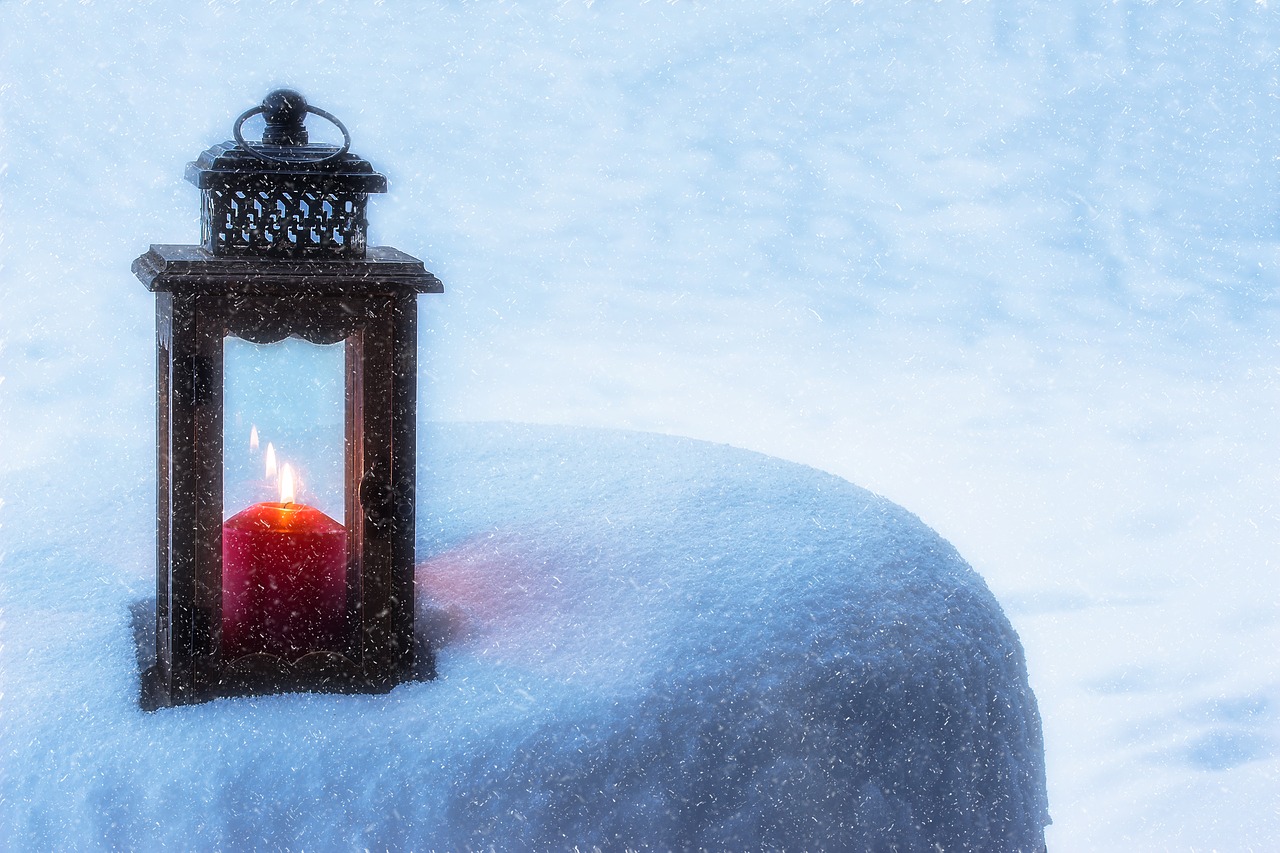 Photo: pixabay.com
Some people definitely believe that spirits get aroused, in fact just last year my friend was told by a psychic medium that she was being sexually interfered with at night by a randy ghost without her knowledge. The weird clairvoyant who gave her a psychic reading at Camden markets in London, told her that she should sleep in red underwear to stop the spirit's advances.
He told her, "you need to wear red knickers when you sleep at night," apparently wearing red undies will trick the ghost into thinking that it's "that" time of the month and therefor he won't be interested.
But beyond slightly pervy mediums, legends of sexually motivated ghosts date back centuries in western folklore in the form of the succubus and the incubus.
A succubus is an evil spirit who takes the form of a human female to seduce men, most commonly through intercourse in order to steal sexual energy and male reproductive fluids which they use to impregnate a woman. The male counterpart of the succubus is the incubus, a similar demon which take on a male form. Incubi are said to seduce women into sex with the aim of impregnating her.
The succubus and the incubus are religious concepts that date back at least as far as the 14th century. In the Bible, Lilith, is described as a succubus, she was cast out of Eden because she wanted the dominant role in sex, basically she wanted to be on top.

How To Seduce A Ghost 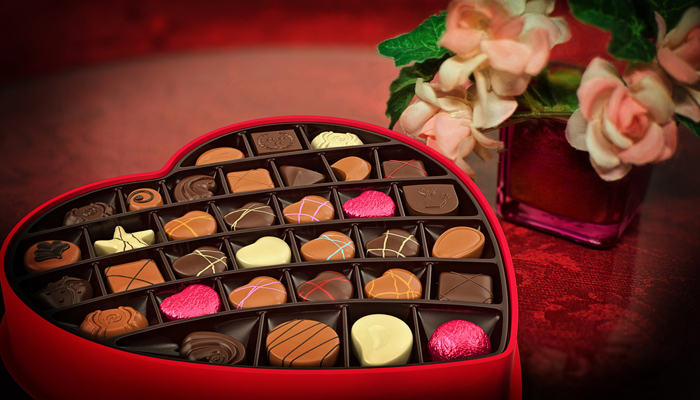 Photo: pixabay.com
With spectrophilia being such a popular fetish, there are plenty of groups online which claim to teach those who are interested how to get it on with a ghost. It doesn't really differ too much from relations with the living but requires you to have a clearer mind and plenty of belief.
The advice online states that you should not allow fear to overcome you or you're producing negative vibes and negative energy which could attract the wrong type of spirits, darker spirits or demons. There is nothing to be afraid of, keep an open mind with positive thoughts.
To help you radiate positive energy, ensure you're in a good space, somewhere you're content that is clean, comfortable, and a happy space. You should try to set the mood in this space, just like you would for a romantic night in. Switch on some mood lighting or light some candles. Red candles are best as the colour red is associated with love and sex in occult rituals.
You may also want to play some romantic songs, perhaps something from 'The Bodyguard' soundtrack.
Once you're feeling relaxed within your happy space, start the process of summoning a randy spirit. You don't need to be naked for this to happen, physical barriers such as clothes are no obstacle for ghosts. Lie back on your bed in whatever you're comfortable in and start to breath slowly and deeply.
Visualise the spirit you'd like to engage with, picture them, imagine what it feels like to touch their body, and to be touched by them. Believe that there is a spirit for you and will it to join you, you could do this by using a chant if you're comfortable with this, something along the lines of "come to me."
If you're kicking out enough allure then you should start to experience something, whether it be a sound, smell, touch or even a manifestation in the form of lights, shadows or an apparition. It's said that encounters of this type start with the feeling of pressure on your body.
An important part of any sexual encounter is communication so be sure to talk to your spirit partner, tell it what you want, what you expect and what you like. Use this communication to define your boundaries and control your experience.

Do Ghosts Have Sex With One Another? 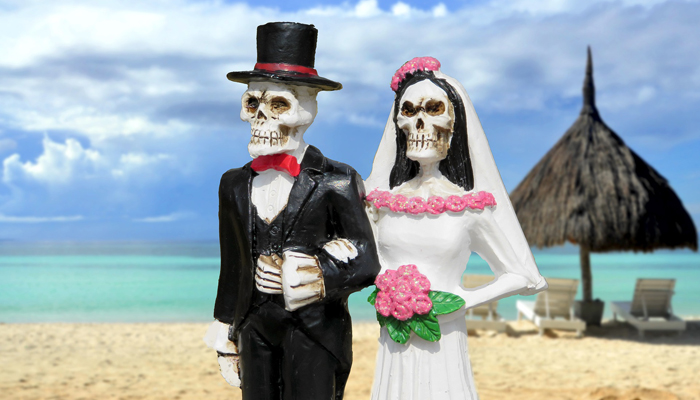 Photo: pixabay.com
Many believe that sex plays just an important role between two beings in the spirit world as it does in the world of the living. Of course, we don't really know what ghosts get up to in the afterlife but many spiritualists believe that the union between two souls is the most powerful union possible and this can occur even when the spirits have left a physical body.
Whether ghosts actually have a need for sex is a different matter. Most reports of the paranormal don't include the same worldly wants and desires that corporeal beings have. Ghosts don't eat or drink for example, and I've never heard of a sleeping ghost. So, it's quite safe to assume that ghosts don't have a need for sexual release either.
However, some ghosts, those categories as residual hauntings, are often seen to replay events that they performed while they were alive. The feelings, emotions and energies of these events can be "recorded" in the materials around them and replayed to an observer when atmospheric conditions are similar or on the anniversary of events.
If you believe in such things, then it's feasible that emotions during the act of making love could be strong enough to imprint themselves on their surroundings. Perhaps a couple who were murdered by a jealous ex while in the throws of passion could remain in the place they were murder for eternity, forever in the midst of love making... which to be honest sounds pretty exhausting.
Tags:
paranormalghostsnsfw