In this article we explain how the camera can lie due to glitches in digital compression, and how this might be to blame for many ghostly images caught on closed-circuit television. 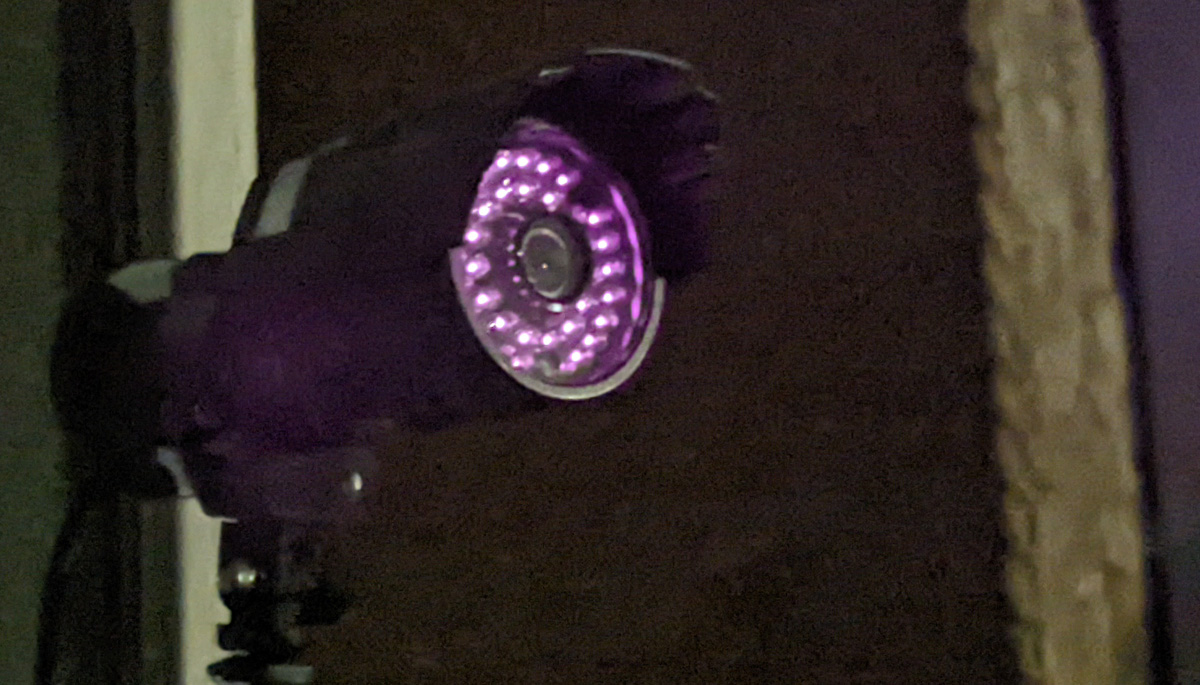 A video went viral this week which has been described as the "holy grail" of ghost footage. It shows what appears to be a mysterious figure that drifts in and out of visibility before suddenly vanishing.
At the beginning of the clip, just the figures legs are seen walking into view, the top of the body is transparent. Then the whole figure momentarily becomes briefly visible, but seconds later disappears.
Joey, who spotted the video on his home CCTV system, told the Mirror, "the video is like something from 'Paranormal Activity'. When I saw it, I just thought 'oh my God'. I was creeped out. We took it to my brother-in-law's house to get it up on the TV and we could make out a woman with bouffant hair, like a beehive. We just gasped. It freaks my wife out. She doesn't want to talk about it."

This sort of clip is very common. Whether it's figures walking past who suddenly vanish into thin air of phantom animals fading in and out of existence, but there's nothing paranormal about it. It's actually caused by the way that these sorts of cameras work.
Most security systems store the video it captures from its multiple cameras on to a hard drive, but raw video files are very large and take up a lot of disc space, so the video is compressed.
Compression is a little complicated, but a simple explanation is that each frame of the video has a limited amount of space on the hard drive available to it, this is known as its bitrate. The video encoder tries to use this allowance of data storage per frame as effectively as possible by blocking together areas of the same colour and concentrating on what it deems to be the important elements of the scene.
If you imagine a video of someone's hand in a fist-shape on a solid black background. As the video plays they put up one finger.
Because the background is a solid colour, it doesn't need to be stored in detail pixel-by-pixel, instead a block of blackness is encoded, which requires far less disc space to define.
Most of the hand, apart from one finger, is still and unchanging, so rather than using disc space to keep saving the same image over and over, it creates a key frame. This means that until there is any significant movement, each consecutive frame doesn't need to store any new data, it can just refer back to the latest key frame.
So this means that the majority of the available bitrate can be used to accurately store as much visual information as possible about the moving finger.
This usually works pretty well but sometimes a moving object can be similar to the background colour or objects it passes and the encoder assumes it's all part of the same object and saves space by treating it all as one block of the same colour.
This becomes more apparent in the type of night vision footage captured by CCTV cameras. When in night vision mode the footage is normally grayscale, this means that a light-coloured object will become light grey, while a dark-coloured object will be dark or black.
Therefore, a person in light blue clothing walking past a light red wall could end up looking like a person in light grey walking past a light grey wall. This makes it harder for the video encoder to tell the difference between the person and the wall and may therefore ignore the details and treat both as a solid block of colour.
This effect is further exaggerated when the moving object takes up only a small portion of the screen and is therefore deemed unimportant, especially in scenes where larger moving objects are present or other objects are moving more noticeably. 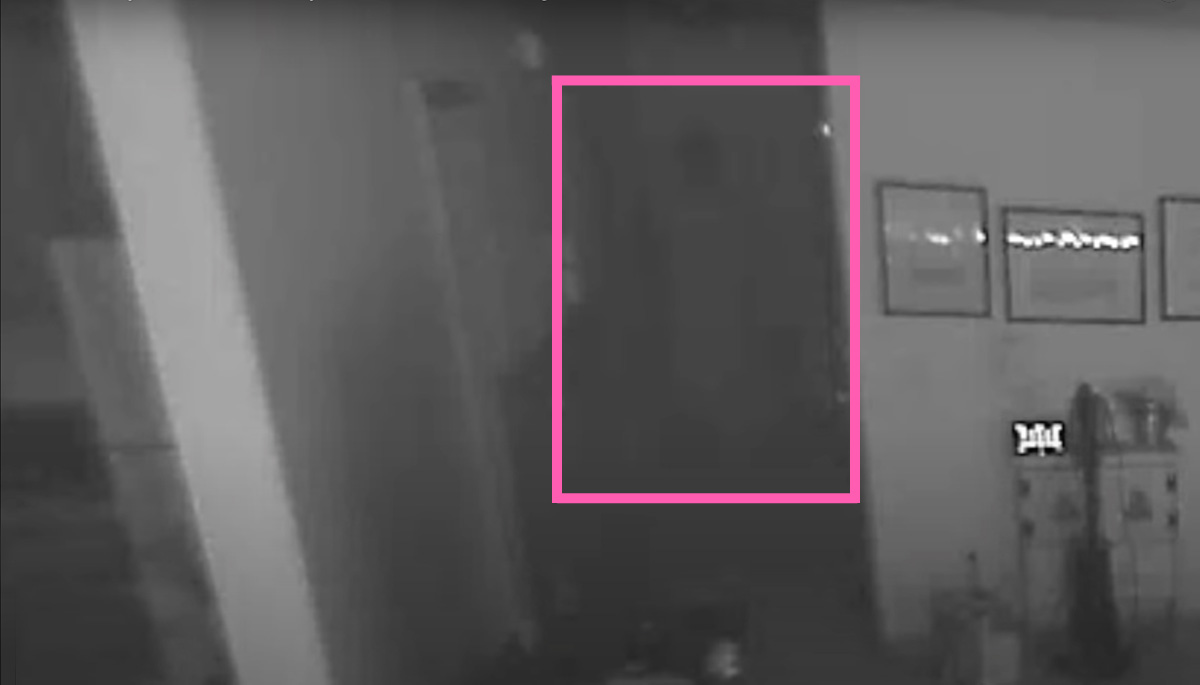 Photo: youtube.com
Relating this back to the video of the figure above. The legs are seen to walk into the shot. This is because, even though the legs only make up a fairly small portion of the scene, the movement is significant and the light-coloured legs stand out against the dark floor.
Seconds later the top half of the body appears. Now we can see that the darker top part of the body is similar in colour to the wall behind it, which is why it was ignored when the video was compressed. The figure then walks out of view again, this time the movement is ignored, causing the figure to suddenly disappear.
You can see an exaggerated example of this principle in the video below.
The effect can also be seen in the clip below. It was shared by an Australian man and was said to show his pet dog playing with a ghostly puppy. It's clear to see in the footage that the black dog clearly stands out against the background, therefore its image is easily tracked and encoded during the process of video compression.
However the dog perceived to be a phantom dog, which appears to fade in and out of existence, is much lighter in colour and blends in with the background, which is why it ends up being ignored or partially ignore during video compression making it appear to be translucent. 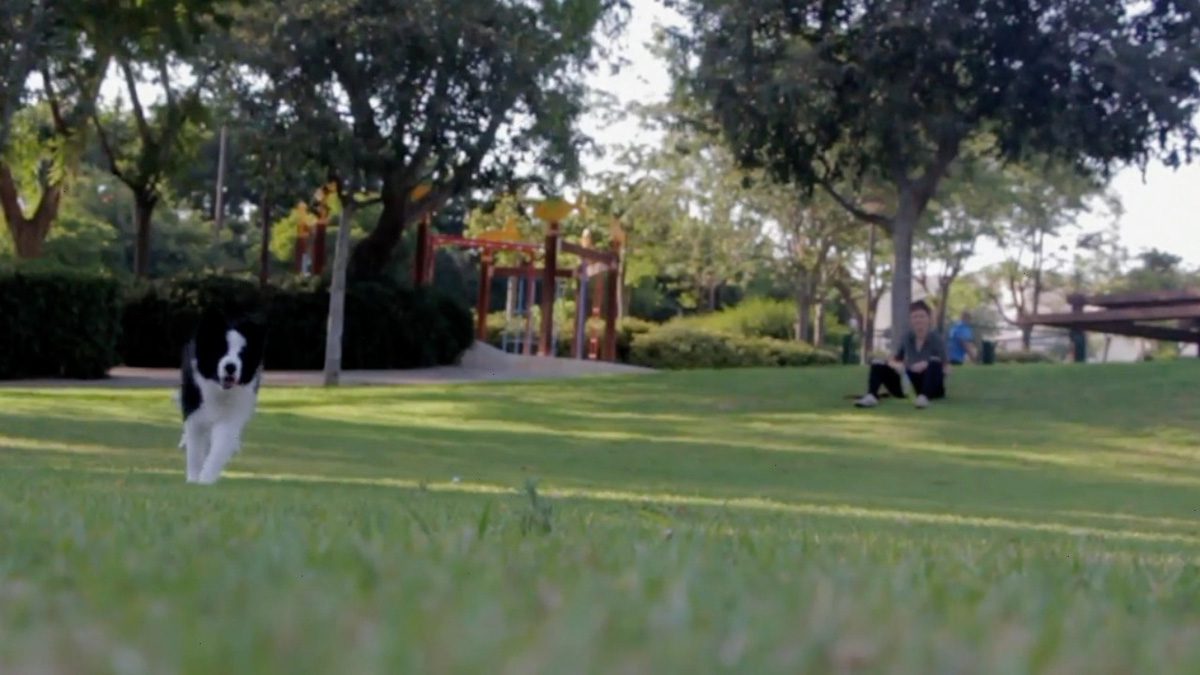 We started with a high-definition video of a dog running across a field. As this clip was professionally shot, it starts off at a much higher quality than any home security camera's footage. 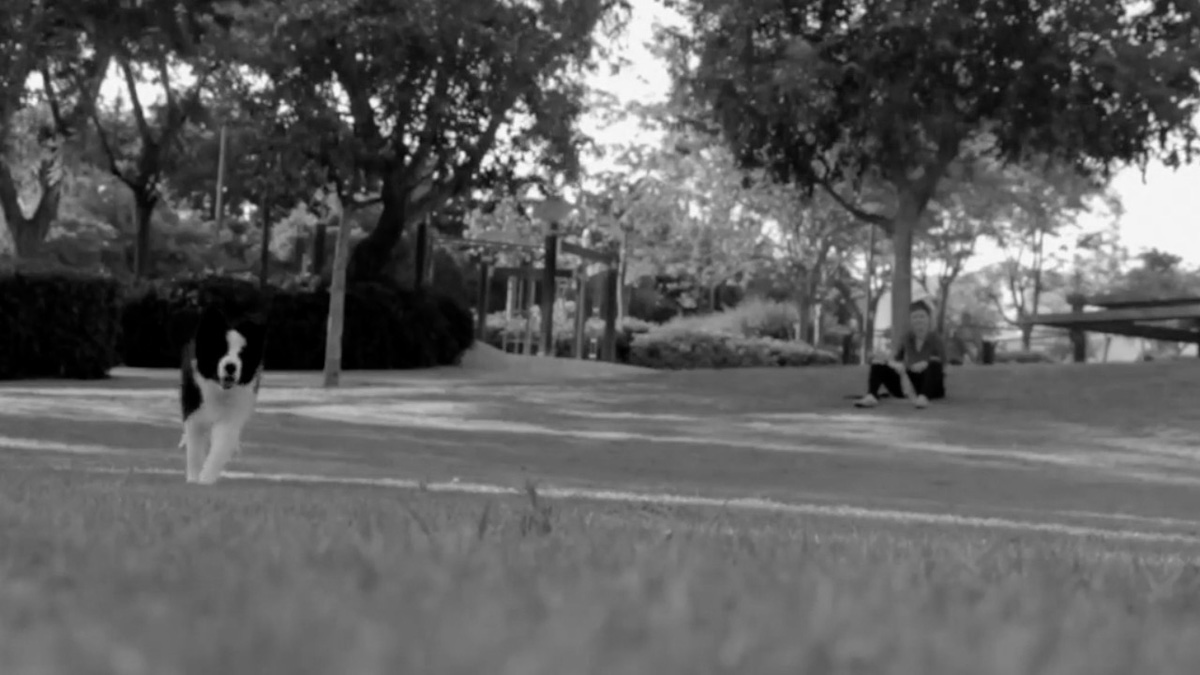 We then made the footage look more like that captured by night vision camera. Se did this by making it black and white. Although this doesn't make it exactly the same as CCTV footage, the important factor here is that the video is now greyscale, which reduces the colour palette and makes it hard to pick out objects from the background. 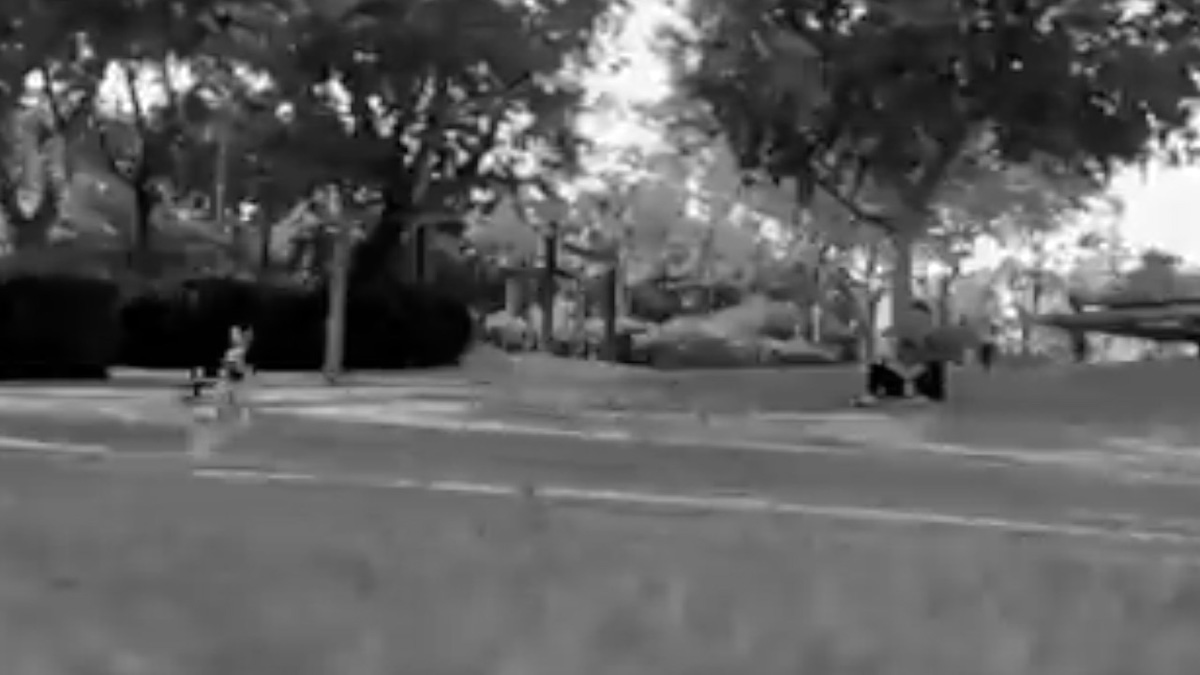 Next we heavily compress the video by significantly reducing its bitrate, which makes the video file much much smaller than the HD clip.
You can see that even though parts of the dog clearly contrast with the background, some bits are still similar enough in greyscale that they are ignored during the compression process making parts of the dog disappear. You can watch the full video clip here.
Of course, none of this means that every CCTV clip of a ghost is fake, or that it's impossible to capture a ghost on camera, but when evaluating evidence of the paranormal you should take a skeptical approach and consider all non-paranormal explanations before declaring something is supernatural.
Digital compression glitches are one such possible explanation that are very common and therefore should always be considered as a possibility for seemingly unexplainable video clips.
Tags:
paranormalghosts